Below by Kira Malko

For many, autumn is a time when Seasonal Affective Disorder (SAD) rears its head. But not for What’s On! And not for you once you take a peek at all you can get involved in this season

If you have to be a bear and hibernate under the covers in the comfort of home we’ve got a few activities to keep you intellectually stimulated. On the other hand, Kyiv plays host to a number of super events you may want to take in before you withdraw for the winter. And they say the best things come in 3.

Autumn is the perfect time to find a new hobby, make a new acquaintance, or (finally!) head to another city you have long wanted to visit. Yes, it is that simple!

The new Vsi.Svoi décor store
Khreshchatyk 34
All shelves and racks of the new Vsi.Svoi “Dim ta Décor” are already stocked with goods and waiting to spread a little more warmth and comfort in your home.
vsi.svoi.store.34

Kurazh Bazar – Flashback 90s
Hlushkova 1
20-21 October
This is the birthday of the Kurazh Bazar with throwback nostalgia including everything from Tamagochis, to Tetris, to Love Is gum, and you are most welcome. It is the perfect way to spend the day with friends. 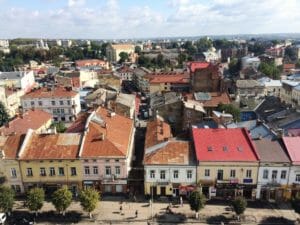 Drohobych
Some time ago it was a centre for oil production, with nearly 13 000 oil extraction points in the region, Regardless, it is one of the most beautiful small cities in western Ukraine.

Sofiivka Park (Uman)
This national arboretum was built by Count Pototsky for his love. Beautiful at any time of the year, but especially in the fall – there is no reason for you not to visit.

Ostrog
One of the oldest cities in Ukraine: from the 14th century it was the residence of Prince Ostrozky, and therefore is home to many stories and secrets. 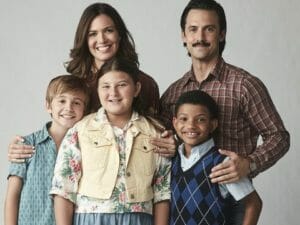 This is Us
A heartwarming and emotional story about a unique set of triplets, their struggles, and their wonderful parents. Nominated for an Emmy Award in 2018, this series will quickly win you over, we promise.

Big Little Lies
The apparently perfect lives of three mothers of first graders unravel to the point of murder. Exciting and with an interesting end, we’ll also see Meryl Streep in the second season.

The Crown
Great empires are always inspiring. This show follows the political rivalries and romances of Queen Elizabeth II, her reign, and the events that shaped the second half of the 20th century.

Tales of the Old Vilnius by Max Frei (fantasy)
What could be more magical and atmospheric than old Europe in the fall? Written by an author from Odesa, this book is made to inspire and dispel bad autumn moods.

The Master of Petersburg by Joan Maxwell Coetzee (fiction)
This book is already considered a modern classic and stands out for many reasons. At the very least, it is surprising that an English-speaking writer created a book about Dostoevsky, who fell in love with St Petersburg in the autumn.

The best antidepressant for SAD is inspiration: inspire, create, look for something new! A Star Is Born (US)
Directed by and starring Bradley Cooper alongside pop diva Lady Gaga, this tells the story of a musician who helps his young singer and actress find fame, even as age and alcoholism sends his own career into a downward spiral.
In cinemas from 11 October

First Man (US)
One more look at the life of astronaut, Neil Armstrong, and the legendary space mission that led him to become the first man to walk on the Moon on 20 July 1969. Played by Ryan Gosling with The Crown’s Claire Foy playing his wife, good performances are guaranteed.
In cinemas from 18 October

A Сity Where Money Does Not Go (UA)
Based on Andriy Kuzma’s short story, this is a story about time, freedom of choice, a closed society, and a person who is struggling against the system. Work on the film lasted about five-and-a-half years. The storyline was plotted by Kuzma in 2013, two years before the death of this author.
In cinemas from 13 September

Things To Change From Yesterday