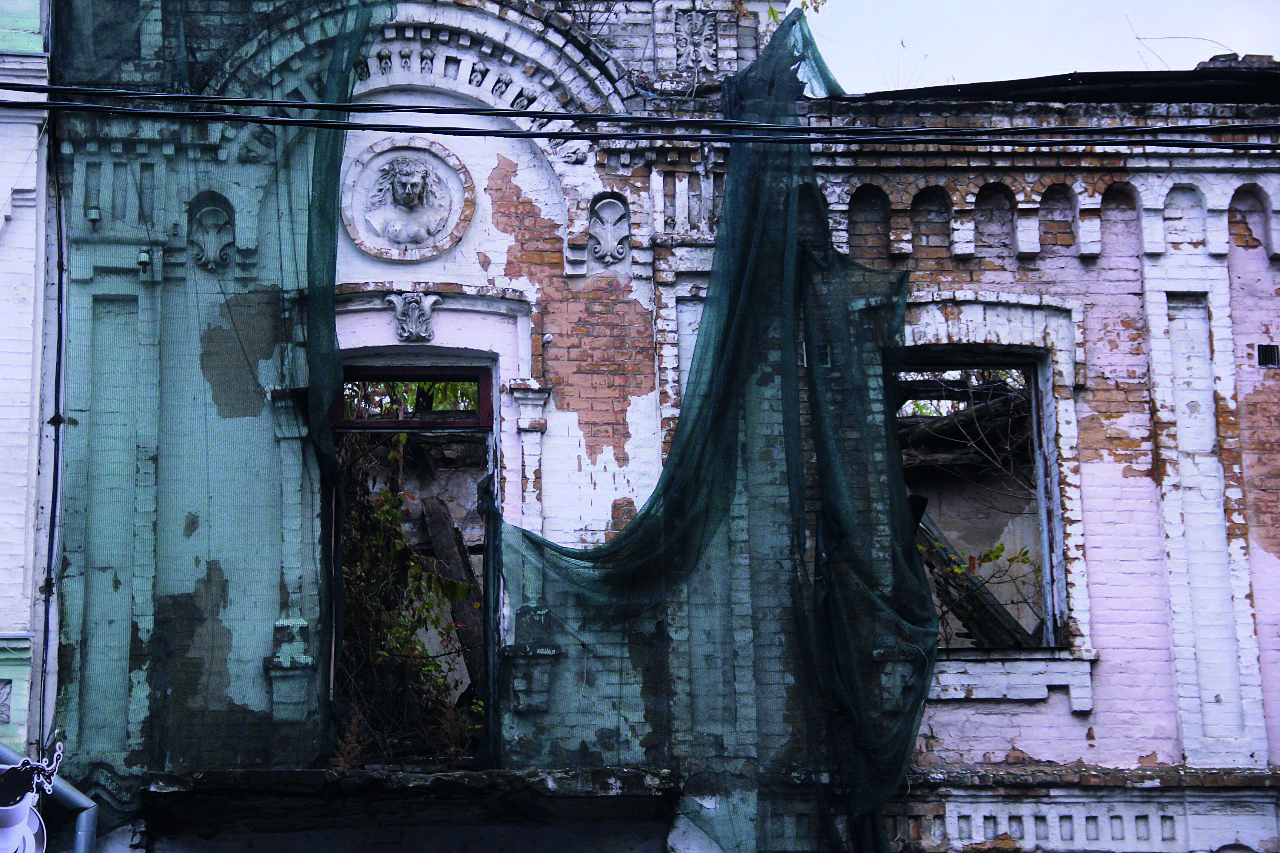 Kyiv is a city of contrasts. A stunning centre and then what is termed here as “sleeping districts” dominated by apartment blocks that are either slightly tired or ultra-modern. Are they awful or urban? You decide 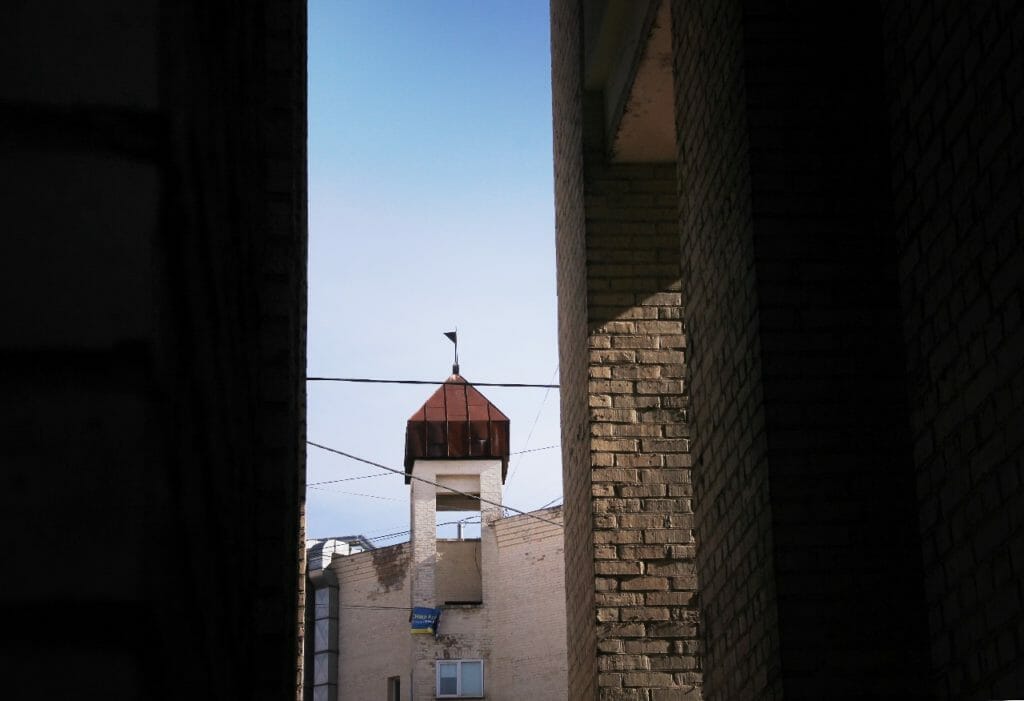 Kyiv’s new-builds often carry names such as Chicago or San Francisco, almost entirely rejecting their own location in favour of presenting as something more glamorous. Then of course, there are the older, more practical and utilitarian buildings that dominate. In general, however, Kyiv does not offer the picturesque New York brownstones or lovely London terraces.

One woman, Alina Virstiuk, has carved out a niche for herself as a tour guide, showing the best and worst the city has to offer. Her main gig is running tours she terms “Awesome Kyiv”. But she has a sideline she dubs “Awful Kyiv”. It is the latter that is proving increasingly popular.

To truly immerse yourself in a city you have to see all sides. Her clientele are keen to do just that. And so that is what she offers them. To take her tour is not to say it is actually awful, but she provides a counterpoint to the endless churches and postcard spots, away from the crowds, and to show a slice of reality of the lives of the people of Kyiv. It makes for a fascinating insight. Here she explains.

She Loves the City 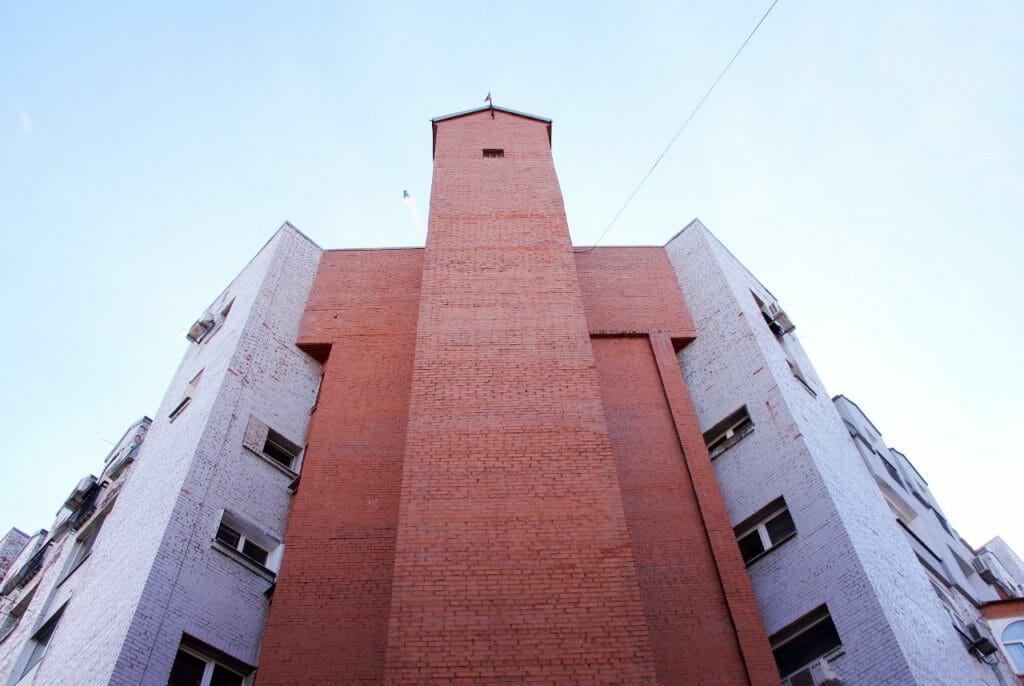 Virstiuk relishes in the contrasts. “My well-worn Kyiv is not always groomed, it’s ancient but has a naïvety like a child. With the endless changes happening here, Kyiv will become neither a second Rome, nor a second Berlin. It will remain unique and the only place I want to live in.” As she tells it, there is almost a brutal honesty about the city.

“Kyiv is a city where you get easily exposed if you are fake. As a traveller, you might think grumpy Kyivites do not smile, but after a while you understand we do not just smile to be polite, we do so to be genuine.

“We are curious about everything. About advanced technology from what we still view as a more ‘civilised’ world, that is reaching Kyiv only now; about people, different to us who, in a country where the majority are ethnic Ukrainian, appear exotic.” 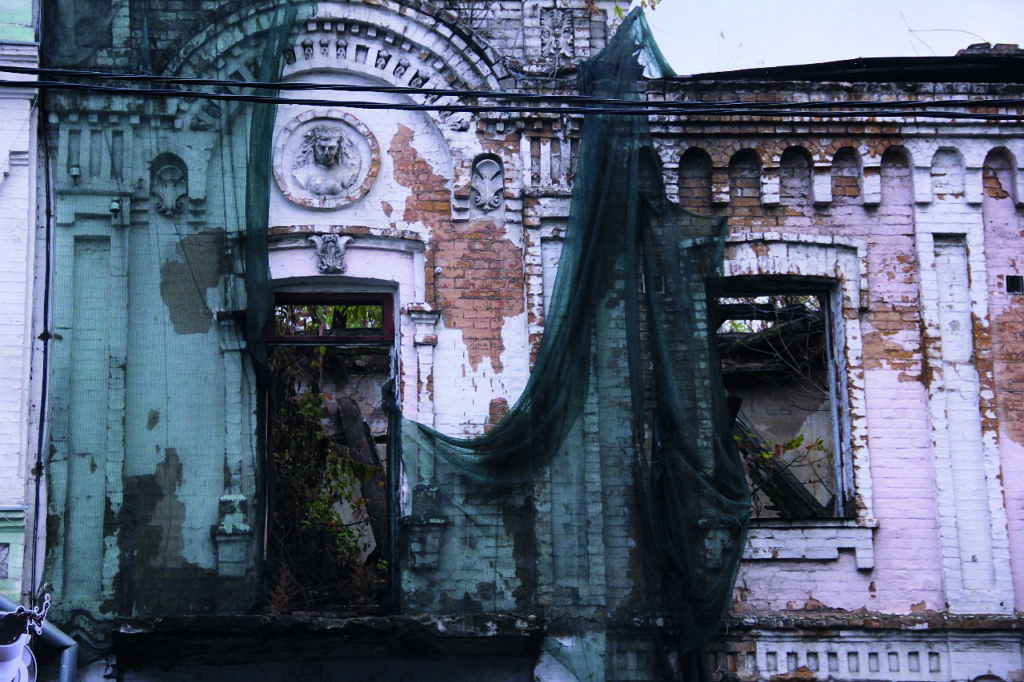 Virstiuk says Ukraine was a mystery for much of the world for such a long time, and that once the world started to discover the country, it confused people. Like a teenager, people are discovering the people and cultures as much as they are discovering themselves. “We give you a taste of the local flavour of who we are, and you give us a taste of being more international.” Despite seemingly dour demeanors, Ukrainians have the ability to laugh at themselves, she says.

“We rally and protest if we do not like something, we sign petitions if we want something, and we simply laugh if we can’t change something. Sarcasm and humour are at our core. When the cost of a metro ride increases by almost double, we organise Facebook events where we pray for prices to go down.

Virstiuk speaks eloquently and honestly about her fellow citizens without gloss and with absolute honesty. “When a storm turns half of Kyiv into ocean and cars are flooded, we take inflatable boats to get to work. When snowfall blocks the streets, we dress for it and ski.

“We laugh at our politicians, the economic situation, the weather and, most importantly, at ourselves.”

“When a storm turns half of Kyiv into ocean and cars are flooded, we take inflatable boats to get to work. When snowfall blocks the streets, we dress for it and ski”

The People Make the City 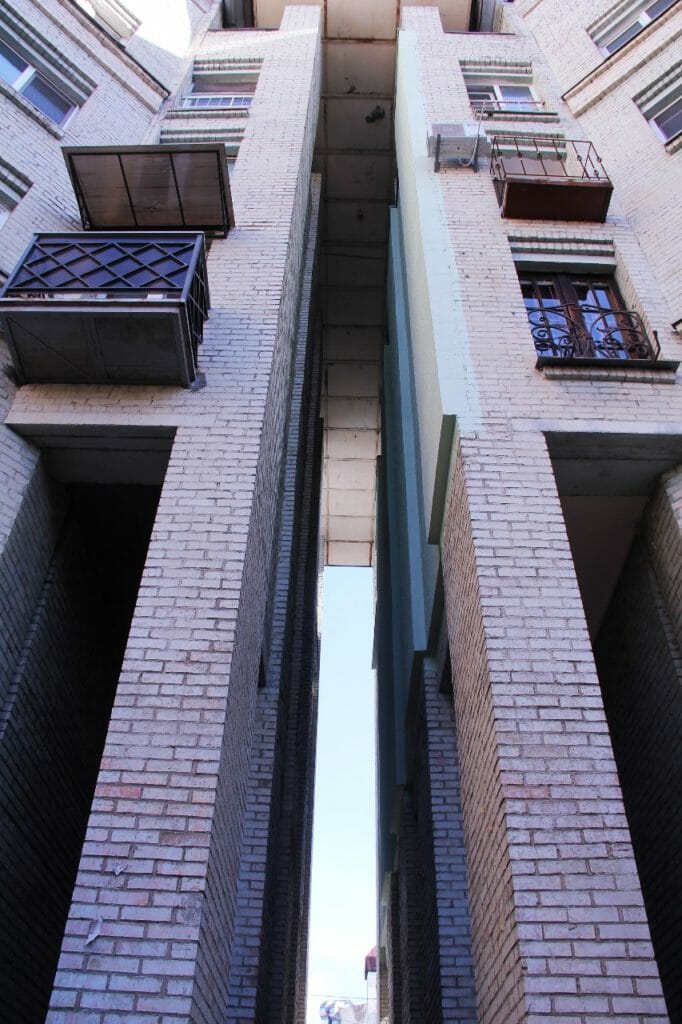 Living in a city like Kyiv, where the tourism is on the rise has perks, she says.  One of them is that the image of the city is not fully formed giving locals power in its shaping.

“Kyiv is 1 536 years old, but only the Revolution of Dignity empowered us to finally show Kyiv to the world and who we are. Most importantly, we finally understood the city is built by us, its citizens. We are in charge of shaping it the way we want.”

As she says, something things work the wrong way around.

“It’s here we implement one of the most modern public bicycle rentals (Nextbike) while having one of the worst infrastructures for cycling. It’s here in Kyiv, it takes 10 minutes to go to the supermarket empty-handed and 30 minutes to get back (not because of what we are carrying, but because Kyiv is a city of hills).” She confesses it is never boring.

“I’m happy we came to Kyiv before it turned into a Disneyland, and everybody started to visit,” she says about one client from the US, who visited with his son. Every metre of this city is different from the last and she cites an example: “The house of Ihor Sikorsky, the creator of the first helicopter, and the founder of ‘Sikorsky Aircraft’ is falling apart right in the city centre surrounded by elite residential buildings.”

“It’s here huge murals appear so often your neck will hurt from constantly looking up. I can live with this pain; it is a small price for living in a city where every metre is different. But it’s not love at first sight.” 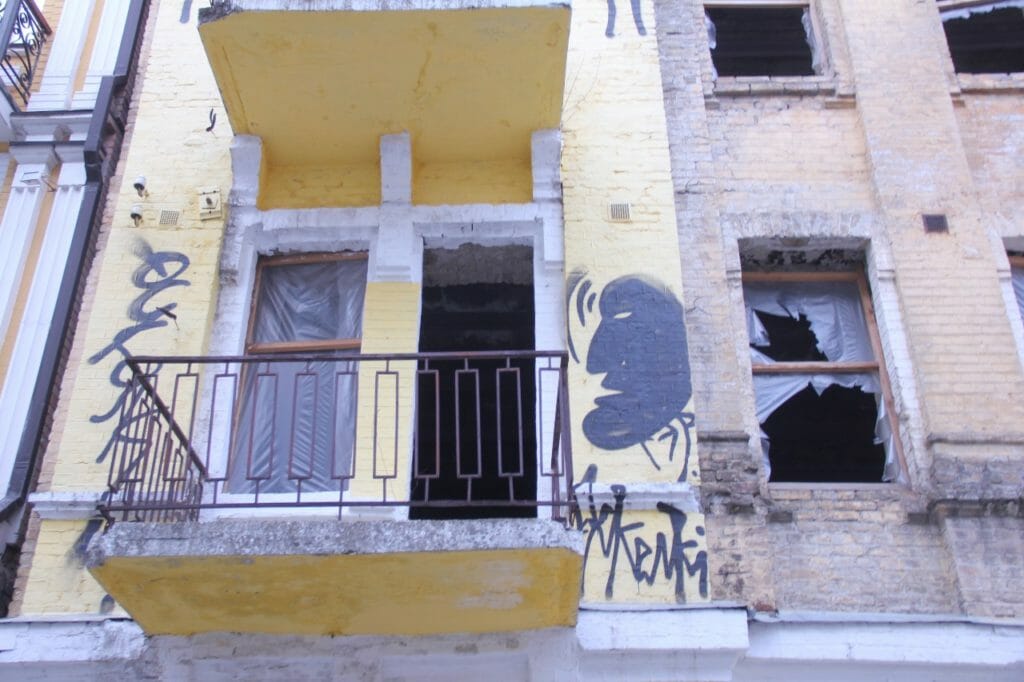 Virstiuk has a conflicted relationship with her hometown. “My love story with Kyiv was a lot like a marriage of convenience. I kind of put the city on ‘probation’, like ‘let’s live together, and see what happens’.” Her love grew when she took time to learn the city.

“Kyiv is awful in some aspects, but this only gives it extra uniqueness. When the feelings are real, you learn to love unconditionally.”

She concludes that a city’s defects, like people’s flaws, often make them more interesting.