If you’ve spent any time in Ukraine, it’s happened to you: you’re at a big celebration, the drinks are flowing, and you’re called upon to give a toast. What do you do? 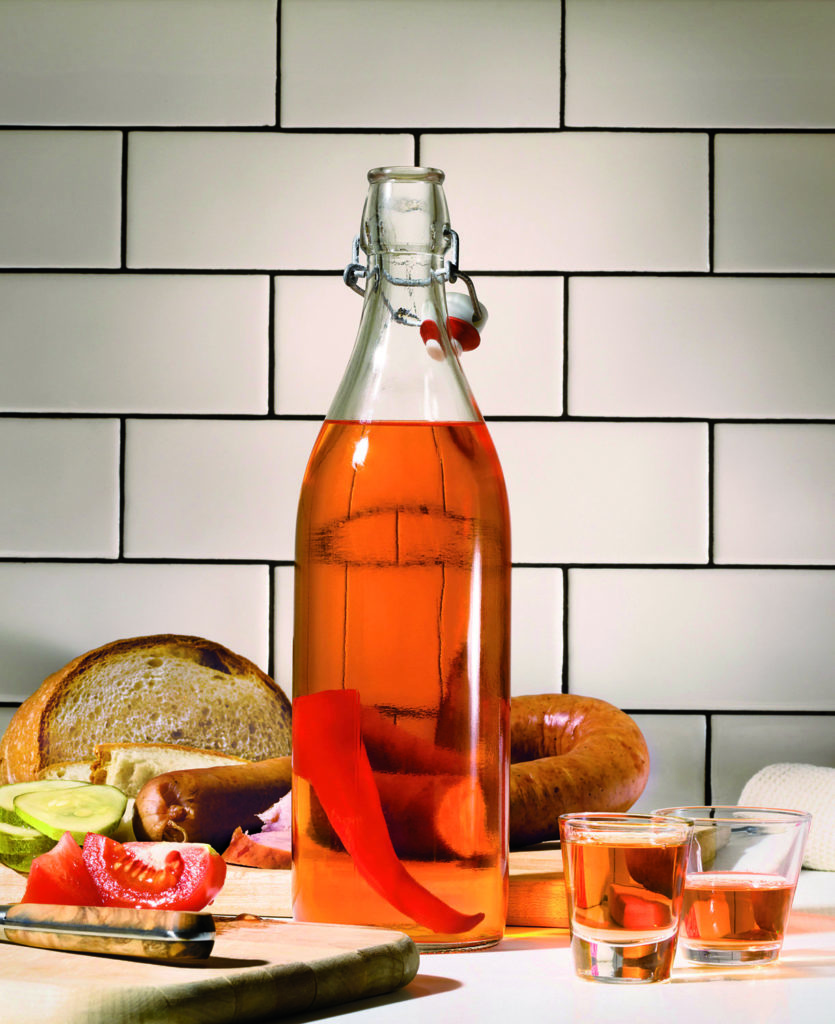 While a popular local toast from back home is always appreciated, Ukrainians actually have a bit of a system when it comes to toasting (whether or not they admit to it is irrelevant). We’ve cracked the system for you so the next time you’re saddled with a toast you’ll know just what to do.

Before you begin: Drinking is a rite of passage in Ukraine. It’s believed that Ukrainians first invited their guests to drink alcohol and eat salo (pig fat) to determine who was Orthodox and who was Muslim. It’s a duty and a privilege to eat, drink, and toast with Ukrainians, so best be prepared. Also, toasts get longer as the night goes on. You’ve been warned!

Warm-Up: Because you just can’t wait

Are things almost ready but not everyone is seated yet? Have you been there for some time but you’re still waiting on the potatoes? Antsy Ukrainians have a toast for that: ‘Razohrev, Sohrev’, which means ‘Let’s have a warm-up’.

Toast #1: To the Meeting

There are no hard and fast rules to toasting in Ukraine (except Toast #3), but generally the first toast is to the reason you’re meeting. Somebody’s birthday? It’s for the birthday boy or girl. Celebrating with former classmates? To the university, or graduation, or classmates. Teacher’s day? You get the drift. Could literally just be “For our meeting” (za zustrich).

Toast #2: To Friends, Happiness, or Health 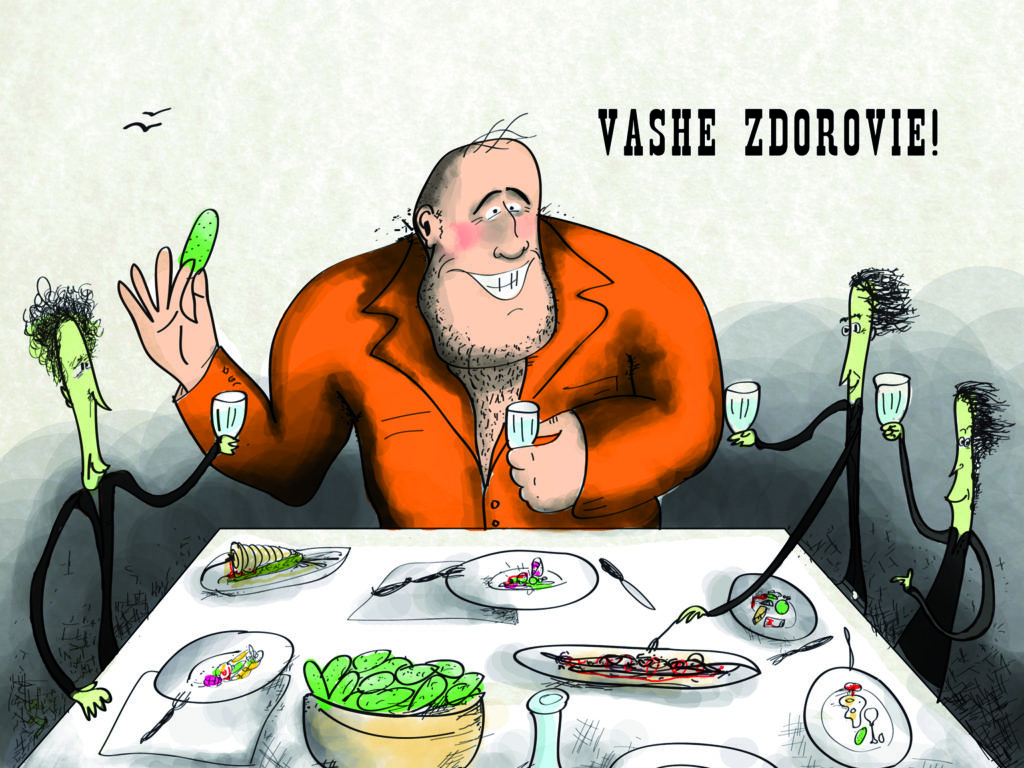 The second toast is even murkier than the first, but it usually ends up being a combination of to friends (za druzi), to friendship (za druzba), to happiness (za shchastya), or to health (na zdorovya). You could drink to them all, or split them up for later.

Toast Like a Cossack! While ‘na zdorovya’ is perfectly acceptable in Ukraine, you will also hear it in Russia and Poland. A more ‘Ukrainian’ variant is ‘budmo’ (cheers). To really impress your Ukrainian friends, yell out ‘budmo’ and the rest of the crowd will yell back ‘hey’! Do it again and wait for the reply. On the third round, yell ‘budmo’ three times quickly in succession. Three straight “heys” will be the reply with cheers all around!

The third toast is always to love (za lyubov) and is the only iron-clad rule for toasting in Ukraine. It doesn’t necessarily have to be romantic love (although that’s always preferable) but still needs to be ‘to love’. Everything from “to the love of my life” to “to being able to love again” to “to loving Dynamo Kyiv” could work here. This toast tends to be made from men to women (although a separate toast to women is entirely possible). If so, the men should stand.

Toast #4: To the Men, Grandparents, or Family

If the men stood for the last toast, it’s the ladies’ turn now. Get on up and toast your boys! If not, the toast usually goes to family. Grandparents (za babusi i didusi) if they are there. To parents (za batkiv) if not. Start with the eldest at the meeting. To family (za simyi) works here too.

Missed the toast to friends, family, or women? Now’s your chance. Any of the ideas discussed above that haven’t been toasted to yet are fair game. By now the toasts should be getting longer, so be sure to introduce your toast with a line or two about why it’s important. For example, instead of “to women”, it should sound more like, “What would we do without the women in our lives?” Then spend a minute or two explaining why they’re important.

This is the perfect time to break out that great toast you have from back home. Be sure to explain why it’s important. Careful if you’re drinking with a Georgian – he may give you ‘alle virde’ and return the toast right back to you!

Penalty! Is someone not keeping up? It’s time to give them a ‘fine’ (shtrafnaya). Extra pour for them!

While it’s not a rule, often you will find that a group of Ukrainians will toast to their lost relatives – especially at family gatherings. The seventh toast is the generally accepted spot for this toast.

Let’s add some humour to the mix. Ukrainians have plenty of clever toasts – see if you can memorise one or two. Something like ‘skilky vodky ne bery, vse ravno dva raza behat!’ (no matter how much vodka you bring, you’ll always end up going back to get more!) or ‘horilka bez pyvo, hroshi na viter!’ (vodka without beer is a waste of money!).

Toast #9: To the Warriors

It’s not lost on Ukrainians that while they drink and feast, there are others currently fighting a war on their behalf. A toast to remember them is welcome. Here’s a good one to remember, ‘za nas, za vas, i za Donbas!’ (to us, to you, and to Donbas).

By now the toasts will have become speeches. They can be time-consuming, emotional, and touching. If all the ideas above have been exhausted, try expressing gratitude. Thank the hosts, your friends, the country or culture. Tell your friends why they are special, why Ukraine is special, or why this experience is special. Break out the tissues!

Leaving a feast in Ukraine can be a tall order. Often it takes several attempts to clear the door. Consequently, there are several toasts on your way out. The first to use is ‘na pososhok’, meaning ‘for the road’. Tradition has it that if you can’t do this shot, you should stay the night.

Okay. Now it’s really time to leave. You can use the toast ‘stremena’, meaning ‘to get into the stirrups’. It’s a slow process…

Third time’s a charm, right? Let’s have one for the road (na konya, meaning to get on the horse). You can even give a rhyming little ditty to impress everyone before you go, like ‘the last one’s for our wishes’ (ostanya dlya nashi bazhannya). 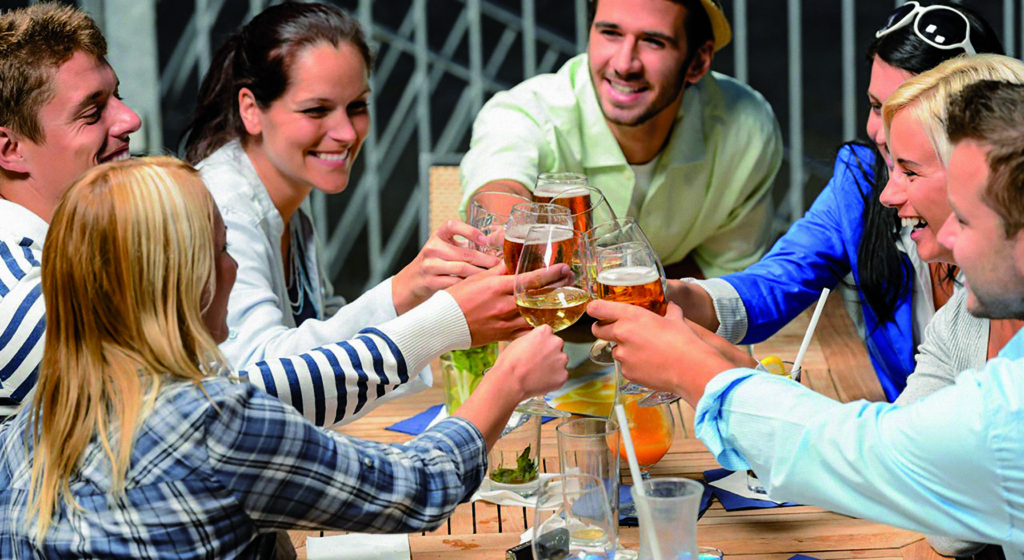