There is something captivating about handmade ceramics. The clay preserves the warmth and energy of the hands that shaped it, while the objects balance function, form, and durability. Pots can also tell stories, from the classical scenes portrayed on Ancient Greek vessels to the playful contemporary artworks of Grayson Perry.

Ukraine too has its fair share of ceramic lore. Kosiv, a small town in the Carpathians, is home to ‘the Hutsul wonder’ – painted ceramics that, last year, made it onto the UNESCO representative list of Intangible Cultural Heritage (along with Petrykivka painting and the Cossack songs of the Dnipropetrovsk region). 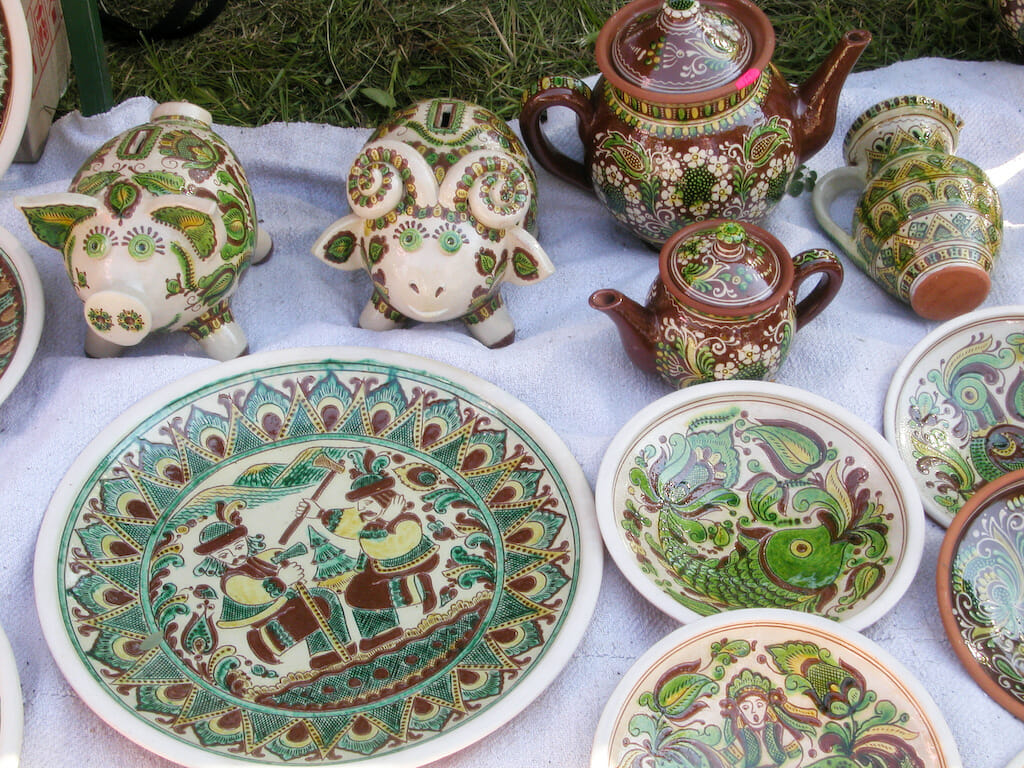 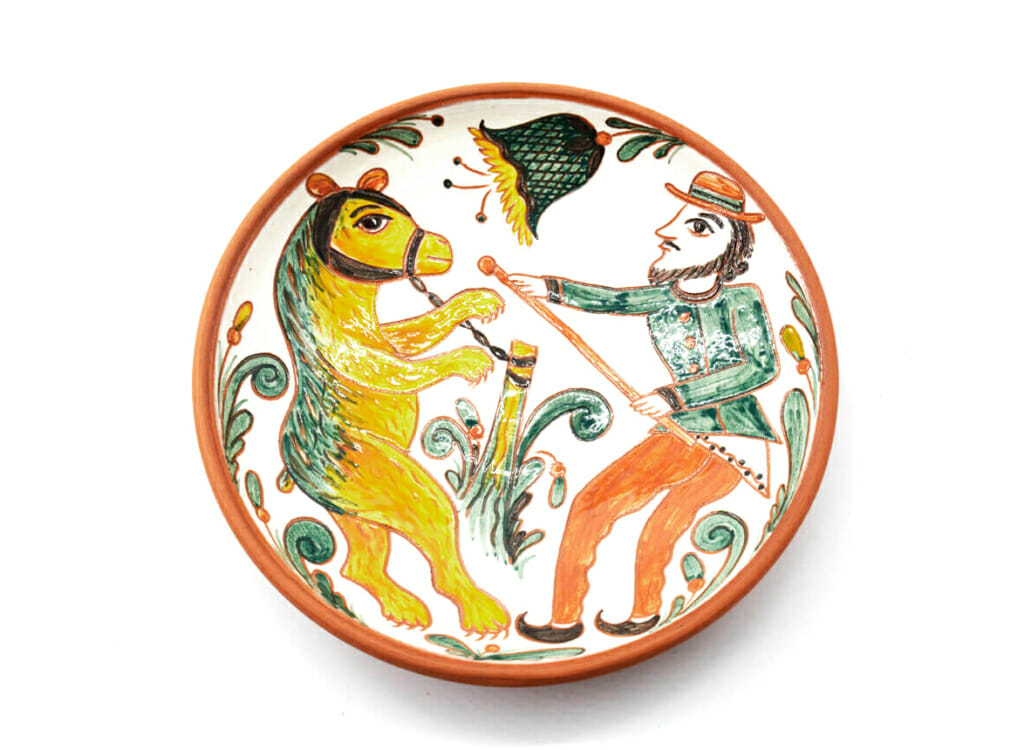 The tradition of Kosiv painted pottery – tableware, toys, and tiles – emerged in the 18th century and reached its climax in the second half of the 19th century, during the Austro-Hungarian Empire.

“Emperor Franz Josef held the Hutsul artisans in high esteem,” explains Mariia Hryniuk, head of the charity Authentic Hutsulschyna, and an artisan herself. “He commissioned work from them and organised exhibitions. The Emperor particularly admired the work of [potter] Oleksa Bakhmatyuk.”

Folk crafts have been through many ups and downs since then, but as they say: life is short, and art is long.

“Kosiv’s tradition has been passed down from generation to generation, and local artisans of different ages keep it alive, original, and up-to-date,” says Hryniuk. “It has remained immune to the effects of globalisation.” 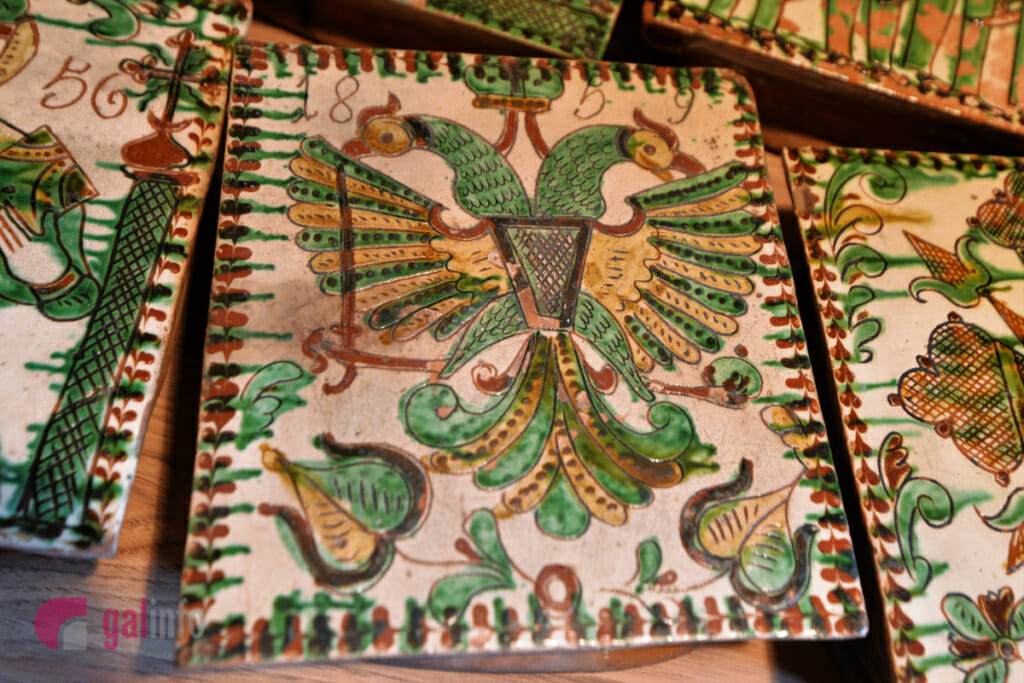 What makes this pottery so special? Firstly, its trademark tricolour palette: vibrant hues of green (like the towering forests), brown (the fertile land), and yellow (the sun), against a white background.

“I call it a ‘wet-on-wet watercolour’. Some use a poetic term – ‘paint tears’ – to describe this method. It’s as if the kiln is crying inside, drawing patterns,” Hryniuk continues.

“These motifs tell the stories of people’s everyday lives,” says Hryniuk. “We can find out what was going on 150 years ago. We see Austrian troops and Catholic churches dating back to the 19th century. The plots changed over time.”

The manufacturing technique is unique and complex. The objects are made of local dark grey clay (tinged red in the process), layered with white liquid clay (or engobe), and topped with clay of a creamy texture. Potters use a metal stick to outline the design on the dried white surface. Using pipettes, they fill the contour lines with brown engobe and give the object a first firing in the kiln. 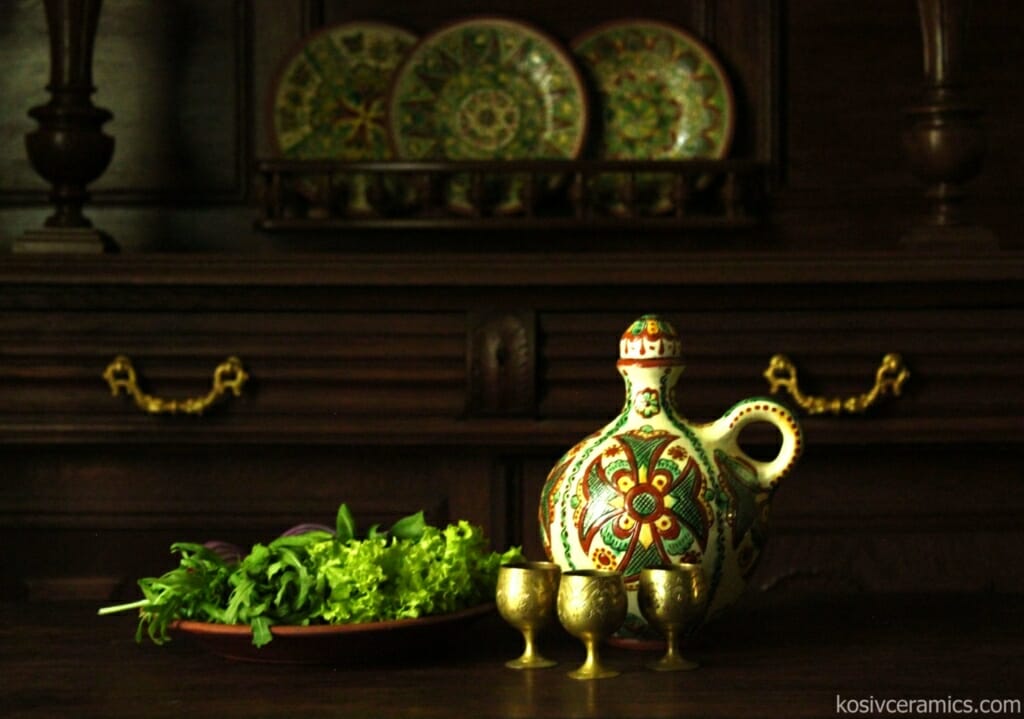 Once dried, it is painted yellow and green, coated with transparent glaze, and fired again. The item acquires its final tone when it comes out of the oven, thanks to a chemical reaction. “Each potter has their own secret for making the colours,” Hryniuk adds.

Tempted to buy a new piece for your crockery collection? Numerous local artisans still specialise in the technique. Check out these sites for ideas and pricing information:

Watch this video showcasing the crafts of Kosiv.