The narrative around gender equality has dramatically shifted in the past few years in Ukraine. With the advent of International Women’s Day, What’s On takes time to celebrate female determination, reflect on the progress that has been made, and outline the critical deterrents to gender equality

Addressing domestic violence: The Ukrainian Ministry of Social Policy has recently launched 15-47 – a 24/7 national hotline to help victims of domestic abuse. The service provides psychological and legal assistance to anyone who has been threatened or affected by domestic abusers. It is anonymous and confidential.

Ukraine is ranked 59th in the global gender gap report.
The overall trend is positive, however, it has moved up six places over the past year.

Women embracing politics: 21% of the newly-elected members of parliament are women, while the previous convocation included only 12%.

Women in tech: Over the last five years, the percentage of women in the IT sphere has risen to 24% – now in line with the global average. 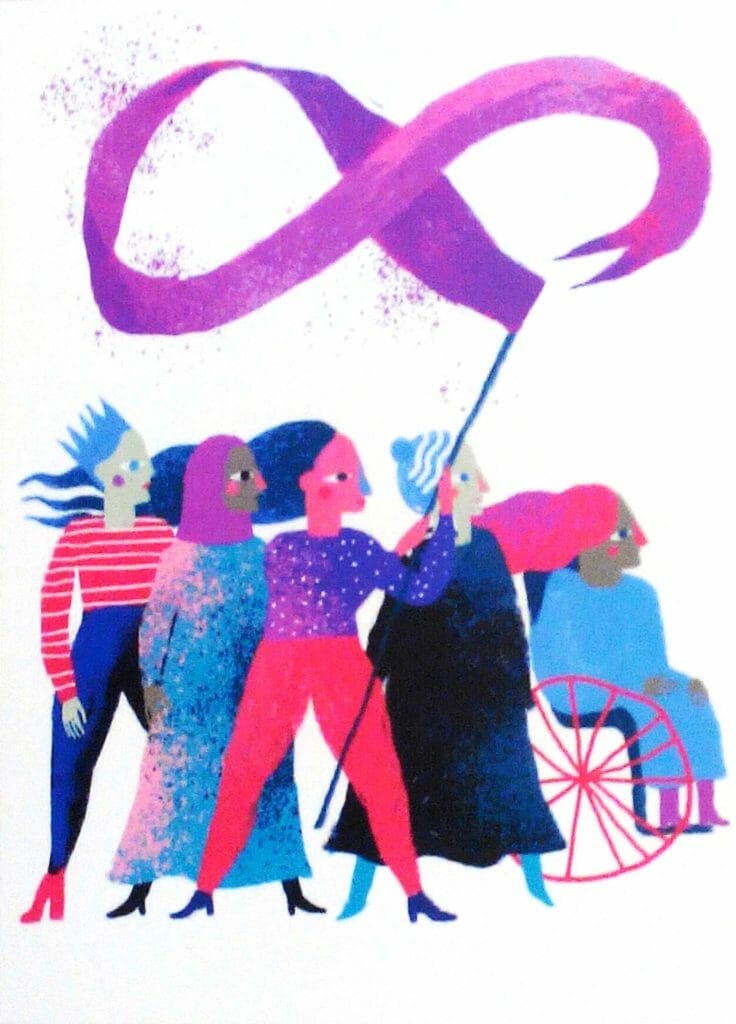 Women in the military: After the government reversed the ban on women performing 458 “non-female” occupations, many women leapt at the chance to fill these roles that had for so long been out of reach:

Feminitives: After much heated and complex debate, feminitives (or female-specific versions of nouns denoting occupations) naturally made their way into everyday language use. In May 2019, the Cabinet of Ministers ruled to allow the official usage of feminitives for certain professions (think редакторка – female editor, амбасадорка – female ambassador).

Housework imbalance: The unequal sharing of domestic duties remains unaddressed in Ukraine. Oksana Dyakonenko, of the Institute of Demography and Social Studies, says, “Discrimination at the family level is caused by gender stereotypes, which are particularly prevalent among the poor social strata. The workload of women at home far exceeds the corresponding time men devote to household duties.” The never-ending dilemma of family versus career, places incredible physical and psychological strain on Ukrainian women, affecting their earning potential and reducing opportunities for professional growth.

Salary gap: Ukrainian women earn 23% less than men, according to 2019 data from the State Statistics Service of Ukraine.

It will take another 99.5 years to achieve global gender equality.

Sexist politicians: Deputies come and go but mocking humiliating speech against women among the “servants of the people” remains. The social media campaign #ятобінебренд (#ImNotABrand) was launched in direct response to Zelenskiy’s remark that “Beautiful women remain the core brand of Ukraine”, on his visit to a French start-up conference.

High abuse rates: The latest police data estimates that nearly 1 million women in Ukraine become victims of physical and sexual abuse each year. Only 10% report the assault, while just 17% know where to find help.

What’s On would like to wish women everywhere a fantastic Women’s Day. May you continue to shine.