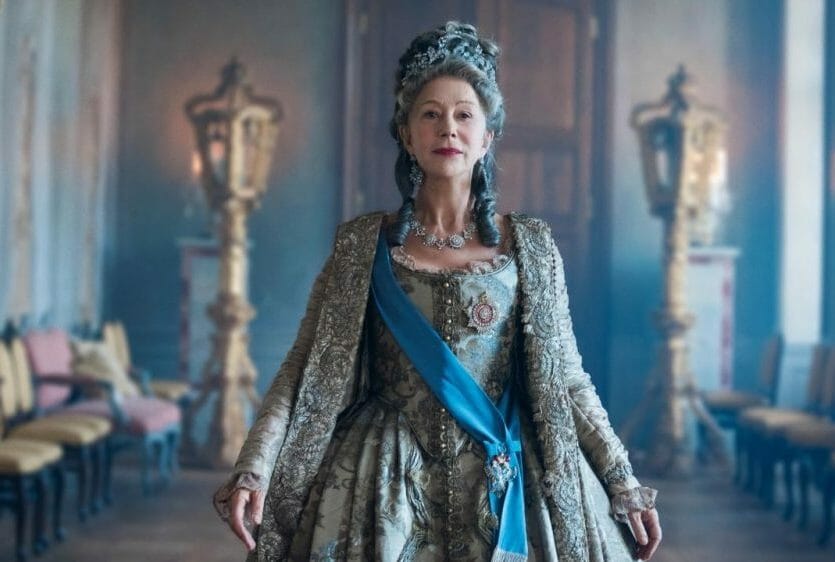 Hot on the heels of Chornobyl is Sky Atlantic and HBO’s Catherine the Great, the latest production to focus on this part of the world.

As well as dispelling some myths (spoiler: she did not die copulating with a stallion, although she did have a veracious sexual appetite). She was one of the longest reigning female monarchs in history, built an empire, and was the last female to rule all of Russia, due to her semi-estranged son and heir who decreeing a woman would never be allowed to rule again. Dame Helen Mirren plays the titular Catherine the Great in a commanding performance; there is no doubt this is a Dame who can pull off a performance of this magnitude, already tackling Elizabeth I and Elizabeth II in an Oscar winning turn. This ramps things up a little from the dour and dutiful Liz’s, and Mirren, who was also an executive producer on the four-part series, is at the centre of a lavish costume drama with all the bawdiness, bodice-ripping, and bed-hopping you expect from the genre, with a string of young men eager to please the empress. However, you can add conspiracy, politics, and carnage all in the name of Mother Russia to the sex.

As the show depicts, Grigory Potemkin (played by Jason Clarke), Catherine’s favourite lover (she is said to have had up to 12 others) and second-in-command, engineered land grabs and the expansion of the empire. For those with an interest in Ukraine’s complex history, Catherine played a huge role in the establishment of Ukraine as we know it today. The show also sheds some light on one some hotly sought-after real estate, Crimea.

The German-born Catherine died of a stroke (not by stallion) after a 32-year reign aged 67 in 1796 and the series focuses on the final years of her reign. A large part of the action is devoted to the Russo-Turkish War which progressively led to more and more territory taken along the Black Sea, meaning with the wresting of southern Ukraine from the Turks, new cities, Odesa, Mykolaiv, Yekaterinoslav (translated as the ‘Glory of Catherine’ now modern Dnipro), and Kherson were founded. Some of these are mentioned in passing in the miniseries before the action turns to Crimea.

The Russo-Turk War ended in a treaty in 1783 and Catherine the Great annexed the Crimean Peninsula roughly 250 years before Russian president Vladimir Putin did the same thing. Potemkin, as depicted, oversaw the establishment of Sevastopil and is depicted as outlining his grand plan for the city ahead of Catherine visiting and travelling in a grand flotilla to look at the new city and the freshly conquered land.

It is a crash course in some fascinating aspects of the history of this part of the world, that leaves you trapped in a Wikipedia loop afterwards if you want to know more. Or you can just bask in watching a portrayal of a woman who knew what she wanted and took it, in and out of the bedchamber.

Catherine the Great premiered 3 October on Sky Atlantic in the UK, and 21 October on HBO in the US, and is available for streaming officially (or unofficially if you know where to look).