Learning about and connecting with others has always been important, but after six weeks into the COVID-19 quarantine in Ukraine, the need for human connection has become even more apparent. Though social media and online video chats help, sometimes you long for something deeper, something that connects you to those outside your circle. That’s where Docudays UA comes in.

Docudays UA is an international human rights documentary film festival — the only one in Ukraine — and is celebrating its 17th year. Usually, festival-goers buy tickets to attend films at various locations in Kyiv, but this year, adapting to current world events, Docudays UA will take place online, all for free.

From 24 April to 10 May, 70 films by directors from across the world will be available on the festival’s platform DOCU/SPACE (docudays.org). After registering on DOCU/SPACE, anyone in Ukraine can access these films, which includes ones from the competition part of the festival and others not in the competition. “Teen Spirit” is this year’s festival theme, though not all the films fit this category. However, what does connect all Docudays UA films is the common yet broad theme of human rights.

To help the festival be more accessible, three films (Time Machine, The Brink, and The Earth is Blue as an Orange) have audio descriptions available through the Earcatch app. Besides movies, the festival also features daily DJ sets, workshops, lectures, and conversations with directors and critics. 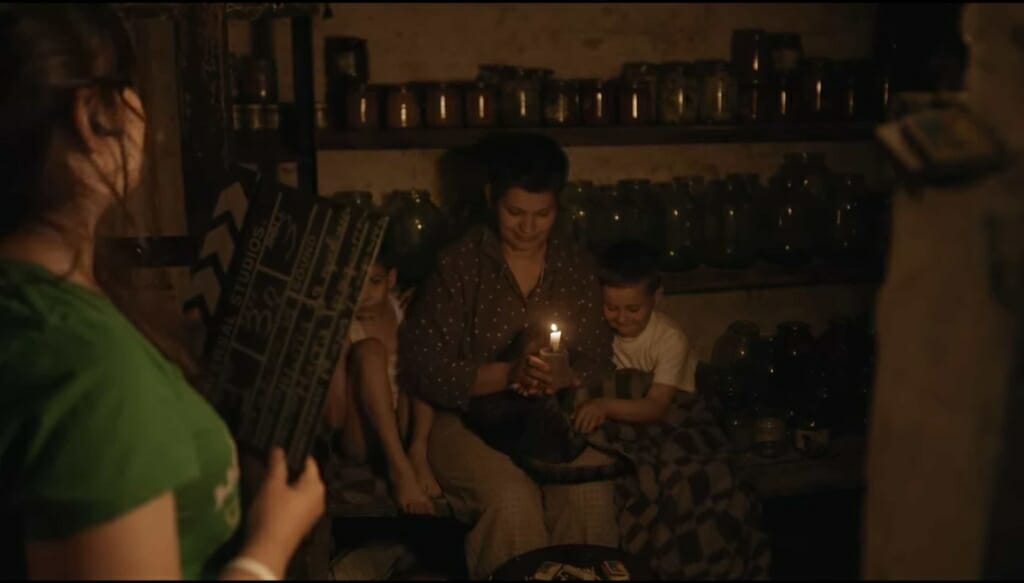 Though this year’s festival is free, you can make donations to the event, and get swag in return, at docudays.ua/eng/donate.

Most films are available during the entire festival. However, the films in the category DOCU/UKRAINE — that is, those part of the national competition — will only be accessible for one day. The full schedule is available at docudays.ua/eng/events/2020/04/24. Here are the films in the DOCU/UKRAINE category, which are set in Ukraine and have Ukrainian directors. These films have English subtitles.

Don’t Worry, The Doors Will Open: Directed by Oksana Karpovych, this film follows those who commute on an elektrychka, a typical Soviet commuter train that travels between Kyiv and several small towns. “A suburban train attracts me with its wretchedness and beauty at once; it’s a space of many contradictions and a bundle of absurdity which fills our daily life in Ukraine”, Karpovych said in an interview with Docudays UA. Don’t Worry, The Doors Will Open gives an inside look at the everyday struggles of the working class who travel on this train. Watch the trailer at vimeo.com/371905996. 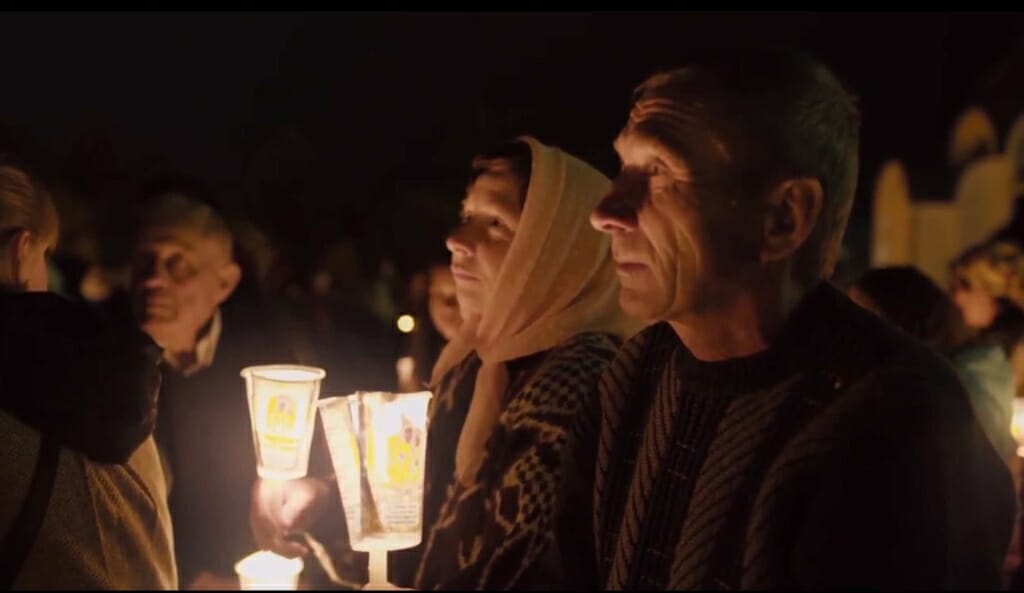 New Jerusalem: Each year, thousands of people take part in a pilgrimage to Zarvanytsia in Ukraine’s Ternopil Oblast. The Virgin Mary is said to have appeared in Zarvanytsia in the 13th century. Directed by Yarema Malashchuk and Roman Himey, the film focuses on the pilgrimage to this village where people pray, talk with others, and witness miracles. Watch a trailer of New Jerusalem at youtube.com/watch?v=b_955Pr8GV4.

The Building: Described as a poem of moving images, The Building takes a look at the Derzhprom — House of State Industry — in Kharkiv. The Derzhprom, built between 1925 and 1928, is a complex of multiple constructivist buildings, creating an impressive skyline full of history. Watch the trailer for the film, which is directed by Tatjana Kononenko and Matilda Mester, at vimeo.com/363581512.

The Earth Is Blue as an Orange: “The war in Ukraine still goes on but so does life.” That one sentence in the description for The Earth Is Blue as an Orange captures this entire film. Director Iryna Tsilyk shares the story of a single mother and her four children who are producing a movie together as they live through the war in the Donbas. It’s a touching story where devastation meets hope. Watch the film’s trailer at youtube.com/watch?v=wGILh9uVXi4.

War Note: Compiling personal videos from Ukrainian soldiers on the frontline of the war with Russia, director Roman Liubyi gives a raw look at what life in Eastern Ukraine is really like. The film shows how behaviour, relationships, and humour differ on the frontline compared to elsewhere in Ukraine. Find War Note’s trailer at youtube.com/watch?v=vVtNz0TgA18.