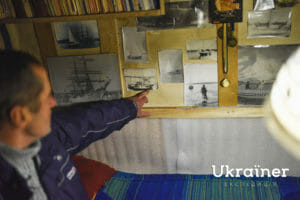 Despite the enormous potential of water resources, there are only a few places in Ukraine that can be called small shipbuilding hubs. One of them is in the Poltava region, in the city of Horishni Plavni (plavni = reed beds).
People from all over the Soviet Union used to come here, to former Komsomolsk, to “build communism”. For the sake of the construction of ore mining and a processing plant, some picturesque villages were destroyed, and the Dnipro River was turned into the Kakhovka Reservoir, by which people could get to Cherkasy or Kyiv. Fortunately, the reed beds have remained and now they are encircling the city, which signaled a return to its historical name – Horishni Plavni. 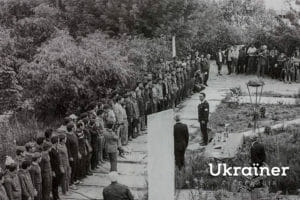 Vasyl Leshchenko is the founder of the city yacht club which has become a kind of business card of Horishni Plavni, with his own handmade yacht recognised as the emblem of the city. It all started with a great desire to be on the water in 1972, when Leschenko bought an ordinary wooden boat for 10 rubles (the salary was 100 rubles at that time), to which he tied a sail. He went sailing with his whole family and later decided to build a cabin on that boat to be able to spend the night on board. It was already something similar to a yacht but without a motor. Later, he bought a second-hand boat engine – the Moscow-10 – for 40 rubles. With his 4.5 m long yacht, complete with cabin and motor, Vasyl was considered the coolest boatman in Horishni Plavni. 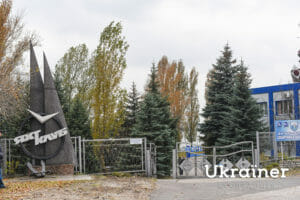 Vasyl says, “There were self-made yachts in Kremenchuk at that time. But the centre of independent small shipbuilding was Kyiv. In 1978, the yacht from Horishni Plavni took part in the regatta together with a team from Kremenchuk, sailing 300 miles on the Kaniv Reservoir. That was the time when I got to the Kyiv city yacht cruising club for the first time. It was really something! There were a lot of handmade yachts. I realised I would be able to build something like that, too.
There will be another exciting port of call in Issue 8. Can’t wait? Visit www.ukrainer.net

“In such conditions people learn to live in harmony with the nature and with themselves, too”