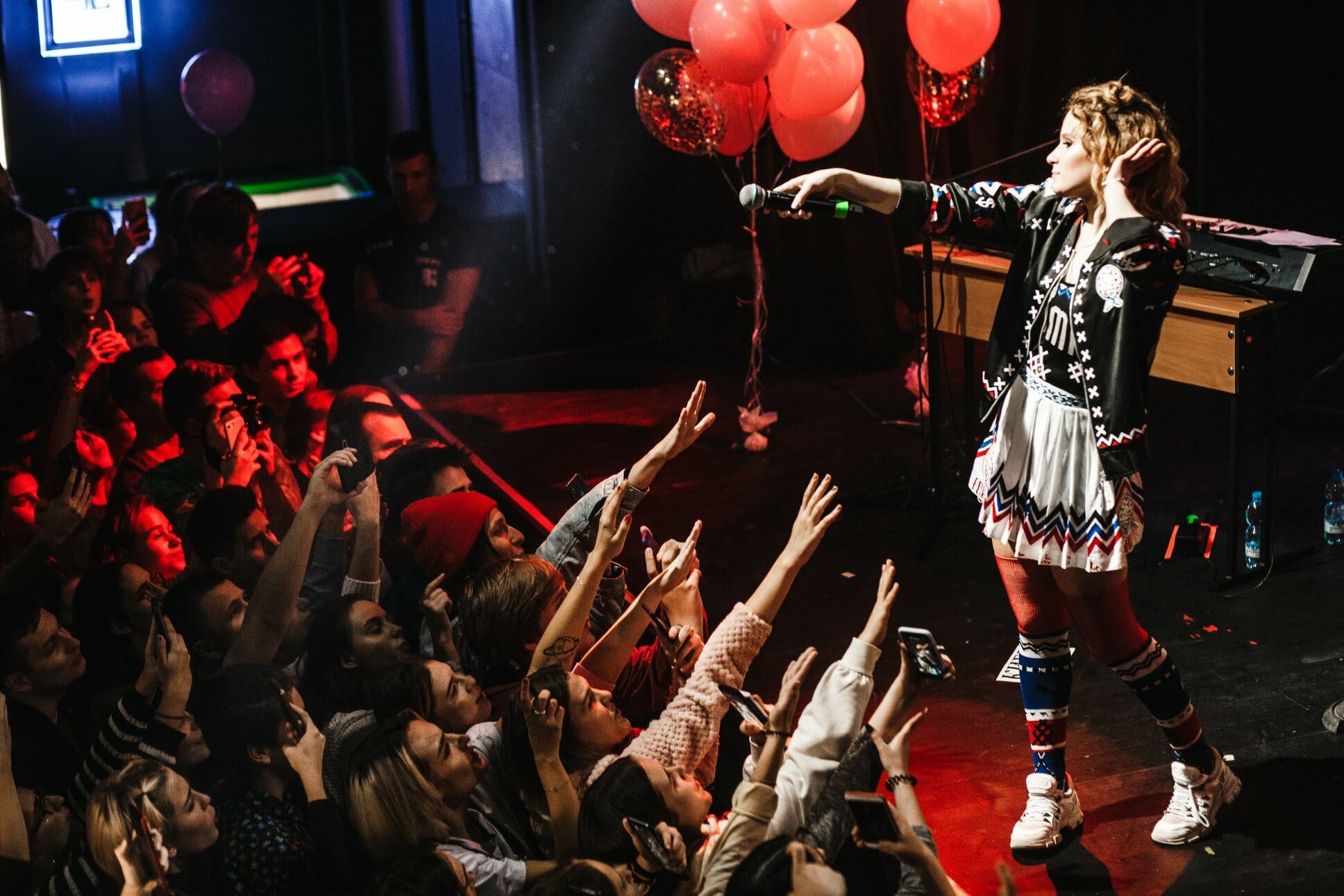 There are many events scheduled for November and December featuring performances from musicians of the “new Russian wave”. If not sellouts, they are attracting large audiences. Due to the political situation between Russia and Ukraine it seems unreal. Who are those behind this Russian wave? And why now?

Monetochka started as a schoolgirl harnessing the internet with ironic songs, later becoming a popular internet meme. These days, it’s not hard to gain success in music if you’re a popular blogger. Her duet – Childfree with Noize MC, which was initially investigated by the prosecutor’s office, appeared on her first long-play album Colouring Books for Adults. Released in 2018, it led to her becoming an influential character in Russian pop culture.

As Russian-language content infiltrates Ukrainian news feeds, it’s a no-brainer that Russian identities get noticed. Praised by Zemfira – a legend of Russian rock, in large part for her lyrics, Monetochka employs themes that relate to life and death, love, society, everyday reality and relevant issues – appealing to the language of a generation, and familiar issues of youth in Ukraine as well as Russia. Recently performing The Last Disco in Ukrainian at Kyiv’s Atlas, there is no political agenda here. Rather, hers is an appeal to a shared mentality.

Though labelled representatives of Russian wave, this group began its journey in Kharkiv. Reposts on Russian social media site Vkontakte, and elsewhere, and subsequent press attention resulted in a popularity that led to this band being called the “new Nirvana”.

As a rule, the group is either loved or loathed, illustrating as they do the dark side of teenage reality: advocating for cheap alcohol, choice words, drugs, parties, and sex, or the typical environment occupied by “cool” teens. Based on just three chords and total madness at their concerts, a big part of their audience is not schoolboys, but adult hipsters, curiously, who sing along to the lyrics and take their place in the mosh pit. The media call frontman 20-year-old Kirill Blednyi the “voice of a generation”. So, maybe, heroes of youth in today’s day and age do look like this. Is it good or bad? Like it or not they tap a reality that is here and now, and speak to a generation in uncertainty, conflict, and flux.

Then there’s Grechka. From humble means, this 18-year-old singer-songwriter from the typical Russian countryside, moved to St Petersburg and, thanks, of course, to Vkontakte, became a popular hit sensation. Having released a remix of the 90s hit Love me, Love, she appeared as the musical guest on the popular Russian late-night talk show Evening Urgant, where the traditional Russian acoustic chanson, combined with simple melodies and lyrics about teenage life, hit a nerve.

There are many other young underground Russian music projects with a following in Ukraine, such as SBP4, We, Shortparis, Buerak, Glintshake, and I am Waiting for you Last Summer. What do they have in common? They are DIY projects that became popular without promo or money. They sing about the post-Soviet reality for youth, with musical elements from the 90s, and they continue to resonate in today’s cultural context. They tap into sentiments and common experience away from politics and show that despite the conflict, maybe people at the grass-roots of society are not so different after all.