If you dream of flying high into the clouds and soaring with the birds wait no longer. Just outside of Kyiv there’s a place you can do exactly that.
If you jump in a car and drive nearly 60 km west of Kyiv, you’ll reach the Aeroprakt airfield, near the village of Nalyvaikivka. With clear skies and golden sunrays in our midst, we were cleared for take-off and airborne in six seconds flat. 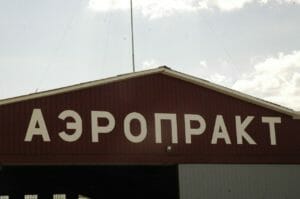 Those With Wings
Aeroprakt operates as both an aircraft manufacturer and aeroclub with its history dating back to the Soviet era. The aerodrome itself is clean with well-kept grounds and trimmed grass lawns. A couple of ultralight aircraft fly above our heads with numerous more parked in a shed and on runways dotted around the territory. Yuriy Yakovlyev, a pilot, aircraft designer, and Aeroprakt’s founder and visionary cordially meets us, ready to talk about his past, his present, and love for flying. In his 50s, he exudes youthful energy and impresses as a happy individual who seems to have achieved everything he might have wanted in life, but he still has big plans for future. 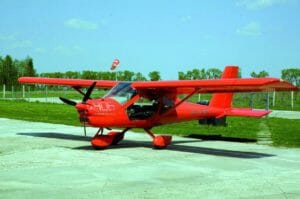 Antonov Traditions, US Breakthroughs
“Our professional background takes its origins from Kyiv’s legendary Antonov Design Bureau where I worked as a design engineer from 1985 through to 1995, after graduating from Kuybyshev Aviation Institute [now Samara State Aerospace University in Russia]”, Yakovlyev says. “I contributed to developing the Antonov An-38 and An-70 models.”
In 1985, together with a couple of other friends equally fond of flying, he founded the Kyiv-based Aeroprakt. It acquired its name from a similar amateur aircraft design club in Samara where Yakovlyev constructed his Quickie-inspired plane. “The original Quickie was initially designed by American aerospace engineer Burt Rutan – ‘a god’ of homebuilt unusual-looking airplanes,” Yakovlyev explains.
Rutan is renowned for designing Voyager, the same aircraft that completed the first nonstop, non-refuelled flight around the world in 1986. The world’s first private spacecraft SpaceShipOne is also his brainchild. “I was so excited to meet Burt Rutan in person at the 2011 AirVenture air show in Oshkosh, Wisconsin. The most amazing thing was that he had heard about my Quickie version I’d had transported from Samara three years prior,” Yakovlyev says, shining with pride as he demonstrates the extraordinary plane. 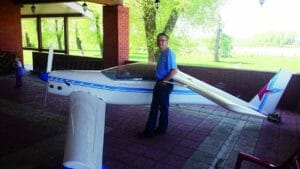 Business Wise
In 1991, the company began its commercial activity with a focus on international markets. “In 1993, we sold our first aircraft to Hungary and received an order to repair a glider airframe built in Romania,” Yakovlyev recalls about the turbulent yet eventful 90s. “Until 1995, we would annually sell one or two planes to Czech Republic, Germany, Russia, the UAE or Ukraine.”
Then things took a turn for the better for him and his partner Oleh Litovchenko. “Our A-20 two-seat primary trainer attracted attention of Sheikh Hussein Al Moalla, a close relative to the Sovereign of Umm al-Quwain and ‘father of private aviation’ in his country,” Yakovlyev says. Consequently, the Sheikh became a third partner and investor. 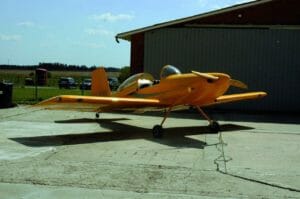 Leaders and Champions
So far, the company has designed a variety of aircraft, modifying them for different purposes: aerial photography, tourism, agriculture, and hobby. Their bestseller is the A-22, a classic ultralight with a tractor propeller that offers easy handling, car-like comfort, and a panoramic cockpit view. “Aeroprakt is third in the world for producing high-quality ultralight aircraft for training and leisure,” Yakovlyev beams.
The company’s clients include flight schools, business owners, and even King Hussein of Jordan. Respected by ultralight pilots worldwide, Aeroprakt airplanes are prize-winners at multiple international competitions; the certificates, photos, and diplomas from which adorn many of the walls on the premises. 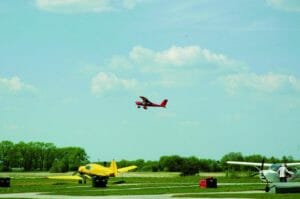 Soft Landing
As a club, Aeroprakt is open all year long, visibility and weather permitting. “There are 17 aircraft available at the airfield now, seven of them are ours,” Yakovlyev says, taking us on a tour of the hangar.
As a test range for Aeroprakt aircraft, the club is also a place pilots can brush up on their skills and enjoy leisure flights. Instructors say anyone who feels like it can learn to fly a plane, which will take a minimum of 40 hours. It’s not cheap, but definitely more affordable than in some other countries with plane rental costing just at 2 000 UAH per hour.

My Log Book
Nadiya Bray, a highly professional pilot, leads me to the red-coloured A-22 trainer. “Feet first”, she says as I slip in the left hand seat. She takes her seat next to me. We put on headphones complete with a mic. A short run-up, a short runway, and we take off.
The aircraft is called ‘transparent’ for a good reason – the cockpit view is gorgeous, as a highway, cottages, and streams rush along beneath. We sort of sail with a wide blue sky above. The plane goes into a small dive and then goes up and around like a roller coaster: those moments of free fall create a pleasant jolt in gut, like being cushioned by the air. I can’t help shouting for joy. Nadiya calls me a thrill-seeker and I take it as a compliment. When we land, I have only one complaint: it is fantastic yet not enough. Perhaps, next time I should visit the club as student rather than just passenger.