A President in Trouble?

The Administration of Donald Trump has, it’s fair to say, made a mistake or two. One of the things that has been turned on its head in the last few years is the concept of allies, friends, and partners vs adversaries.

To be clear, Russia (and special counsel Robert Mueller described Russia’s interference in the 2016 US election as “sweeping and systemic”) is an adversary. Ukraine, engaged in a war with Russia in the Donbas, is an ally. Ukraine is not just an ally because of the sometimes flawed principle that the enemy of my enemy is my friend. Ukraine is an ally because Ukraine is at the forefront of cementing the very concept of democracy in the post-Soviet space. Indeed, Ukraine is pretty unique in this regard. 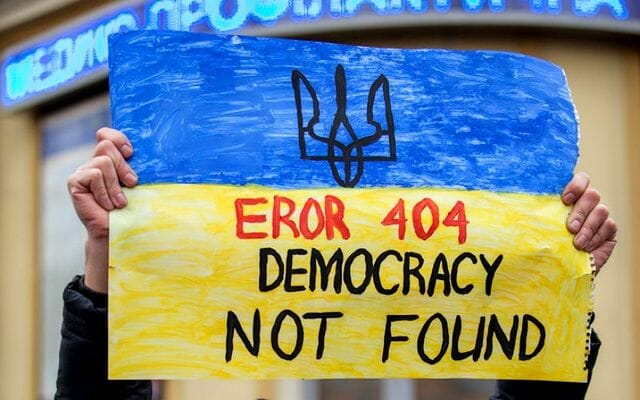 The fact is, the other countries in the region lag behind in terms of democracy building and anti-corruption reforms. These are the kinds of things that have long been at the cornerstone of US development goals overseas, regardless of which party held the White House or any majorities in Congress.

What Ukraine is doing now, sometimes successfully and sometimes too slowly, is working through a series of problems that are generic for the region. The lessons being learned in Ukraine will serve as templates for change in other countries too (and even our mistakes will be learning exercises). However, Ukraine is being put in a difficult spot, at a delicate time in its development, by being asked to get involved in partisan machinations that are nothing to do with us.

The issue at hand is the request, delivered via Rudy Giuliani, the president’s personal attorney, to investigate allegations of corruption linked to Democratic presidential candidate and former Vice President, Joe Biden. The basis for this request is an assumption that there were likely some kind of corrupt shenanigans in the relationship Biden’s son once had with a Ukrainian company called Burisma. The second stage of assumption is that Biden, as the point person on Ukraine during the Obama years, must have somehow or other pulled strings to land his son the role. There is, as far as we are aware, zero basis for either of the two assumptions.

The pressure being put on Ukraine includes a review of US support for Ukraine in vital areas, such as supplies of defensive weapons or the possible suspension of other aid programmes, which have been placed on hold pending review to look into whether they serve the interests of the American people. Allegedly. What’s really happening is plain to see, and Giuliani himself has confirmed what’s happening by saying the quiet part out loud. When he was recently asked if this pressure on Ukraine was asking a foreign country to get involved in US domestic matters he replied, “so what?”.

We will tell you “so what”, Giuliani. Ukraine is an ally, an important one. Ukraine is fighting an unprovoked war against a foreign invading and occupying power, while trying to reform internally and bring about, by leading by example, wider regional change. These are the reasons Ukraine deserves the support of the US and other democratic countries. This is why Ukraine, right now, is important, as an ally of the US.

Ukraine is not a political football. Ukraine should not be pressured or manipulated into partisan issues in the US. Looking, in isolation and on the merits of what the situation is here, Ukraine warrants not only the support of but also the respect of all freedom loving nations who stand for improving democratic standards.