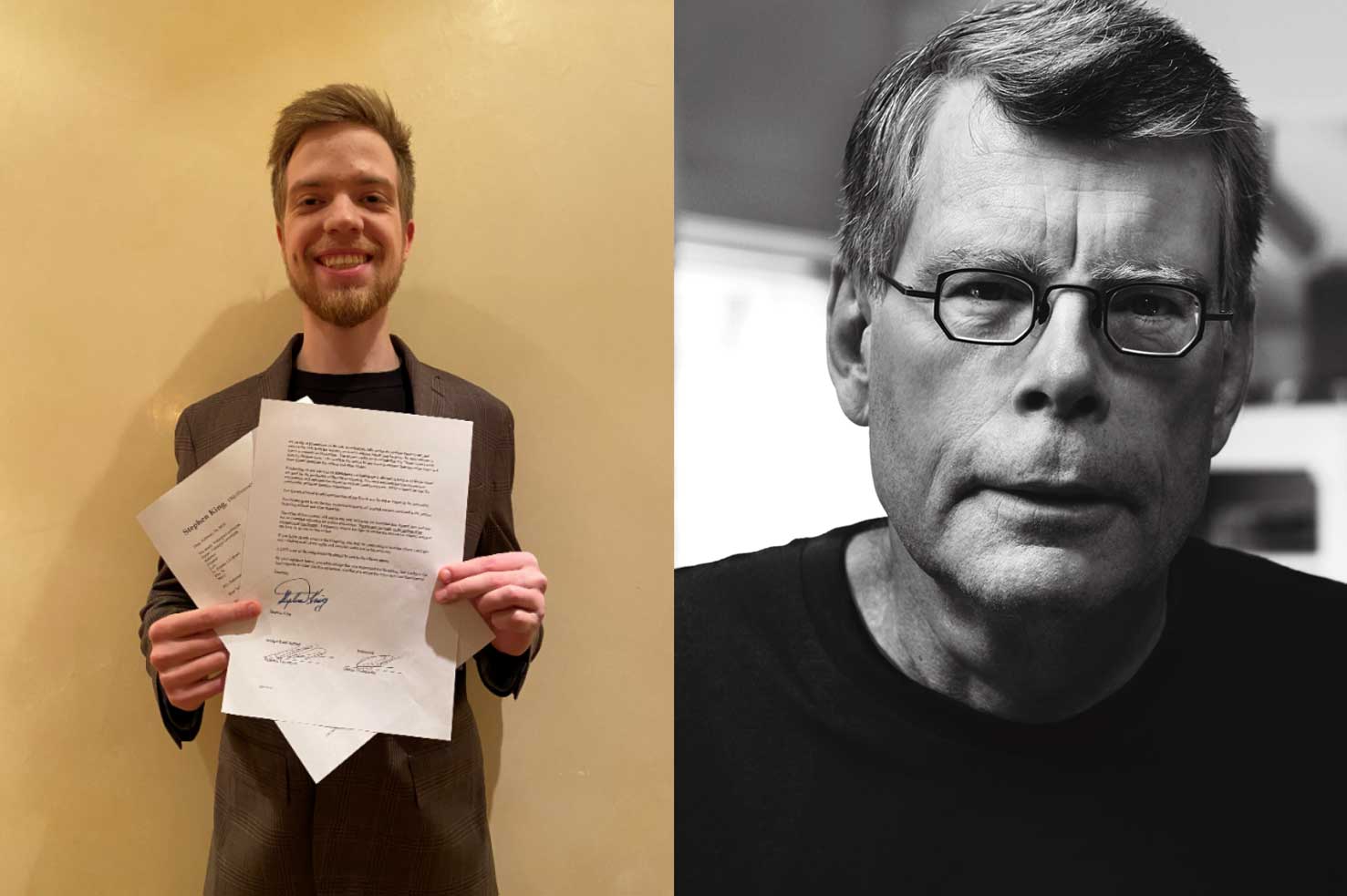 Attention Canadians! We Have Poutine

Valentyn Lavreniuk, a 19-year-old student originally from Lviv, has acquired rights to produce an adaptation of Stephen King’s short story “Stationary Bike,” thanks to King’s Dollar Babies program. Through this program, King, the famed horror writer from the United States, accepts applications from film students who want to adapt one of his stories into a film. Students can choose from a list of films that are not currently under contract for movies.

Between five and ten applications from students are accepted annually. If selected, the student pays $1 for the rights to produce a film based on a story by King.

Lavreniuk, whose father is the general producer of @SolarMediaEntertainment, has the rights to “Stationary Bike” for one year. The story follows Richard Sifkitz, who was told by his doctor he needs to exercise more. So Sifkitz starts riding a stationary bike in his basement, creating stories in his mind of where he’s riding. He even paints a mural on the wall, helping him picture himself out on the road. But as he keeps riding, his mind keeps wandering, and the illusions in his mind feel more and more real.