Prepare yourself for an exhilarating experience and discover a hidden tourist gem of Europe.

Nestled in Western Ukraine near the Slovakian border, Uzhhorod is a place of diverse cultures, aromatic coffee, ancient architecture, and cute monuments. For centuries it has had an important commercial, religious, and military significance in the Carpathian Mountains region. If you’re looking for a new place to visit in Ukraine, Uzhhorod is a delightful location that will charm you with its history and unmatched charisma. Keep reading to learn more about this fascinating corner of Ukraine.

Ab Ovo
Some experts believe Uzhhorod is one of the oldest Ukrainian cities. A Slavic tribe of White Croatians founded a fortified settlement on the mountain there more than a thousand years ago. The earliest written records of the city of Gung dates back to 872. Since then, Uzhhorod has boasted plenty of names – Ungvar, Gungvar, Ongvar, Unguivar, Ungograd, Gunkbar, Ouggorod, etc. but they all translate to “a castle or town on the River Uzh”.

Over time, the city has had various rulers and regimes – controlled by the Hungarians, Kyivan Rus, the Italian dynasty Drugeth, and the Austrian Habsburgs. It was also part of Czechoslovakia and the Soviet Union. 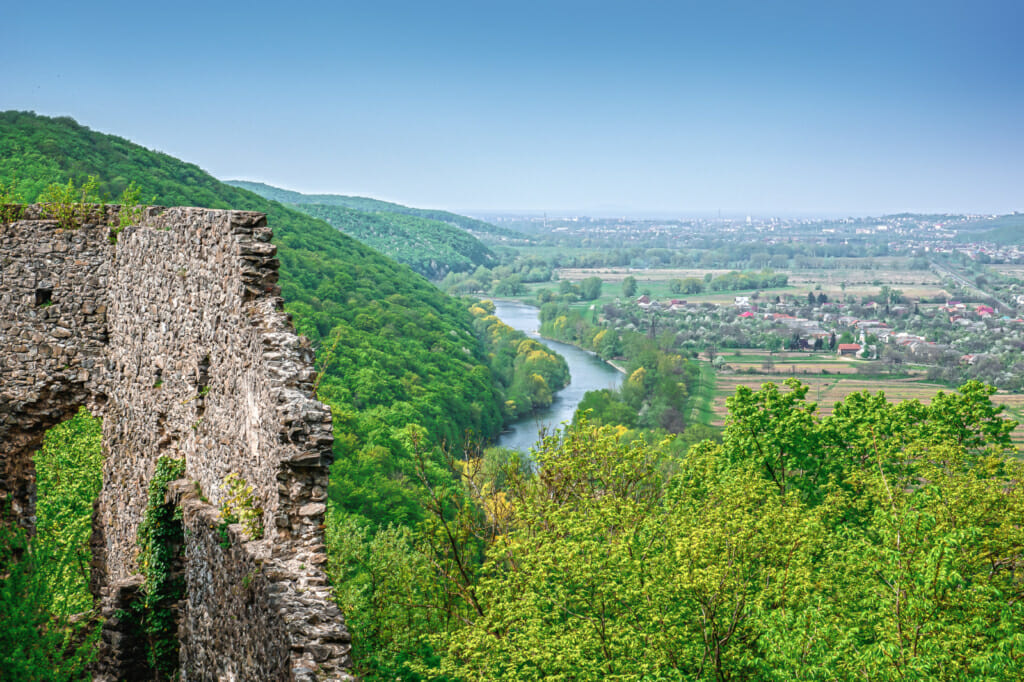 Modern Days
Uzhhorod is largely occupied by the so-called Old Town, which has preserved many architectural wonders and key tourist attractions. The picturesque Uzh River divides the city into two parts connected by seven bridges. The best way to explore Uzhhorod is by taking a stroll through its beautiful streets and inspiring locations. So let’s start our tour…

Must-See Places
First on the list is Uzhhorod Castle, a magnificent fortress that sprawls over a hill that overlooks the town. The castle, known since the tenth century, impresses viewers with its austere silhouette and its mysteries that still lurk between its massive walls. A residence of tremendous figures such as Prince Laborets, Ferenc Rakoczi, and Prince of Transylvania, the edifice has witnessed numerous political conflicts and romantic affairs. The castle features a local lore museum with a beautiful collection of exhibits, and wine tastings take place in the cellars.

Another castle, Nevytsky Castle, is Uzhhorod’s oldest architectural semi-ruined landmark, which perched on a scenic hill of volcanic origin. Historians say it was built in the 13th century on the site of a wooden structure. Legend has it that an ‘evil maiden’ demanded that locals bring in eggs and milk and those who refused to do so were persecuted. The story goes that rumours of the sorcerer reached the of King Matyash himself, and in response, he amassed his troops to fight the witch and kill her. The Botanical Garden boasts more than 5 000 plants and 800 types of trees and shrubs, including exotic species – banana, papaya, eucalyptus, and laurel. The Castle Park, which lies nearby, is home to the oldest tree in Uzhhorod – a 500-year-old plane tree planted by the Counts Drugeth. 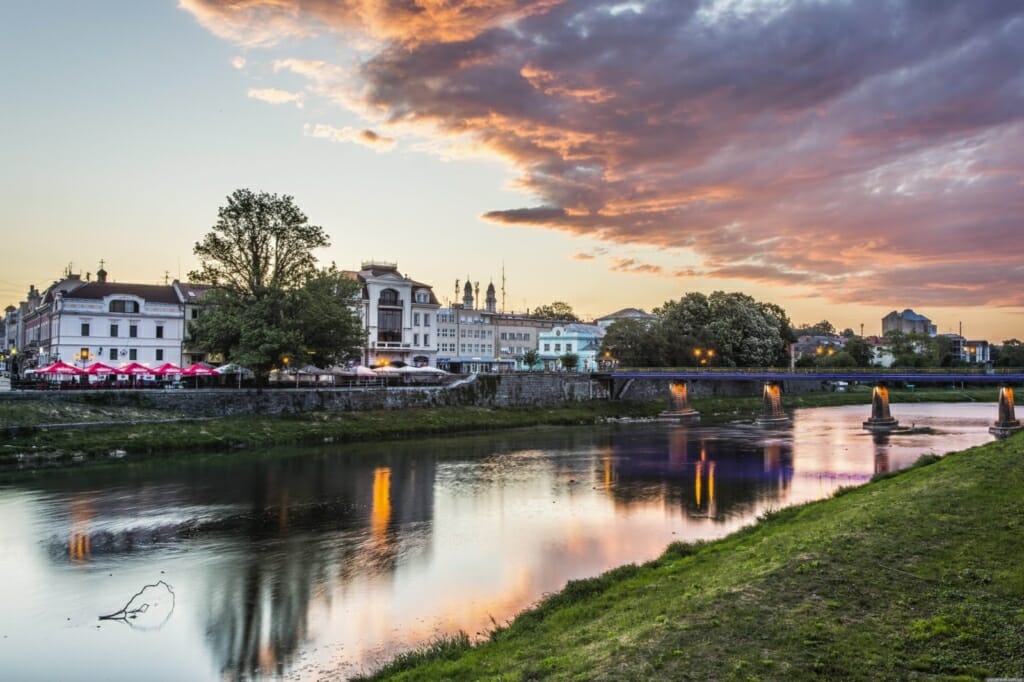 One of the most ancient churches in Ukraine, Horyanska Rotunda, dates back to the 13th century and is located near Uzhhorod. Its invaluable treasure is the Italian frescoes, which are over 700 years old, and the church’s rounded hexagon shape makes it one of the rarest temples in Europe. What’s more, Uzhhorod’s linden tree alley is the longest one in Europe, so be sure to wander along its two-kilometre pathway stretched out on the River Uzh bank and shadowed by 300-year-old trees. The trees were planted by Czech botanists more than a century ago. Also, pay special attention to Masaryk’s ash-tree covered with ivy; it owes its symbolic name to the first president of Czechoslovakia, Tomas Masaryk, who made a speech near the spot during his visit to Uzhhorod. From Theatre Square, you can get to any point of Uzhhorod, like the puppet theatre, a functioning children’s railway, and the nearby Hasidic synagogue that was built by Jews in the neo-Moorish style.

Art & Dining
While walking around the town, you’ll be delighted by stunning mini-sculptures associated with Uzhhorod’s past or present. These small but impressive monuments include figures of Mykolaichyk, Svobodka, John Lord, Ferenc Liszt, the steamer Karpatia, The Good Soldier Svejk, the robber Shugai, and hedgehogs. It is worth mentioning the Transcarpathian cuisine, which is a reflection of various tastes and authentic dishes – rich bograč, appetizing paprikash, Slovak strapachka or Czech dumplings with goulash. This explosion of incredible sensations pairs perfectly with fragrant Transcarpathian wines.

Nestled in Western Ukraine, near the state border with Slovakia, Uzhhorod is a place of diverse cultures, aromatic coffee, ancient architecture and monuments. Discover this hidden travel gem in the Carpathian region.