In a region plagued by death, decay, and destruction lies a secret community that has found a sense of comfort and purpose through dancing to techno and electronic music. It’s called Prizma: Donetsk’s hidden capital of rave.
The Donbass region, on the eastern edge of Ukraine, encompasses the Donetsk and Luhansk provinces where a bloody war has been raging since 2014. The conflict has claimed over 10 000 lives so far – 2 000 of them civilians, and forcing more than 1.7 million from their homes. The fight isn’t just occurring on the front line however; some young people in the region have been struggling to stay afloat amid the chaos. Feeling like they have nothing to wake up for they put off going to sleep. This is how Prizma was born. 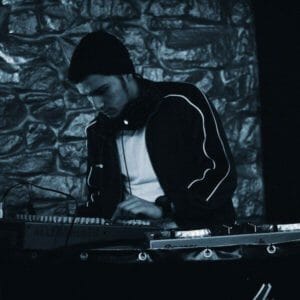 A Pushback
Organisers of this top nightlife destination explain that it started off as a party among friends but rapidly gained momentum, becoming a rather famous techno place in Donetsk. “The project was launched in 2016 when we realised the city did not have electronic music. We decided to take the initiative into our own hands,” they said.
The group faced the same setbacks most other event planners face, such as the need for an isolated location that could house their musicians, equipment, and all of the young people looking to party. But these problems appeared small compared to the hostilities that surround them.
Alexander Piguz, former DJ and graphic designer for Prizma explains, “I guess Prizma was an instrument to provide for a neo-rave culture and a place where you could forget about the military conflict, death of relatives, and low income.”
Deprived of many youth activities in their local cities, the parties are a pushback of the young people of the Donbass region to the war. Though hosting a rave amidst a rebel state is no easy task, the authorities are tolerant, though keep a close watch, as parties such as these are seen to promote images of drugs and booze. “It is pretty real and scary in a state ruled not by law, but power,” Piguz says. 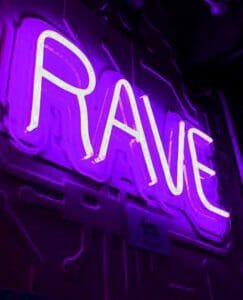 A Safe Curfew
Another issue Prizma had to face was blackout hours, a very necessary curfew partygoers must comply with in order to stay safe. Where most parties in the Ukrainian capital for example don’t even start until 23.00, this is when raves at Prizma usually finish. “There are problems in hosting parties like these – if you are spotted on the streets after 23.00 you are in direct danger.”
Piguz explains that Prizma had never faced a police raid until 6 April, where the party was shut down after 30 minutes and the building was searched for drugs. The former DJ along with some of his friends were arrested for violating curfew but were released the following day.
The Prizma team commented, saying, “The police came in search of drugs. This was not directed against the rave, but the criminals. While we stay within the confines of the law, they cannot touch us.”

A Departure from Reality
The young people attending these parities continue dancing, with Prizma appearing to have a significant impact on their mental health. The Prizma team explains: “A rave in any country is escapism, it is a departure from reality and everyday life. In Donetsk, the situation is no different. A huge number of young people have met and became friends at our parties, sometimes the connections built in this way cause us surprise.”
These raves are a place for people of all backgrounds and situations to come together to bond over the two things they have in common: a love for electronic music and the fact that they are currently living amidst a war zone.
For Alexander Piguz, Prizma is a place for people to chill out: “It’s like a working engine! The sound and movement…like moving pistons in an engine.”

“A rave in any country is escapism, it is a departure from reality and everyday life. In Donetsk, the situation is no different.”