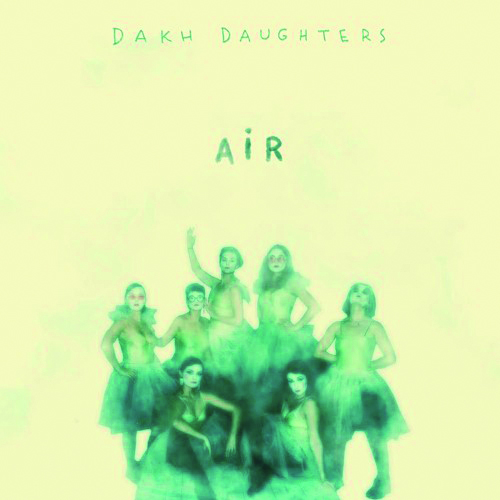 Shopping in Kyiv: A Buyer’s Dream

Dakh Daughters is a group born from the DAKH Theatre, and the only thing these girls can consistently promise is an unpredictable performance at every live show. Over the last year they have been touring new songs, and now the studio album has been released. It’s called Air.

Instrumentally, the Dakh Daughters style has not changed from acoustic arrangement with a theatrical atmosphere. The album delivers what can only be described as an eclectic mix: a fast track Shcho Ty Sobi Dumaiesh?, pop-rock Inshe Misto, and the epic and dramatic post-rock track Pisnia Pro Te, Yak Vona Vykhodyt Na Krutuiu Horu, which lasts almost 14 minutes.

Dakh Daughters plays with the listener through various layers and subtexts in the music, and it is very easy to get lost in the lyrics, as the voices of each member of the group, combined with the complex quotes and references, are not always easy to follow. There are references to poetry, literature, and song throughout the album and the group has a unique interpretation each time, expressed in a variety of ways and sometimes even in another language.

There’s immense depth in these lyrics and when looking at their original sources more and more meaning is added. In addition to the lyrical beauty, listen to how skillfully this group handles each sound of each instrument, each note perfectly choreographed. Every note and vocal are used to give the tracks the necessary meaning, weight, drama, and colour. This really is the incontestable album of the month.