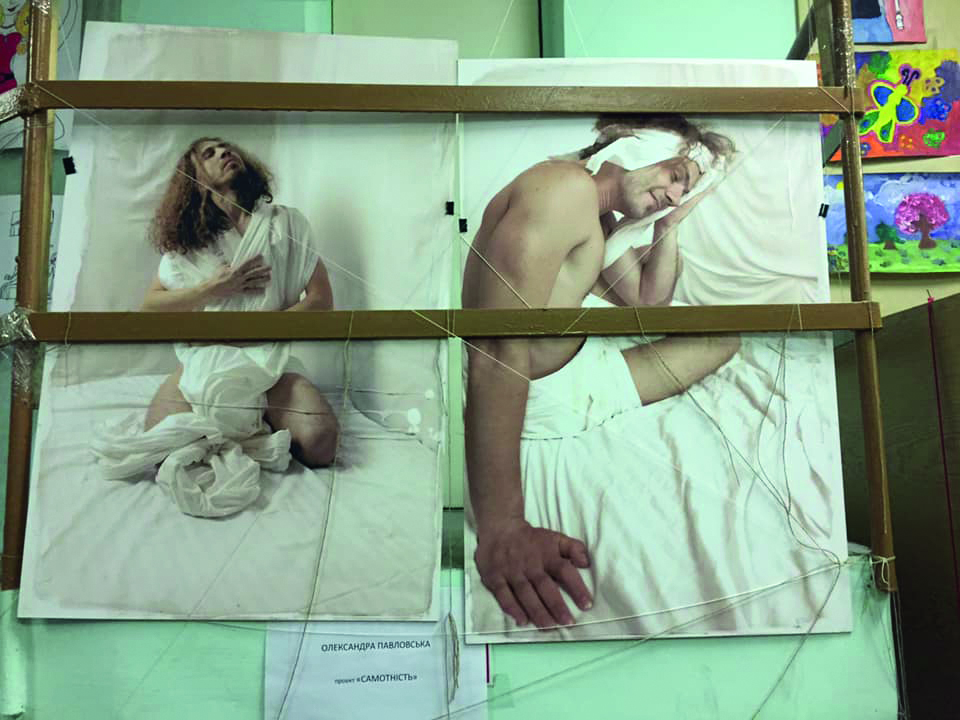 Four simple words that express the sentiment at the core of a special theatre and art initiative that for 10 years has given a voice and a creative outlet to a segment of perhaps one of Kyiv’s most marginalised groups – people with mental illness. 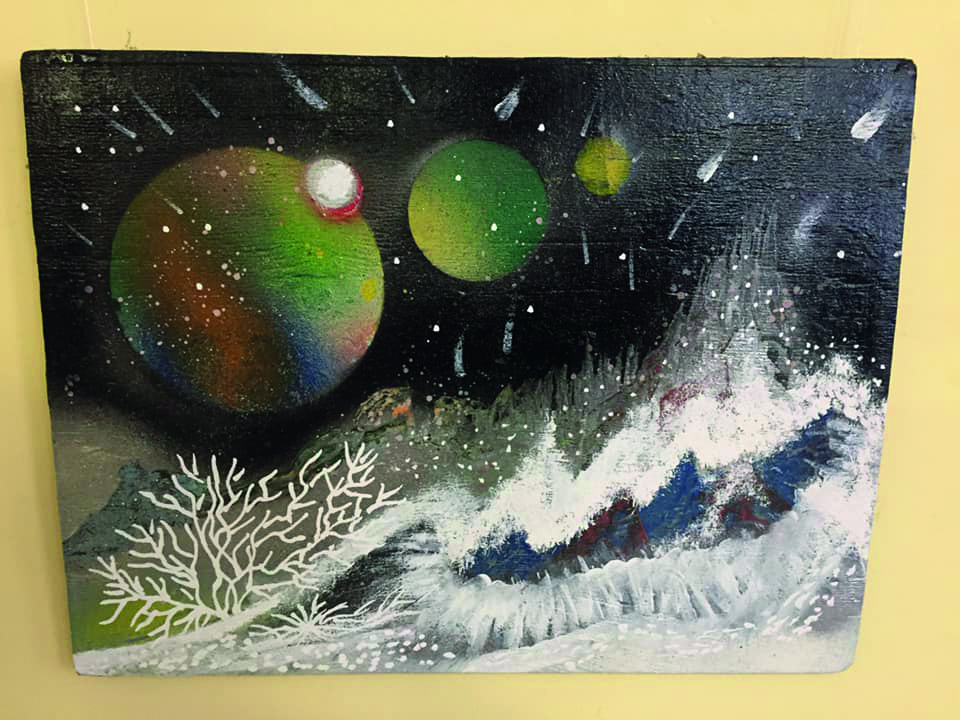 Budmo (cheers) is the name given to the dedicated art space for patients in Pavlovsk Kyiv Psychoneurological Hospital No 1, more commonly referred to as Pavlovka. It is the largest institution for people with mental disorders not only in Ukraine, but also Europe. The sprawling 42 hectare, 30-building complex offers

Established in 1806, it would be 200 years before patients at Pavlovka would be given the opportunity to draw, paint, sculpt, write poetry, and act in theatrical productions. Credit for this goes to the hospital’s boss, chief psychiatrist Professor Vyacheslav Mishiev and director and actor Sergey Enenberg.

The latter’s involvement with the hospital began in 2008 when he took his youth theatre there to rehearse and stage a play based on the Dostoevsky novel The Idiot. As Enenberg tells it, the atmosphere of the hospital was in tune with the themes of the play. The patients agreed, as did Mishiev and  the hospital management, and Enenberg was invited to stay on. The result is Budmo.

According to Mishiev, whose tenure began in 2007, the theatre and art programme was part of the sorely-needed changes he intended to implement from the moment he took the helm at Pavlovka.

Mishiev’s reasoning was simple: “Unfortunately, there is a rejection of the mentally ill in Ukrainian society; most of our patients are delicate and vulnerable individuals who have experienced stress or difficult life circumstances and have become depressed. It is imperative they be heard and understood.”

Enenberg’s theatre troupe is typically comprised of 15 current and former patients presenting mainly classic works such as plays by Chekhov. 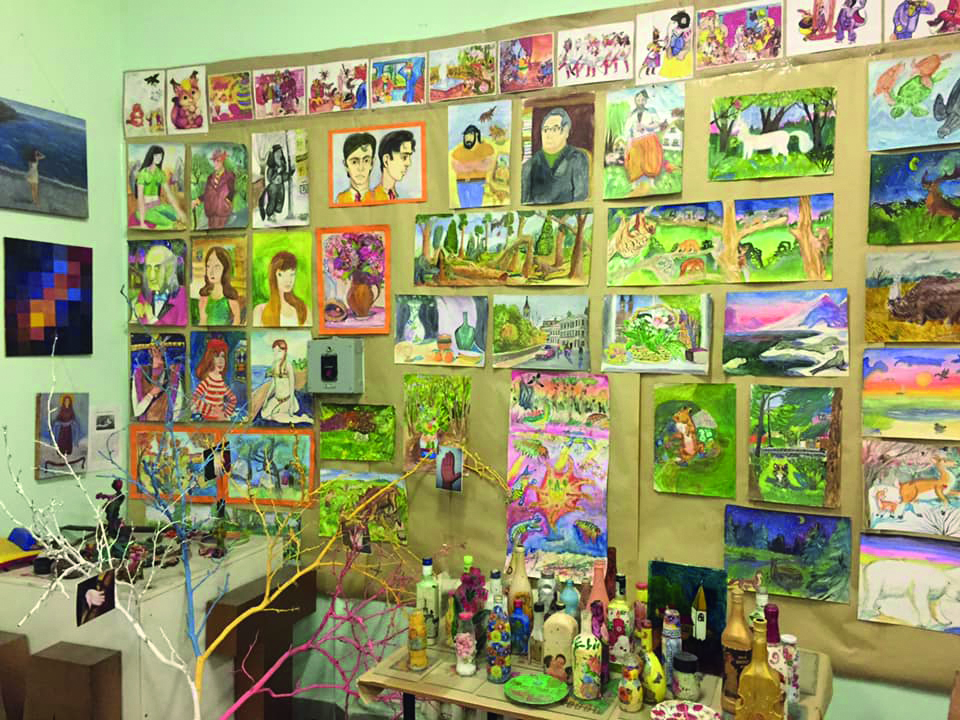 The idea of theatre and presenting this raw art to a wider audience is nothing new, with exhibitions of works created by people with mental illnesses or disabilities or prisoners regularly held across the western world. However, the establishment of the art space at Pavlovka was revolutionary for its time and paid dividends for patients and the general public alike, Mishiev says.

He cites his inspiration. “This is their medicine. They can pour out energy and open themselves up. I remember how impressed I was with a similar theatre when I was on a business trip to a psychiatric hospital in Prague in the late 90s,” he says. “It was called ‘Behind the Wattle’, wattle symbolically separating the world of the healthy from that of the sick. It’s great we were able to create something similar by inviting Sergey (Enenberg).” 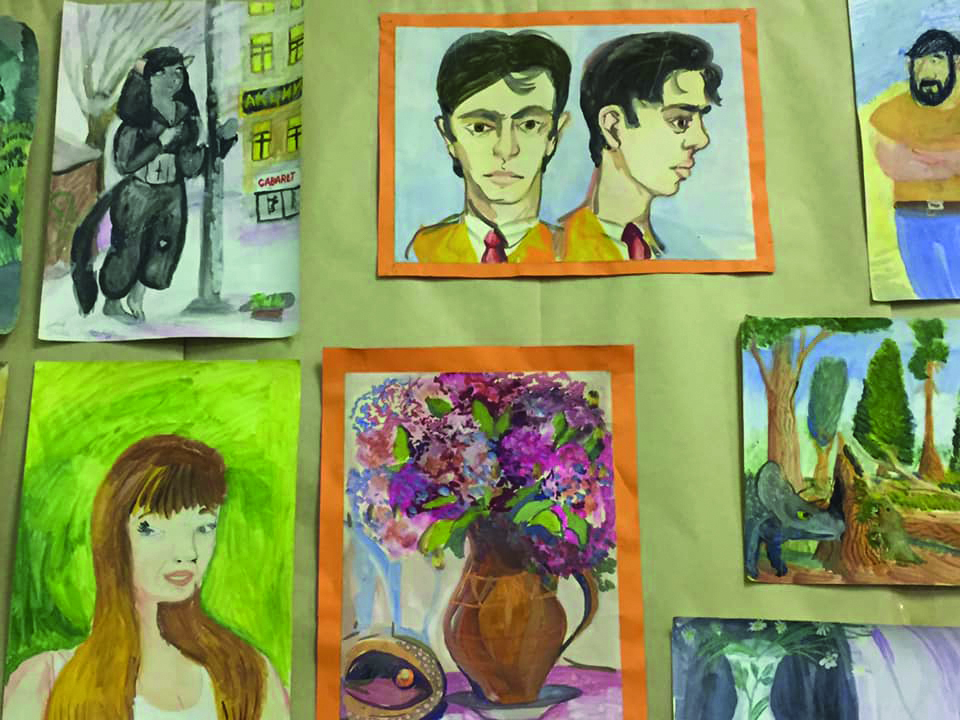 The hospital is the temporary or almost permanent home to people on the autism spectrum, with Down’s syndrome, epilepsy, depressive and anxiety disorders, bipolar and psychosis, addiction, and those affected by post-traumatic conditions, such as veterans from the war with Afghanistan and, more recently, the conflict in eastern Ukraine.

The works on display in the art space reflect this diversity, ranging from the naïve to what wouldn’t look out of place in any art gallery, anywhere.

This has in turn led to exhibitions and plays being staged outside hospital walls in the past, most notably a festival held at the hospital from 2011-13 and Pavlov-Fest, which was held for several years under the Friendship of Nations arch in central Kyiv, while an art exhibition was staged in the former Kinopanorama cinema.

These were no mean feats, with funding always being a stumbling block. In post-revolution Ukraine, this has become an even greater issue, with the hospital in general poorly funded from the governmental coffers and heavily reliant on charitable organisations. There has been little money left to inject into Budmo or the art space.

Assistance to the art space comes in the form of a dedicated charity, Friends of the Pavlovka Demiurges, which helps provide financial support to both it and the theatre. To help out, follow the Facebook link.