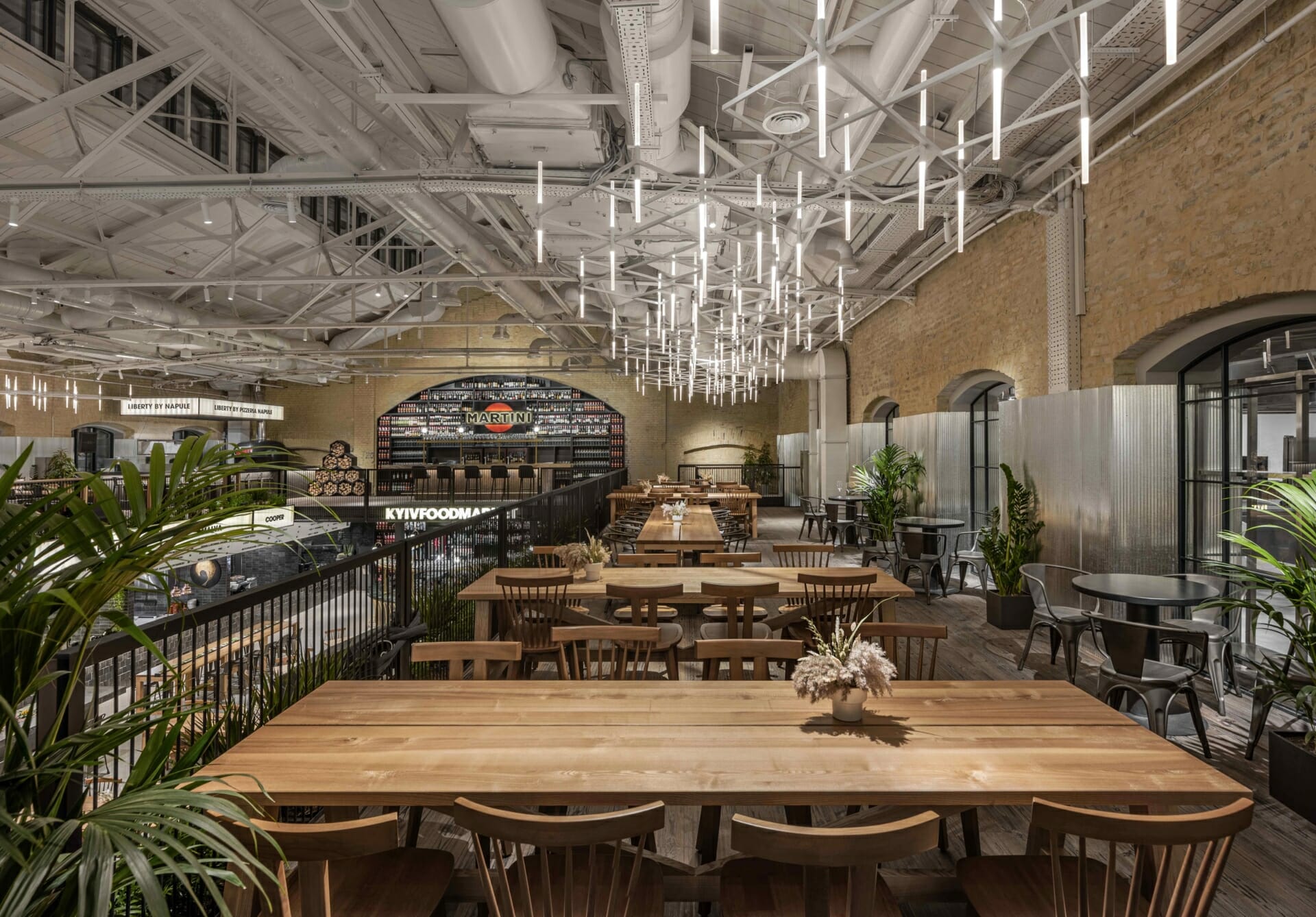 The Kyiv Food Market, a new foodie Mecca, has opened at Arsenalna to boost a sleepy neighbourhood in the heart of the capital. Does it do the job?  We trekked up the hill to find out 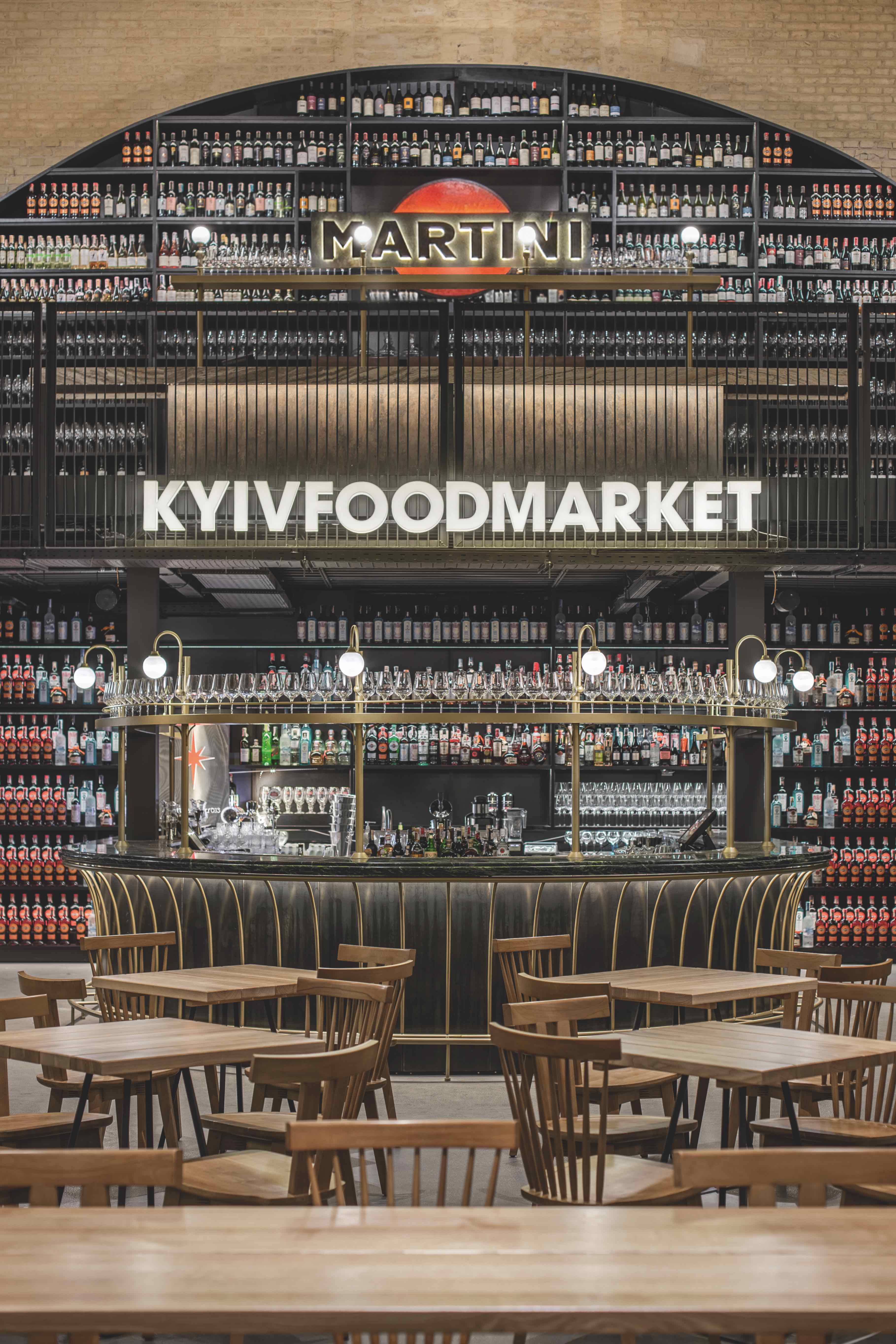 Those of you who have made the trip to Odesa will surely know the seaside Food Market, located in the building formerly occupied by a bank close to the city’s main street of the city – Deribasivska. This idea has been very successful: uniting great restaurants under one roof boasting a well-curated selection of meals and a common seating area. Alex Cooper is the man behind the idea in Odesa, and he has decided to expand geographically by opening a similar attraction in Kyiv, together with Mikhail Beilin, owner of the La Famiglia restaurant group.

The guys have chosen an industrial space, part of the Arsenal plant that has been abandoned for some time. They’ve revitalised it not just to ensure the building maintains its structure but by making it modern they’ve breathed new life into a which had so far been off the radars of Kyiv foodies. That is no longer the case – these days, if you’re planning a weekend visit, you’d better factor in queue time.
When I pop in on a weekday, it is still reasonably crowded with oyster lovers, people with stacks of takeaway boxes, tourists, expats, and more all wanting in on this new gastronomic adventure. Not to mention a TV crew shooting a piece on the new venue.

Taking up two floors of a spacious hall, there are approximately 30 food venues here, some better known and some less so. Green Chef is a newcomer, serving healthy food and operating only in big supermarket chains until recently. I love the names of their dishes. Buckwheat Ellipse, for example – a mozzarella sandwich in geometric form (158 UAH).
I’m also rather fond of Mission Impossible (229 UAH), which is a double meat sandwich found at Cooper, an Odesa addition. Rhythm is another newcomer – for those looking for a caffeine boost you’ll find it here, with a really good flat white (55 UAH).

The restaurant heavyweights are here too: Bigoli, known for its true Italian food, even has a separate menu for mozzarella. On a previous visit, I tried Cacio e Pepe Pasta (128 UAH) – a minimalist salt-and-pepper-only spaghetti – and enjoyed it so much that I have been trying to get back for months. For busy people, the unification of so many cool places under one roof is a brilliant idea. On paying for my pasta, I get a pager with a number on it that will beep as soon as my order is ready. It’s so convenient, with the wait at the cashier nearly eliminated.

Adelle, with its Tel Aviv cuisine is also present, together with Nam’s Vietnamese kitchen, and Bao, of course, known for its modern Chinese cuisine. There is pizza from Liberty Diner; Varvar, with a separate area for its famous craft beer; while delicious desserts from Milk Bar tempt you upon entrance. The baked goods from Good Wine’s Bakehouse is also enticing, including their simple bread and butter option (55 UAH). But that, and all the other goodies, will be on my wish list for next time. 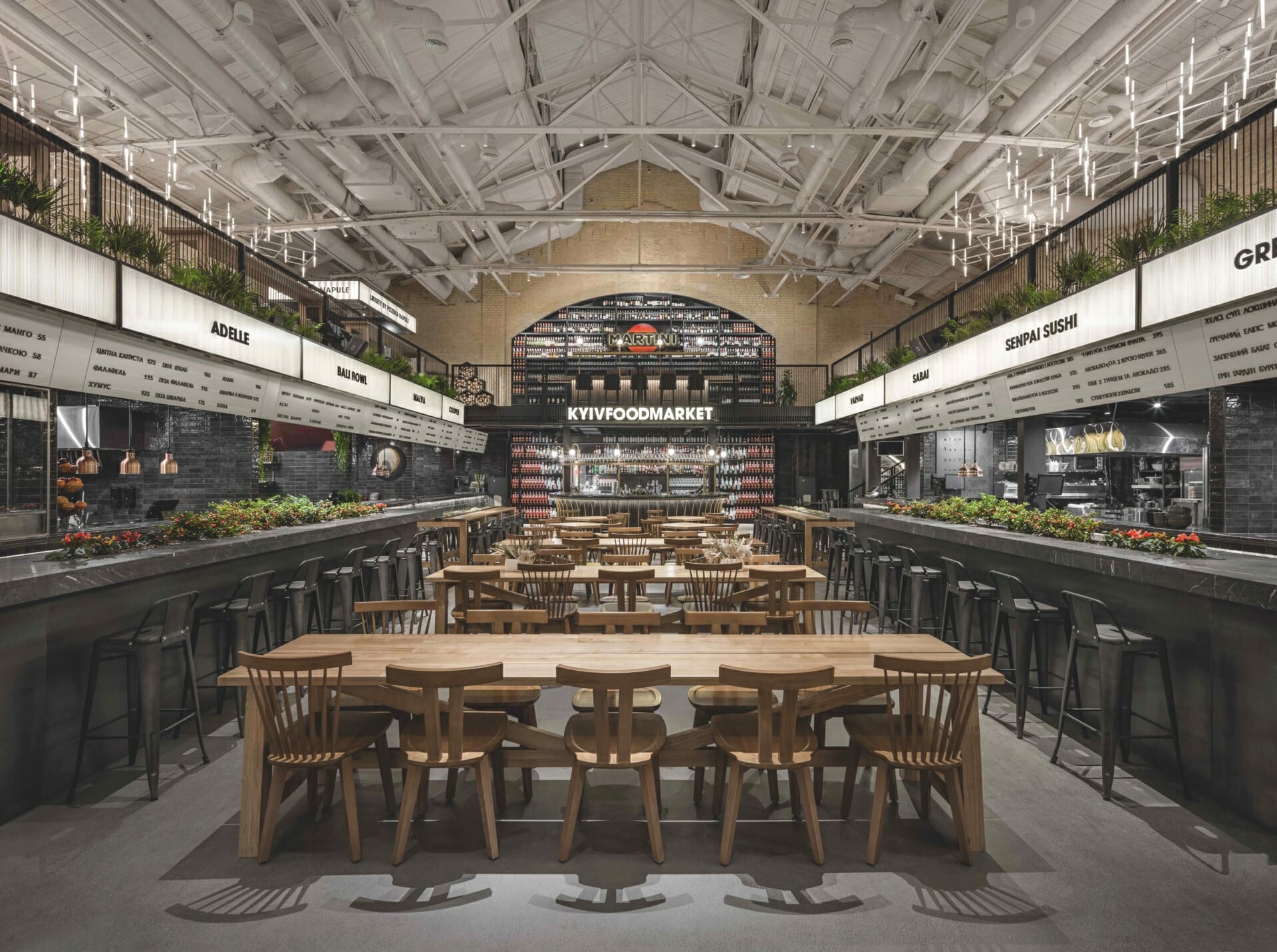