No other name carries more weight in aviation history than Antonov. Literally 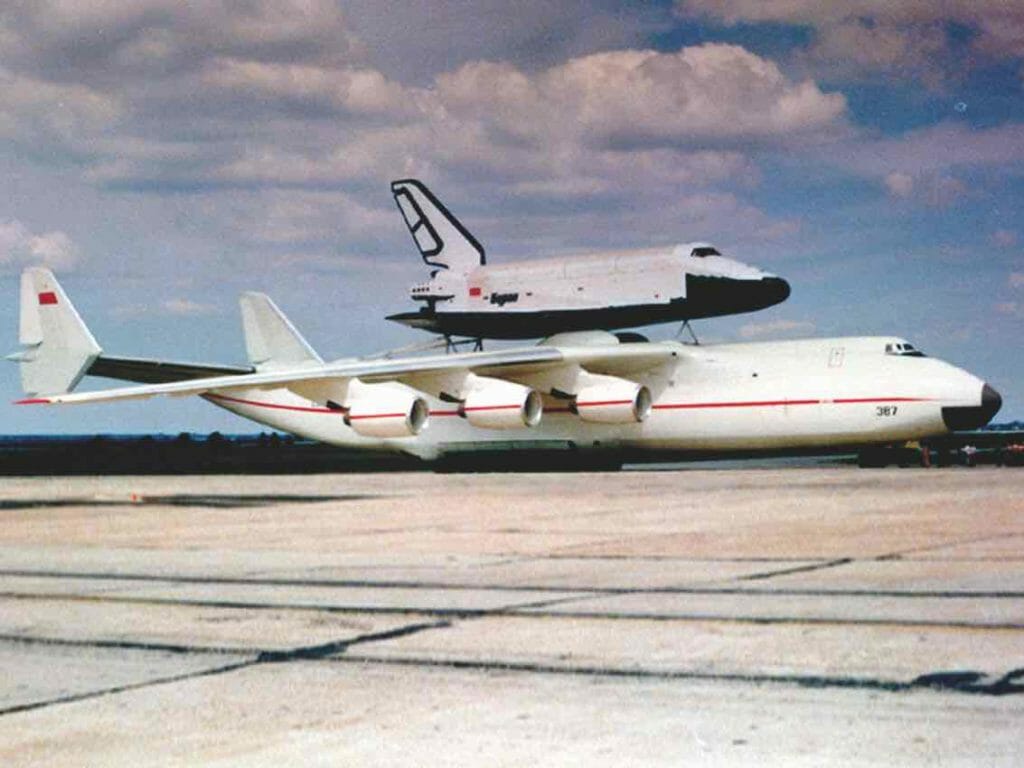 At a whopping 250 tons, the legendary An-225 cargo transporter, a Ukrainian record-breaker, remains the world’s largest airplane. This gravity-defying workhorse still draws crowds of admirers, and you too can get up close and personal right here in Kyiv.

Back to the Soviet Era

The story of Antonov begins in 1946, 4 006 km from Ukraine, at Chkalov’s Novosibirsk Aircraft Plant. Initially christened the top-secret Soviet Research and Design Bureau No 153, its task was to create agricultural aircraft. Headed by Oleg Antonov, the first construction appeared a year later: it was the An-2.
Under direction of the Soviet government to focus efforts on bombers, fighter jets, and a lightweight propeller biplane, the factory was becoming crowded and so it was decided that the Bureau be moved to Kyiv in 1952. Mass production of the An-2 got well underway with newer designs – An-10 and An-12 – appearing just five years later. Used in heavy combat and for civilian purposes, these models still operate in numerous countries today. 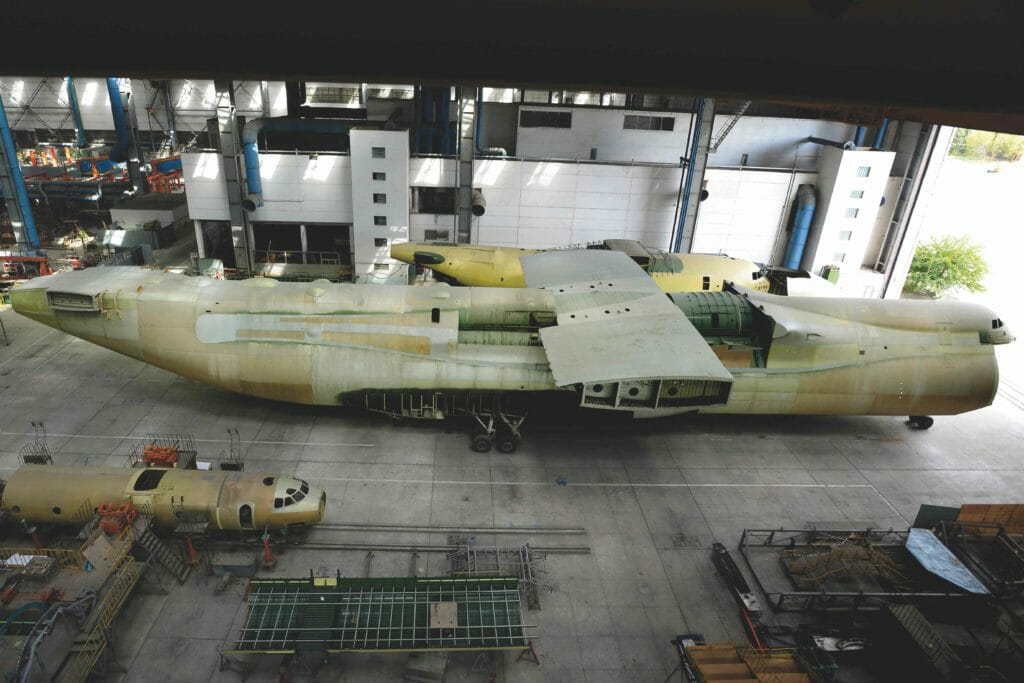 The An-22 is perhaps what defines the 50s in terms of aviation manufacturing, with serial production of this heavy military transport aircraft. Its design was the first wide-body transport aircraft, first appearing at the 1965 Paris Air Show. Interestingly, Antonov designed and presented a nuclear-powered version of the An-22, though this version was never flight tested. The original An-22, however, remains the world’s largest turboprop-powered aircraft to date.

The Antonov Bureau entered the 80s with the strategic aircraft An-124, nicknamed Ruslan. Although considered an old relic today, Ruslan still turns the heads of aviation enthusiasts around the globe. Initially designed for military needs, this plane was the Soviets’ answer to the American creation of Boeing C-17, keeping the Soviet Design Bureau on top in terms of grandeur. A large grey military aircraft with four engines, the An-124 could hold up to two tanks and remains the world’s largest military transport aircraft in current service. The An-124 was just an introduction to the third, more advanced model, however. Around this time, the US was making strides in the space race. Demonstrating advanced achievements in the building of spacecraft, the US were on a roll and the Soviet Union was going to need a gigantic workhorse if they were to win the war. 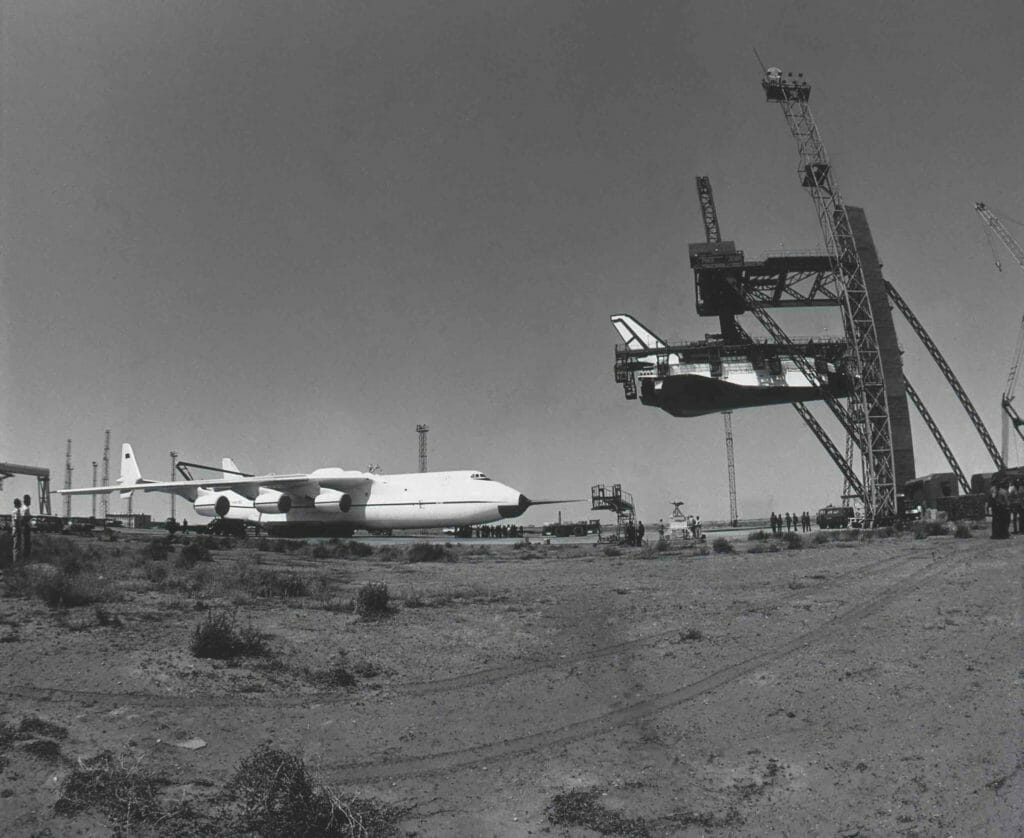 Powered by six turbofan engines, the An-225, nicknamed Mriya (Ukrainian for dream) was an extension of the Ruslan success.
Created to perform a series of flights carrying the Buran shuttle orbiter, Mriya took its first flight in 1988. It remains to this day the heaviest aircraft ever built, with a maximum takeoff weight of 640 tonnes, and has the largest wingspan of any aircraft in operational service. Having been designed for this specific mission, only one was ever built. It continues to fly, however, transferring military vehicles, smaller planes, wind turbines, boats and metro trains internationally.

A Dream in Trouble

While Ukraine’s independence allowed for commercialisation and foreign expansion, today, the aviation giant is in crisis due to the political situation in Ukraine and Antonov’s heavy reliance on spare parts exported from Russia. A deal brokered with Boeing in 2018 has allowed the company to procure parts otherwise unavailable: we return our gaze to the skies to see Ukraine’s past glory take off once more.

In 2006, China signed a deal with Antonov to recommence production on the second An-225. As of today, the project is on hold. This second slightly modified version remains about 60% complete in the Ukrainian capital.

The An-225 is comprised of more than 3 million kg of metal and stands almost seven stories high.