Identity, Interrupted
Exhibition of works by Ola Rondiak
8 November – 9 December
Ivan Honchar Museum (Lavrska 19)
This exhibition presents a series of collage made of newspapers and magazines that covered the events of the Revolution of Dignity. The entire exhibition is a story about how the Ukrainian identity of an artist, formed in the US, was under threat in the 1990s when Ola moved to Ukraine. The artist found that identity again, however, during the revolution period of EuroMaidan. These events became a powerful impetus that directed Ukrainian society towards a democratic future, resulting in some amazing art pieces.
30 UAH
honchar.org.ua 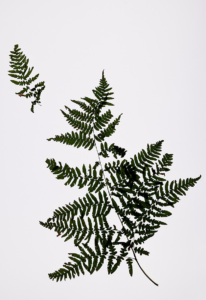 Posttraumatic (Herbarium)
Exhibition of works by Maria Proshkowska
1 October – 20 October
Shcherbenko Art Centre (Mykhaykivska 22v)
This exhibition touches a topic that is tragic for Ukraine as well as for other neighbouring countries – Chernobyl. The exhibition consists of a herbarium made of plants collected from the village of Strakholissya, an area polluted by the disaster in 1986. The population of the village was not evacuated. Therefore, it is not surprising that one of the main topics of the exhibition is the relationship between people and the environment, which is in a traumatic condition. Restoration after the destruction is the central theme of ​​the expo. In addition, you will be able to see photos and videos taken at the centre of events.
Free
shcherbenkoartcentre.com