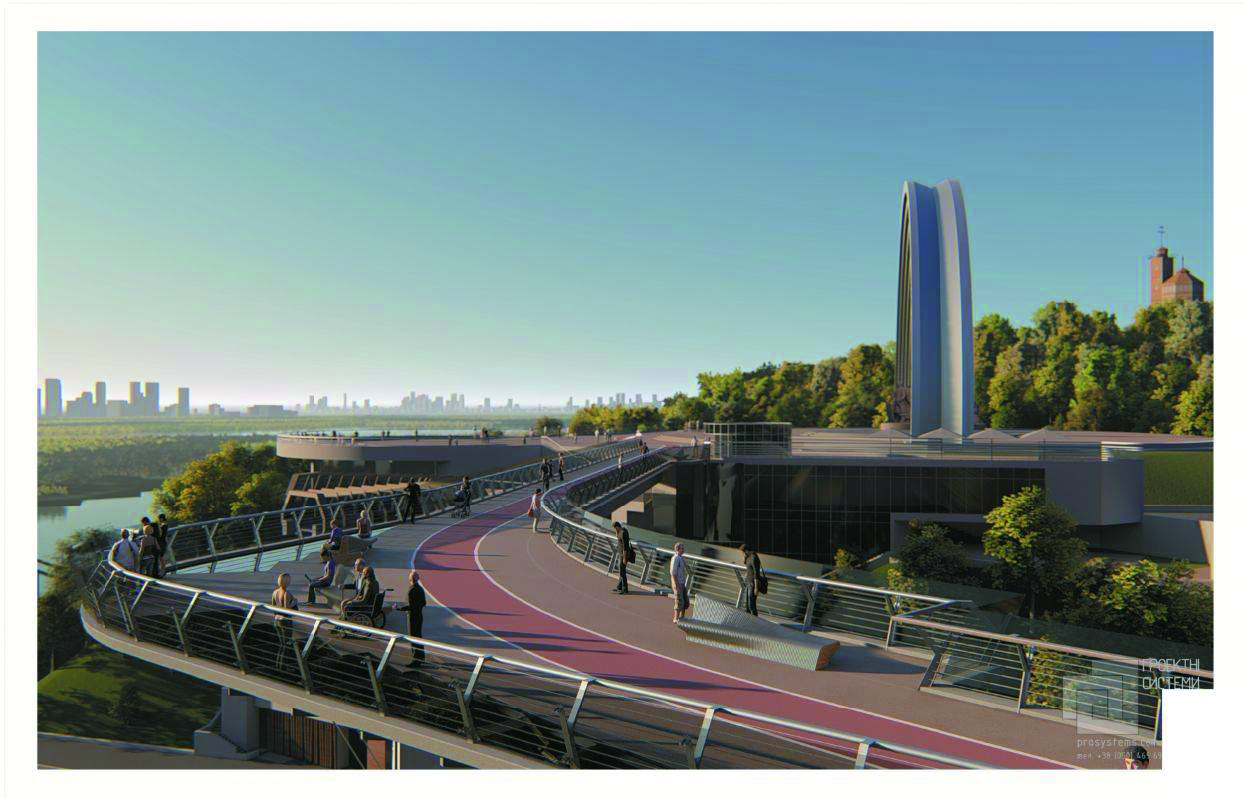 We don’t know what Kyi, one of the three brothers who, according to legend, founded Kyiv, would have made of it. However, the foundation work for a mammoth construction designed to link Volodymyrska Hirka (St Volodymyr’s Hill) to the People’s Friendship Arch in Kreshchaty Park has begun, with Mayor Vitali Klitschko’s city administration ambitiously claiming it will open in spring.

It marks the second phase of a project that began with reconstructed stairs linking Peizazhna Alley (Landscape Alley) to the Honchari-Kozhumayki area leading to Andriivsky Descent; part of a wider plan to create a pedestrian passage through the heart of historic Kyiv. The first stage was met with derision on social media because it was exactly that – pedestrian. Accessibility for people with disabilities and even mothers with strollers and cyclists was off limits with no provision made for them.

With the second phase supposed to be completed in time for Kyiv Day in late spring, it seems Klitshcko and the incumbents of the city administration are determined to mark the end of their first term in bold style.

Too bold for some. Social media is, as always, divided with many comments directed towards where official priorities actually lie, and with a price tag of more than 260 million UAH it’s understandable. Common complaints include a lack of basic services such as heating and hot water, and growing transportation issues.

The bridge spans about 210 metres; its width varying from 6 metres to 14 metres where there are observation platforms with glass floors. Gondolas feature in concept drawings. Lift access (in perhaps some acknowledgement of previous criticism), lighting, and video surveillance are all planned.

Will it be completed on time and on budget? Like or loathe it? Time will tell.

If you have some time, the opinions of locals about the project makes for interesting reading
kievtypical