Today is the 93rd anniversary of Kyiv’s favourite sports team – Dynamo Kyiv! So, to celebrate, What’s On Kyiv looks back at some of the biggest moments in club history.

On 13 May 1927, the Dynamo Kyivan Proletarian Sport Society was formed, just a month after the Dynamo sports school. As the team was founded by Soviet secret service head Felix Dzerzhinsky, the first players were a mix of Soviet secret police and ‘ringers’ from the top team of the time – the Soviet retail servicemen. Dynamo wouldn’t play their first game until the following season – a 2-1 loss to Bila Tserkva.

Beating the Nazis in the Fabled “Death Match”

You might have heard the story before – Dynamo’s brave football heroes walking past snarling German shepherds to take on the Nazis in a rigged football game where their lives were on the line. You might have even seen one of the many films inspired by the match, like the Sylvester Stallone and Michael Caine-led ‘Escape to Victory’. While the story is embellished, it is true that an all-star team of Dynamo and Lokamotiv Kyiv players played the “undefeated” German Luftwaffe team in a series of games. Dynamo was one of the leading pre-war Soviet teams, thanks to their recruitment of top players by offering them cushy secret police jobs. So, the “most powerful” Nazi team proved no match for the Dynamo all-stars, losing both games. Days later, several Dynamo players were executed, while others were sent to concentration camps.  You can find a monument to the players at Start Stadium in Kyiv. 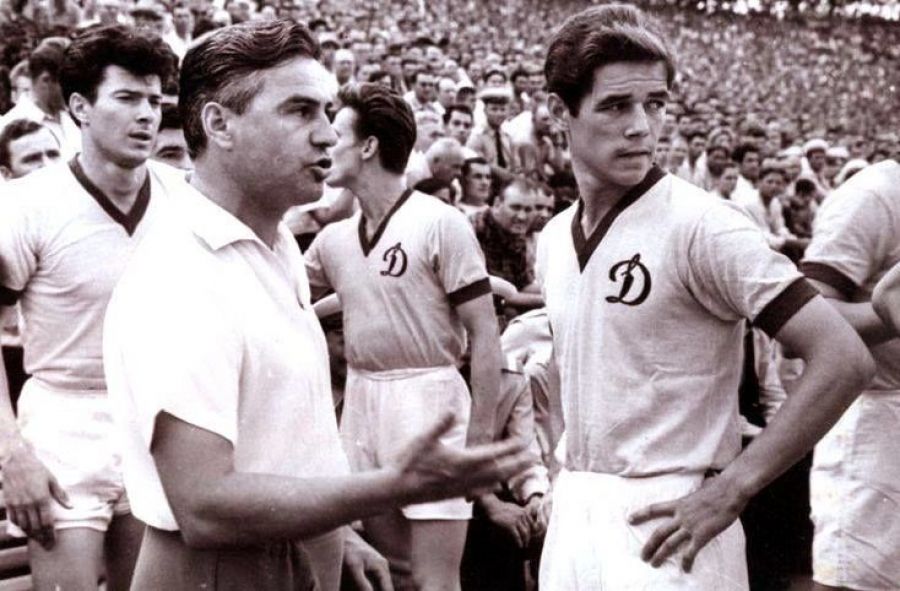 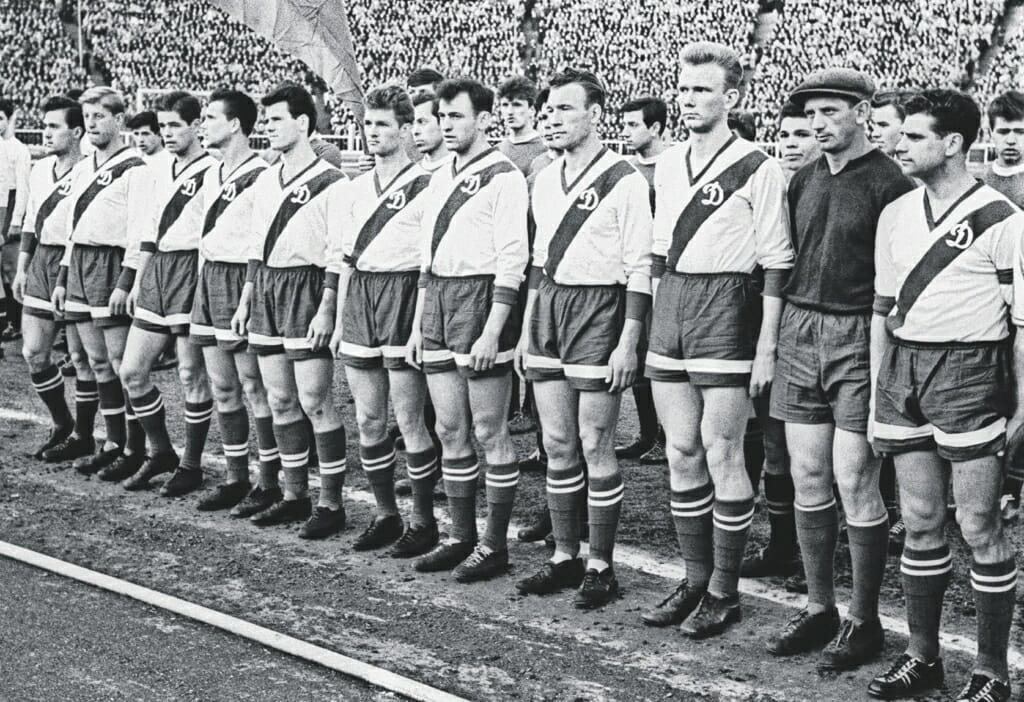 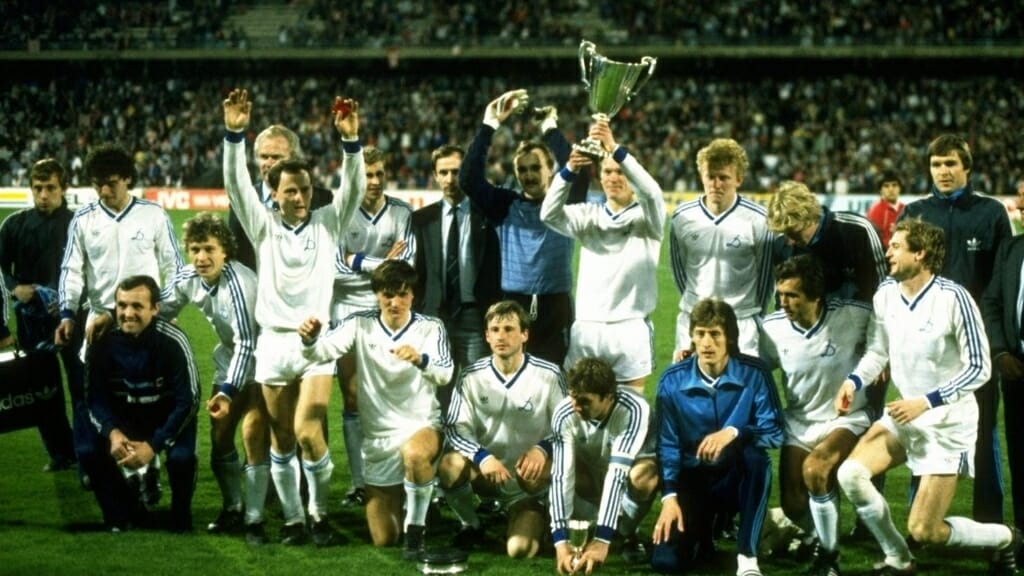 While Khrushchev contemplated sending Cuba some missiles, Dynamo Kyiv rocketed to the top of the Soviet Supreme League. They won their first title in 1961, picked up their second and third USSR Cups in 1964 and 1966, and then rallied off three straight Supreme League titles from 1966-68. The team even made its first splash in European competitions, making the UEFA Cup Winners’ Cup quarterfinals in 1966. With stars like Viktor Serebryanikov and future Ukraine national team coach Oleh Bazylevych drawing large crowds to the N. Khrushchev Republican Stadium (now Olympic Stadium) – it was a right proper time to be a Dynamo fan!

Lobanovsky Takes Dynamo to the Top

It was in 1962 that Dynamo brought in as head coach Valeriy Lobanovsky – one of football’s all-time great strategists. The move paid immediate dividends. Dynamo won the “double” in just his second season, winning both the Supreme League title and USSR Cup. Things only got better from there, as Dynamo showed that they weren’t just the best in the USSR, but in all of Europe! The team marched through the UEFA Cup Winners’ Cup, winning the semi-final against a powerful PSV Eindhoven 3-0 in front of 100,000 fans at Central Stadium (now Olympic Stadium). They then claimed their first European crown with another 3-0 win over Ferencvaros and then capped their incredible year with a third 3-0 win over Bayern Munich to capture the 1975 European Super Cup. Led by star striker and future Ukraine national team coach Oleh Blokhin’s eight goals – including all three against Bayern – Blokhin was named the best player in Europe.

It wouldn’t take long for our beloved boys in blue and white to get back on top. After winning the Soviet “double” in 1985, Dynamo won their second UEFA Cup Winners’ Cup in 1986, this time dominating Atletico Madrid 3-0. While the team once again leaned on the legendary Blokhin, who delivered a competition-leading five markers, including one in the final, it was attacking midfielder Ihor Belanov that was named Europe’s Best Footballer of 1986. Dynamo was so strong that 11 players were selected for the 1988 Soviet Union team that played in EURO 1988 – more than half the team! Led by Dynamo coach Lobanovsky, the “Dynamo Kyiv Soviets” went on to take silver, besting some of the best teams Europe could put together. 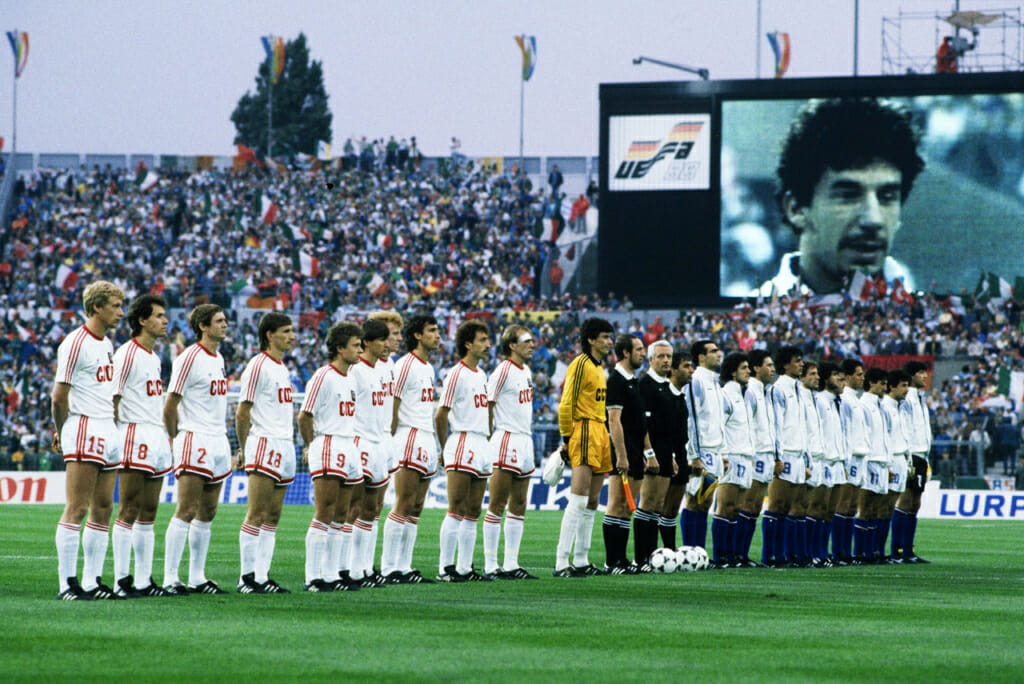 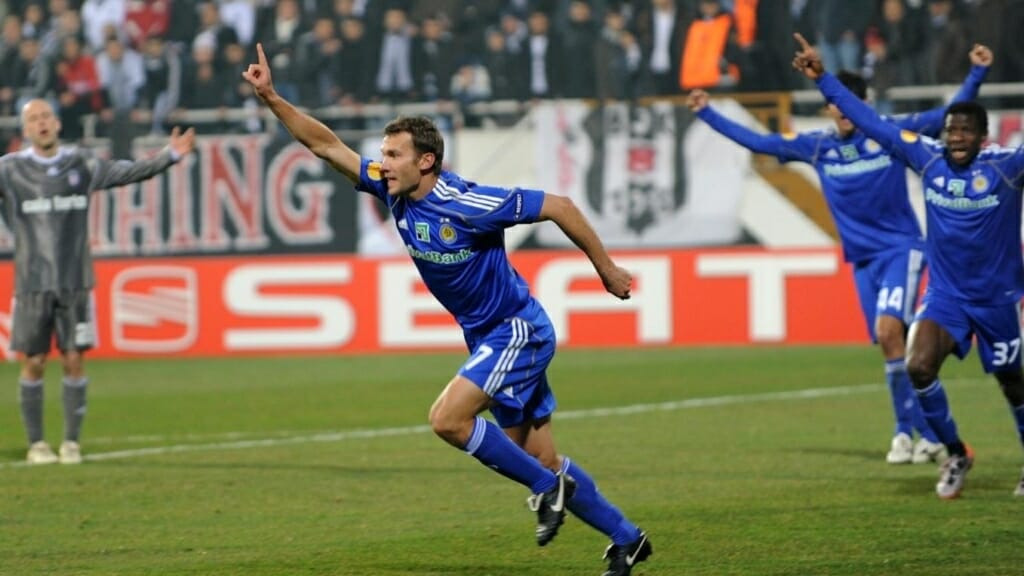 After towering over Soviet competition for so long – no team won the Soviet Supreme League more times – it was no surprise that Dynamo dominated the newly formed Ukrainian Premiere League. Led by 2004 European Footballer of the Year Andriy Shevchenko, Dynamo won the league nine times in its first 10 years, adding five Ukrainian Cups during that span. The highlight of the era was the run to the 1999 Champions League semi-final, when the team memorably dispatched Real Madrid 2-0 in front of over 80,000 fans at Olympic Stadium thanks to a Shevchenko brace. The team nearly made the finals but blew a 2-0 halftime home advantage against Bayern Munich in the semi-final. It would be another decade before the team would see similar success on the European stage.

The last decade has been defined by the emergence of a fantastic rivalry with Shakhtar Donetsk. The two teams have combined to win every Premiere League title since 1992 and all but one Ukrainian Cup since 1995. Stars of the era include midfielder Oleh Husyev, and national team captain and one of the finest goalkeepers to ever put on the Dynamo kit – Oleksandr Shovkovsky. With the emergence of rival Shakhtar, Dynamo has won only three Premiere League titles and a pair of Ukrainian Cups in the last decade, although they looked to be on their way to another before this season’s Ukrainian Cup was halted at the semi-final stage due to COVID-19. The highlight of the last decade has to be Dynamo’s run to the 2009 UEFA Cup (now Europa League) semi-final, where the team fell to – you guessed it – hated Shakhtar.

From all of us at What’s On Kyiv – happy anniversary Dynamo!