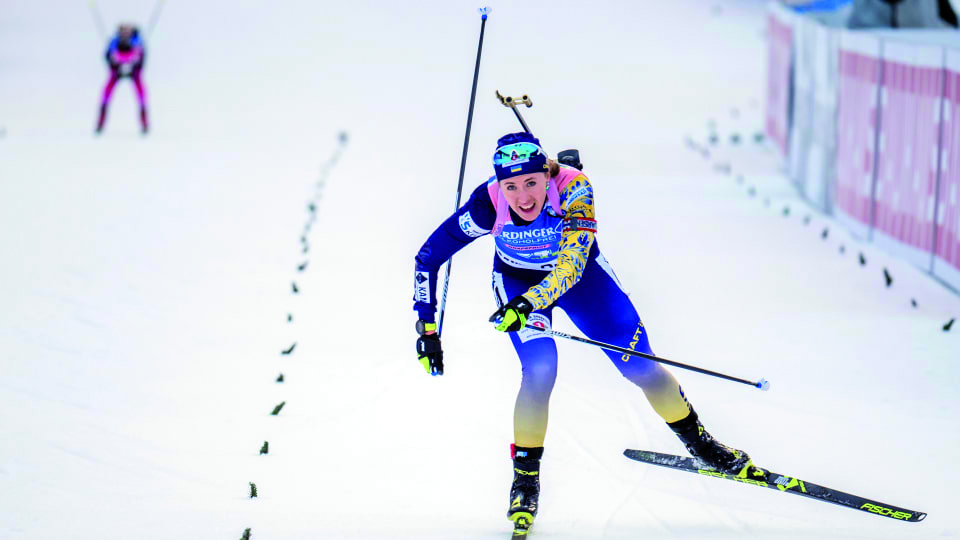 10-12 January in Oberhof, Germany and 17-20 January in Ruhpolding, Germany
The Ukrainian women’s biathlon team started the 2018-19 season off right as 28-year-old Olympic champion Yuliya Dzhima claimed her first-ever World Cup gold medal. She shot 20-for-20 to take the season’s first race – the 15 km Individual in Pokljuka, Slovenia. Dzhima was part of the Ukrainian women’s relay team that claimed Olympic gold in Sochi in 2014, but disappointed last winter in PyeongChang by placing 11th. “I actually hoped to be in first place last year,” said an excited Dzhima, “so that’s why I decided to start this year with a victory!” The Ukrainian team will continue their quest for a World Cup title with two events in Germany in January. Oberhof will host the 7.5 km Sprint and 10 km Pursuit on 10-12 January, while Ruhpolding will stage 7.5 km Sprint and 12.5 km Mass Start races from 17-20 January. You can catch the action on Eurosport and UA: Pershiy (First).
30 – 75 EUR (Oberhof),
95 – 345 EUR (Ruhpolding)
weltcup-oberhof.com &
biathlon-ruhpolding.de/en