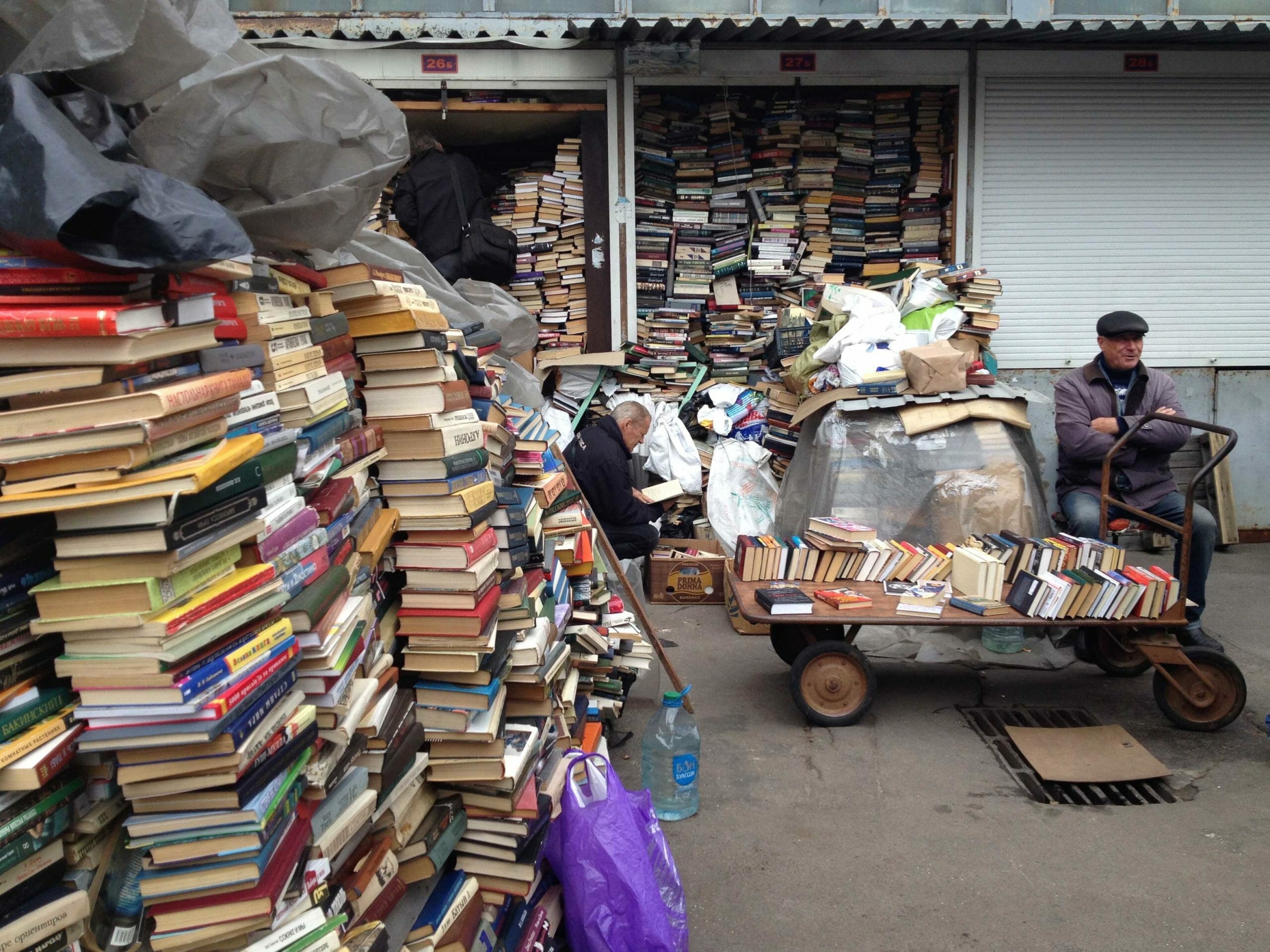 And what better way to celebrate language than by hitting the books. At Petrivka book market, you can browse through thousands upon thousands of books that cost as low as 10 UAH. You’ll find books in every genre imaginable and in various languages, though most are in Ukrainian or Russian.

At first the market might seem overwhelming — though some books are neatly arranged, many are stacked in messy piles — but it’s a fun experience, and you’re sure to come across at least a few good finds. Though commonly called a book market, Petrivka has much more to offer, like magazines, newspapers, DVDs, CDs, electronics, and office supplies.

The market is near the Pochaina (formerly called Petrivka) metro. Most vendors are closed on Monday, so head to the Petrivka book market Tuesday through Sunday 9:00 to 18:00 — though, as markets go, some vendors open later, and some close earlier.