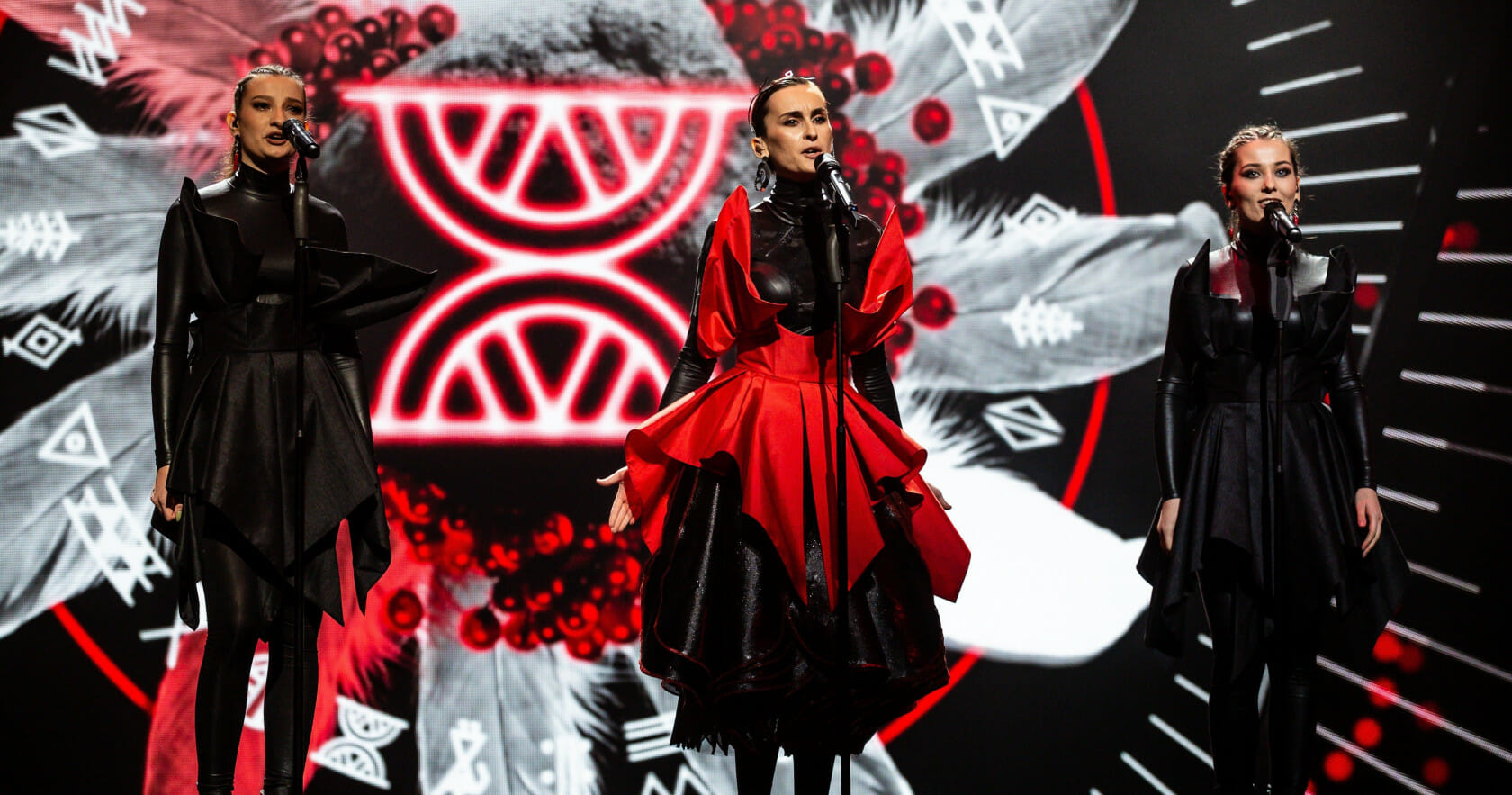 One week ago, six musical acts performed in the finals of Vidbir, the competition that determines who will represent Ukraine at the 2020 @EurovisionSongContest, which takes place in May in Rotterdam, Netherlands. During the final performance of Vidbir, @GoAbandoriginal beat out @ado.khayat, @bandurakrut, @hello.tvorchi, @DavidAxelrod.Official, and @jerryheilofficial.

Based out of Kyiv with members from across Ukraine, Go_A was founded in 2012 and released its first album in 2016. Made up of Kateryna Pavlenko, Taras Shevchenko, Ihor Didenchuk, and Ivan Hryhoryak, Go_A entered Vidbir with the band’s original song “Solovey,” which means nightingale in Ukrainian. The entire song is in Ukrainian, and lead vocalist Pavlenko sings in the traditional “white voice” or “open voice” style.

Though the singing technique may be ancient, this song is far from it. “Solovey” features modern dance beats and powerful drumming, plus the Vidbir final performance included a light show, with red and white lights shooting across the stage, traditional motifs on the backdrop, and fireworks coming out of a guitar.

Whether you like the song or not, it’s hard to argue against how captivating the performance is. Watch Go_A sing “Solovey” in the Vidbir finale here: https://www.youtube.com/watch?v=zNetXPSld50

And let us know what you think! Do you think Ukraine has a good chance at winning Eurovision 2020?