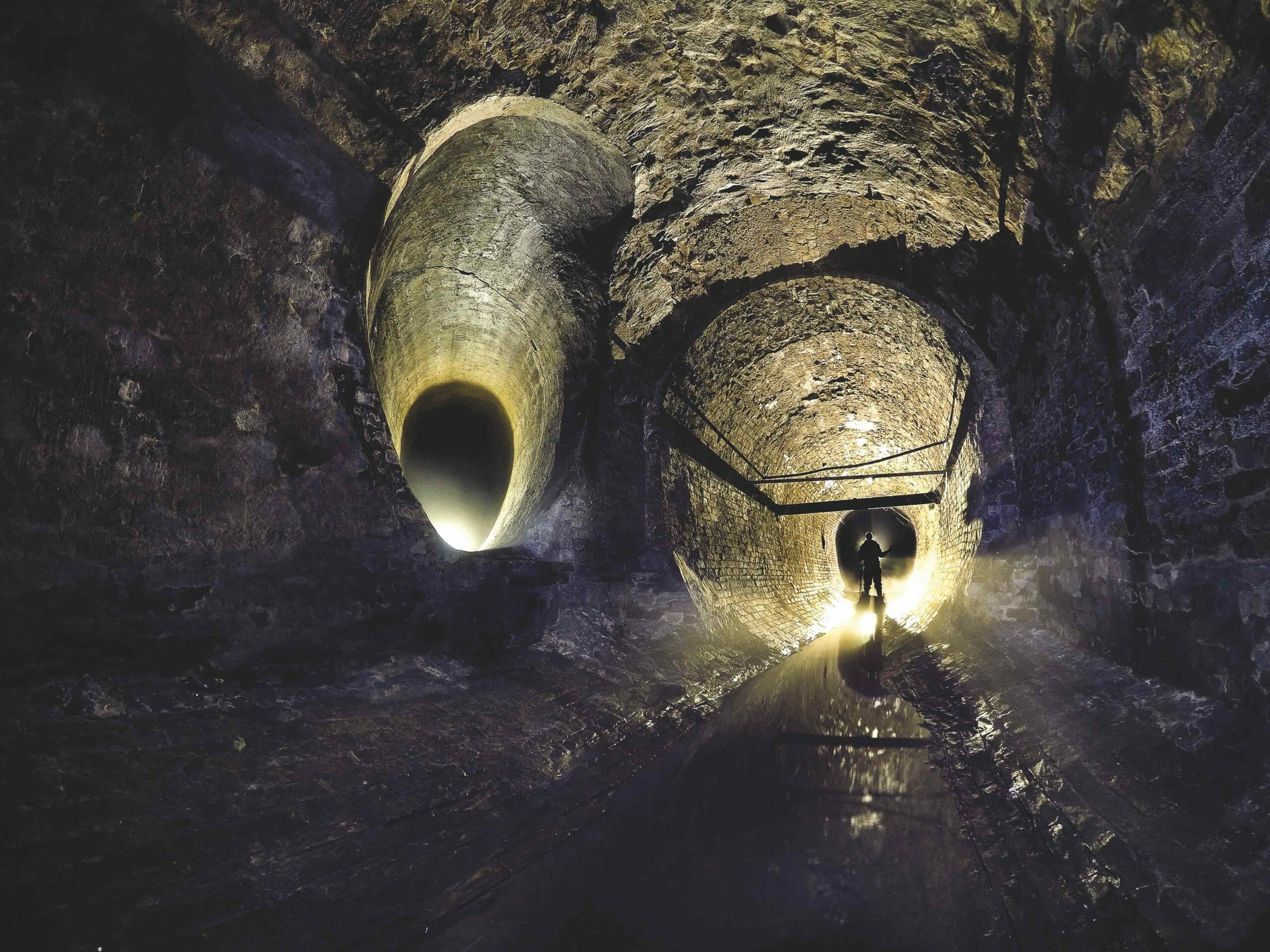 Have you ever wondered what lies beneath Kyiv’s cobblestoned streets? It is believed that a total of sixteen rivers flow throughout a labyrinth of tunnels under the city. Dating back hundreds of years, these rivers were submerged by city planners to better connect parts of the metropolis. Today, they remain in complete darkness, hiding an unrecognisable facet of the Ukrainian capital.

Another Side of Kyiv 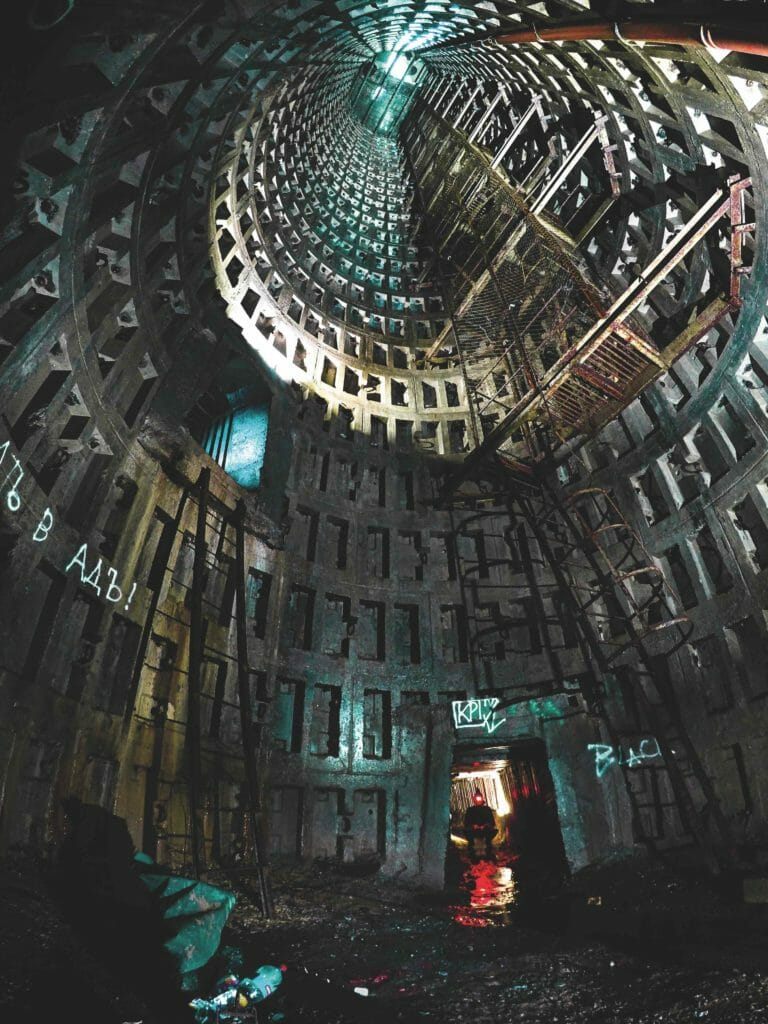 Three specific tunnels are said to be the most interesting: Hlybochytsya, Khreschatyk, and Askoldova. The first – Hlybochytsya, was an ancient river that flowed in the place of what is now Hlybochytsya street, constrained by streets
Verkhnii Val and Nyzhnii Val
on one side. In 1840, the river was submerged to unify the land and capitalise on the space. What remains is a cryptic environment worth uncovering, with its yellow-brick and egg-shaped structure, and clear trickling streams. Some say it’s reminiscent of London’s sewers – but without the smell, of course!

The next tunnel worth discovering is the Khreschatyk, which, as you might have guessed, is located under Khreschatyk street. Prior to submersion, this river posed a severe threat to Kyiv’s development throughout the 19th century. The winter months saw constant flooding, accidental drownings of residents and animals, and the risk of creating a ‘new Venice’. In response, the river was sunk in 1888 at the cost of $1.5 million. Today, you can encounter a completely different perspective of Khreschatyk to the one you know above ground. There may not be a Vsi Svoi, but you’re sure to come across other Ukrainian-made charms and some fantastic sights to remember.

Kyiv is full of these once-in-a-lifetime experiences that feature buried gems of Ukrainian history. While you could attempt to check out these corners of Kyiv on your own, we recommend grabbing a tour guide for assistance. Urbextour is a great option, offering both private and group tours, with prices starting at 1 600 UAH per person for a private excursion and 300 UAH per person for group excursions. In addition, Urbextour provides all necessary protective and waterproof gear. Make sure you leave your valuables at home and wear clothing that you don’t mind getting it a little wet or dirty! 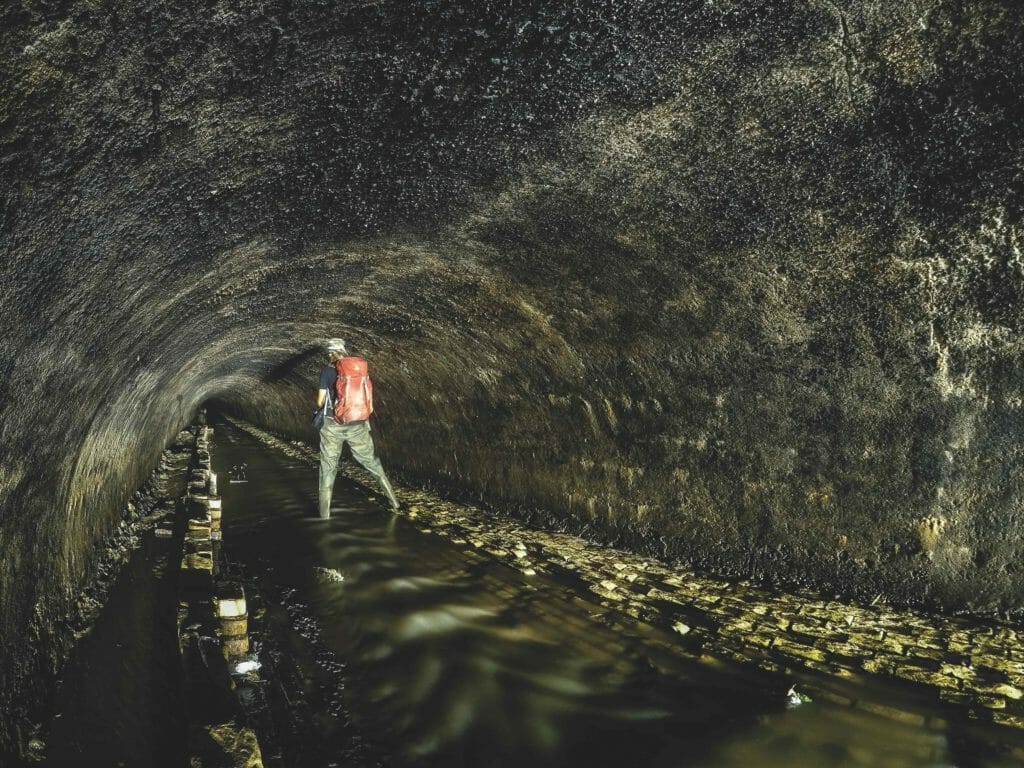 The adventures don’t stop there. In addition to Kyiv’s submerged rivers, many groundwater collection systems were also constructed to prevent landslides. One of these is Askoldova, a five-kilometre-long underground ‘snake’, which sits at 60 metres below sea level and continues to drain excess water into the Dnipro. Today, this tunnel makes for a fascinating subterranean expedition, which includes Kyiv’s biggest underground waterfall. Here, interesting cave formations like stalactites and stalagmites grow in total darkness.

Amidst these undersground water systems is another part of Kyiv’s exciting and oft-forgotten past: an abandoned Cold War defence bunker. A reminder of a terrifying period in civilisation, the bunker stands frozen in time as a place once meant to shelter six-hundred people from a nuclear attack. Fortunately, it was never utilised, but once you step through the heavy Soviet hermetic blast doors, you start to gain a strong sense of the fear people once lived with.