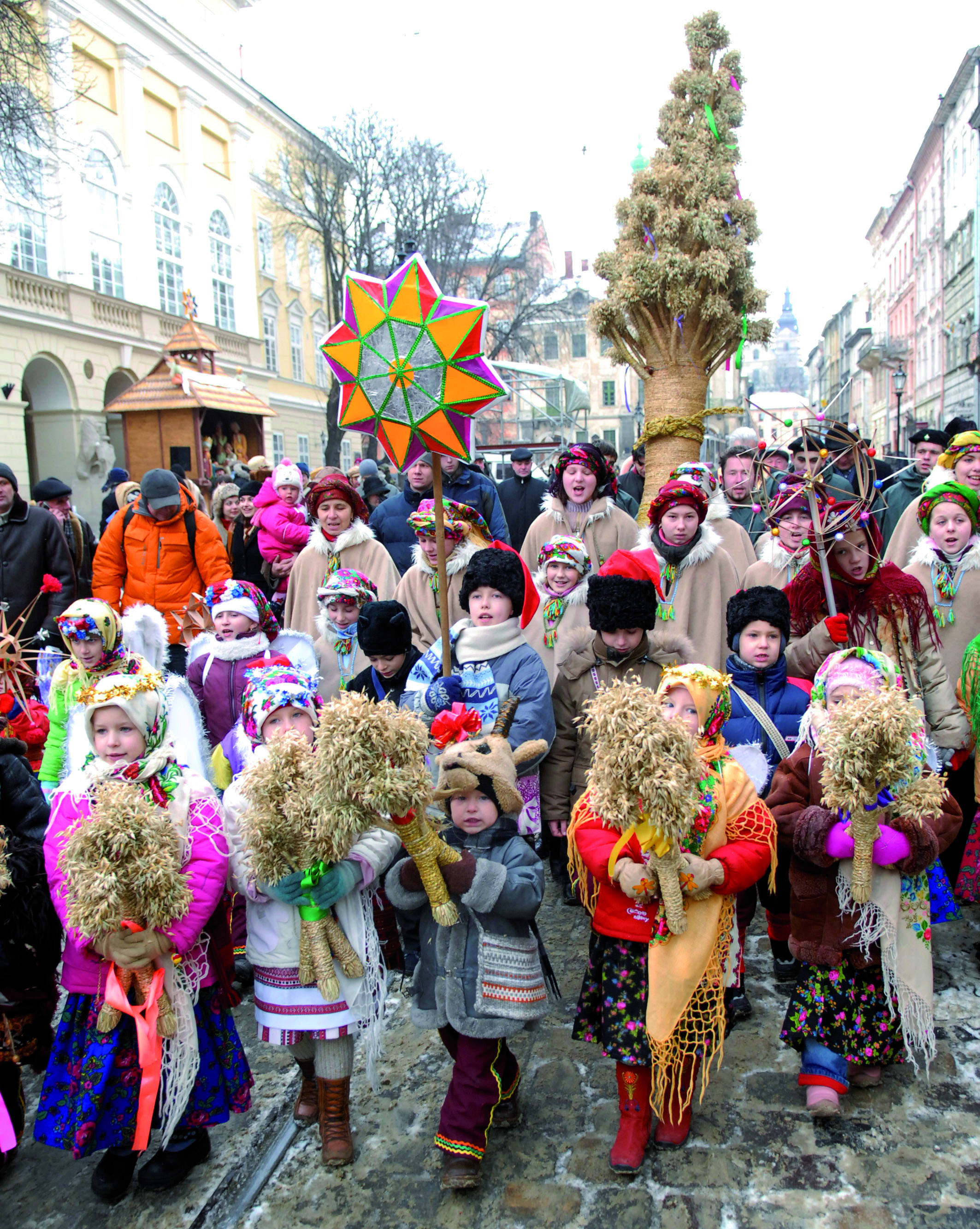 The 12 Months of News

Wild parades. Crazy costumes. Never-ending food and drinks. And more singing and revelry than you can shake a stick at. No, it’s not Mardi Gras. It’s the Ukrainian equivalent – Malanka

This holiday season be sure to experience for yourself one of Ukraine’s great cultural traditions. Long dormant in Soviet Ukraine, this little holiday has made a comeback and large events are planned across the country. 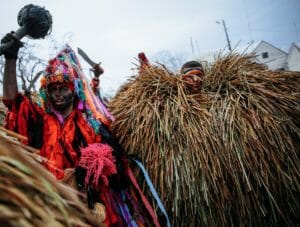 Malanka is how Ukrainians celebrate Old New Year – January 13-14, according to the Julian calendar. Falling nearer the end of the month-long holiday season, it is one of the biggest celebrations of the holiday season. It entails lots of food, drink, carolling, and good-natured pranks, while some communities have added parades, concerts, and other public events for the community to celebrate together.

In addition to a good ole party, Malanka also includes a travelling Christmas play, or vertep, where groups dress up in garish costumes and go door-to-door to perform a nativity-based performence. Characters can be very different from region to region, but generally include a goat, bear, angel, and Malanka herself. Modern plays often poke fun at public figures like politicians, so you can find characters dressed up as Berkut or Yanukovych alongside biblical characters like ‘wise men’ or the devil.

These roaming groups visit houses where they perform their comedy acts, sing shchedrivky (carols), and prank their hosts. Hosts make sure to wine and dine their guests, so the later in the evening the group arrives, the more ridiculous the play becomes. Hosts also see their guests off with a token of their appreciation (in addition to food and drink) so that the next morning the performers’ wallets compensate for their harrowing headaches.

Malanka dates back to Ukraine’s pre-Christian pagan days. One version tells the story of how Mylanka (from ‘myla’, meaning ‘loving’) is kidnapped by her evil uncle, where the land is cold and desolate until she is returned in spring. Christians used the event to celebrate the feast day of Melania the Younger and developed many of the traits we see in the modern tradition, including travelling plays, carol-singing, and spreading wheat in a house’s entrance to ensure health, happiness, love, and luck.

Malanka was banned in Soviet Ukraine, although some villages ignored the edict. Diaspora communities continued to celebrate the holiday and it is still a major event in many diaspora communities today, with western Ukraine taking the lead in reviving the tradition in post-independence Ukraine.

I’m in! Where do I celebrate?

We’re glad you asked. There’s lots of options, so pick out a place that’s near you or the one that looks the most interesting and make sure you don’t miss out on one of Ukraine’s coolest holidays!

Chernivtsi has hosted Malanka Fest each year since 2011 and gets upwards of 50 Malanka groups to participate in its parade each year.

A cross-oblast rival to the show in Vashkivtsi is found in the Bukovynian village of Krasnoilsk. The village has developed its own distinctly pagan character by combining the elements of Ukrainian, Romanian, Hutsul, and Bessarabian Malanka traditions.

The Village of Vashkivtsi in the Chernivtsi oblast lays a legitimate claim as home of the Ukrainian Malanka. The community has celebrated the event for well over a century and has some of the most ornate, fascinating, and over-the-top performers in the country.

Lviv is one of Ukraine’s premier places to experience the holiday season. Events start long before Malanka and include parades of didukhy (a traditional sheaf of wheat), koliadky (carolling), and vertep (Malanka plays). Be sure to check out the Parade of the Christmas Star which sees participants parade ornate, handmade stars throughout the city centre.

Many restaurants and clubs will have specific Malanka specials. If you’re looking for a party, check out the Ukrainian Youth Association – Kyiv branch’s Malanka on 12 January. TED Talk-style speakers, a fundraising auction, and a dance and party are in store for just 50 UAH. For a more traditional experience, check out the Malanka Feast performance at the House of Officers (Hrushevskoho 30/1). The nearly two-hour show costs 100-500 UAH. Kyiv Rus Park has plenty of traditional events throughout the holiday season too: we recommend checking out the Epiphany Day celebrations on 19 January.