A Rooftop to Beat Them All

Kyiv is seeing a resurgence of interest in tea culture, which has finally become fashionable in times when coffee seems to dominate. In some senses, it is a cultural throwback

Coffee represents the fast pace of modern life. Tea offers a slower pace. Tea culture is defined by the way it is made and consumed, and by the way people interact. It includes aspects of ceremony, society, history, health, ethics, education, and communication. In short, as the English would say, “There is nothing that can’t be solved over a good cup of tea.” 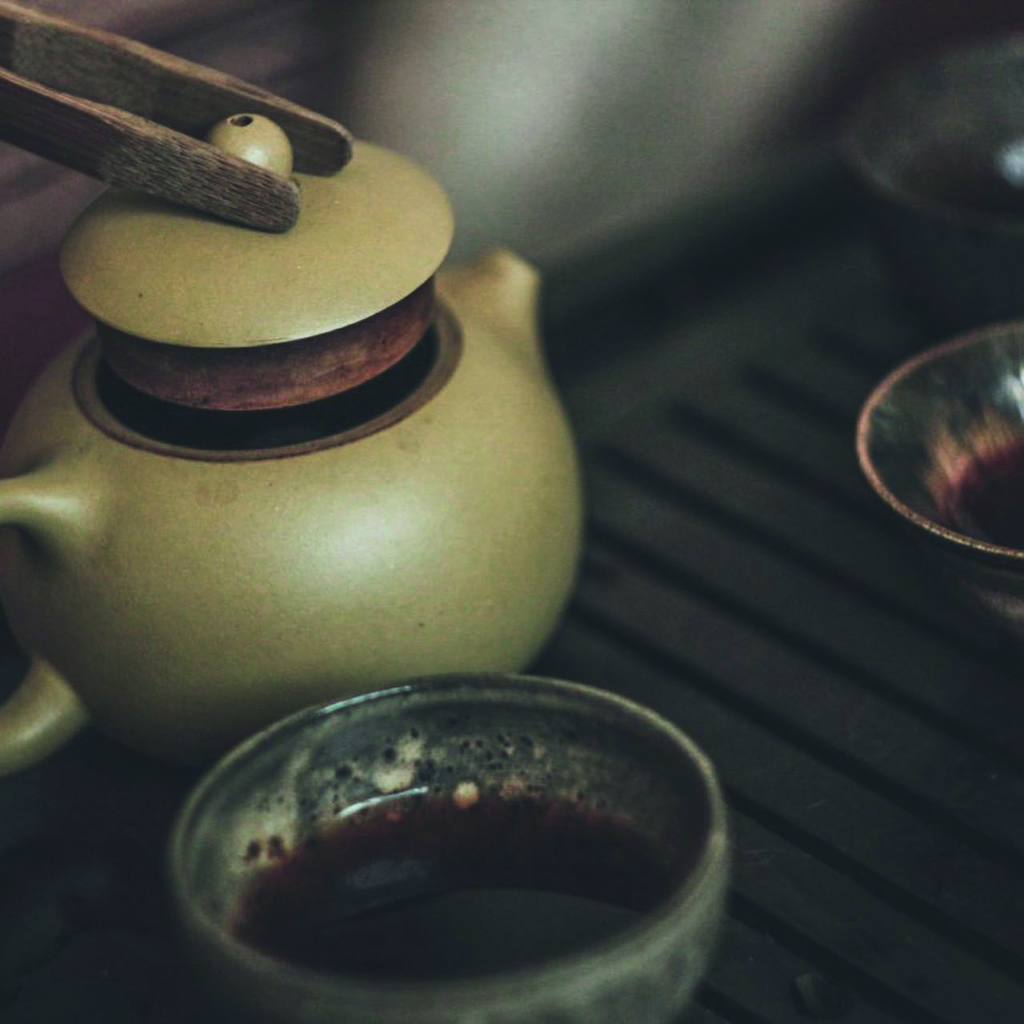 Despite tea-drinking being an integral part of the Ukrainian culture at home, tea options were modest on the menus of Kyiv cafés until recently. However, a real tea renaissance is underway. More tea options are being added and sommeliers are paying more attention teas of fine quality.

Dmytro Filimonov, a tea taster at Good Wine, is witness to the change and re-recognition. “It’s not a mere flash-in-the-pan of interest because we love tea here in Ukraine; it’s very common in every Ukrainian household.”

Alongside this is a rise in small tea businesses and clubs which sell a delicate selection and also organise various tea gatherings for those who strive to know more. For instance, Tea Army is a club of tea enthusiasts that holds tastings. An example is A Lecture on Tea, accompanied by an Exhibition of China for Tea and Coffee currently on at the Khanenko Museum.

“Audience interest was immense”, says Oleg Isaev, cofounder of Tea Army about the event. “Tea culture is widespread in CIS countries. It all started in the 90s when, after being surrounded suddenly by all things shallow and consumable, people were looking for something deeper. Back then, it was closely linked with esoterism and yoga.”

This summer they are holding tea tastings outdoors on a lawn near the Historical Museum over weekends when the weather permits: “A tea culture boom is happening,” says Isaev.

You can find great green teas at a vast majority of good Asian restaurants in Kyiv, such as Fish & Pussycat on Basseina and China.Hi on Franka Street.

Putting the ‘T’ in Healthy 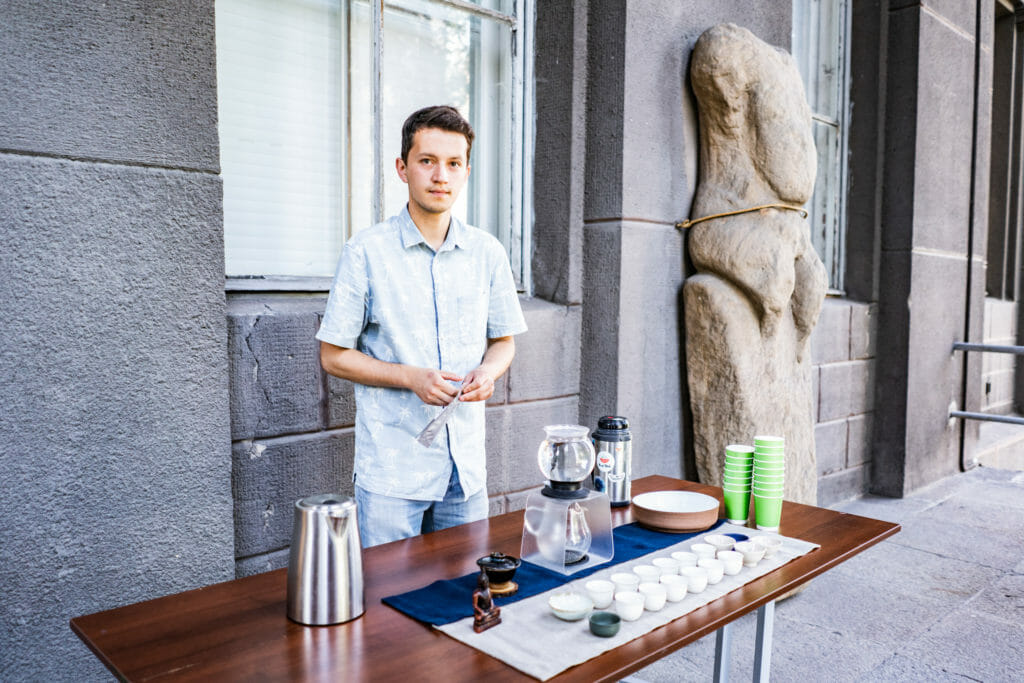 Tea is closely connected with a healthy lifestyle and when there is an event involving yoga, tea is most often served. At the National Art Museum of Ukraine, yoga is held from time to time and a tea ceremony from Lyu Chai follows the practice. “This is a new generation for whom being conscious is important. Therefore, they tend to drink quality teas which provide a clear state of mind. Tea can greatly inspire harmony with oneself.” That’s Klyment Matiunin’s take – founder of Lyu Chai (which stands for ‘pouring tea’ in Ukrainian). Matiunin advocates sipping oolong on early summer mornings after a good yoga practice.

Good Wine is getting serious with tea as well. “We try to maintain the curiosity of customers with different events, tastings, lectures, and more,” says Filimonov. They’ve recently presented the first Ukrainian (non-herbal) tea, which grows near Mukachevo in western Ukraine and is made by tea enthusiast Maksym Malygin.

A Taste of Asia 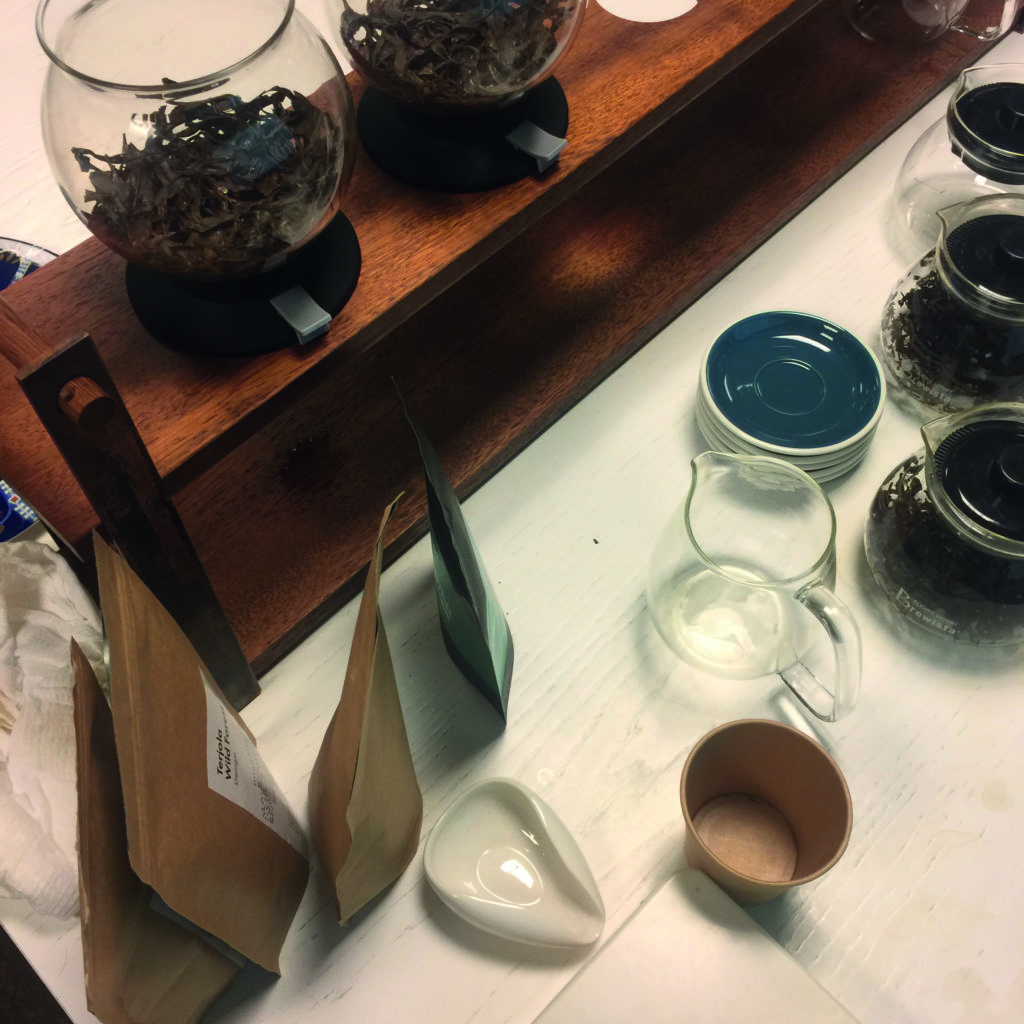 Matcha, a Japanese powder tea with a bright green colour, is also becoming prevalent in Kyiv. It’s now served in all the decent coffee places of the so called ‘third wave’. A pic of this drink is a must for the Instagram profile of every girl looking for the instant gratification and validation social media offers. Which is ironic since tea offers a longer lasting form, but ‘chaism’ promotes it and is the most well-known for it. These places often hold taste tests and lectures about matcha and a fashionable clique of girls follow to see and be seen.

The popularity is such that Ukrainian tea enthusiasts have decided to unite to promote tea culture even more with tea school HoReCA (the term is a syllabic abbreviation of the words Hotel/Restaurant/Café). It will include lectures by professionals in this sphere, and should take place this July and August both in Kyiv and Dnipro.

Certainly here in Kyiv, you are not at a loss for places to sip. Whether it be green, black, white, or herbal, there is a taste for everyone.