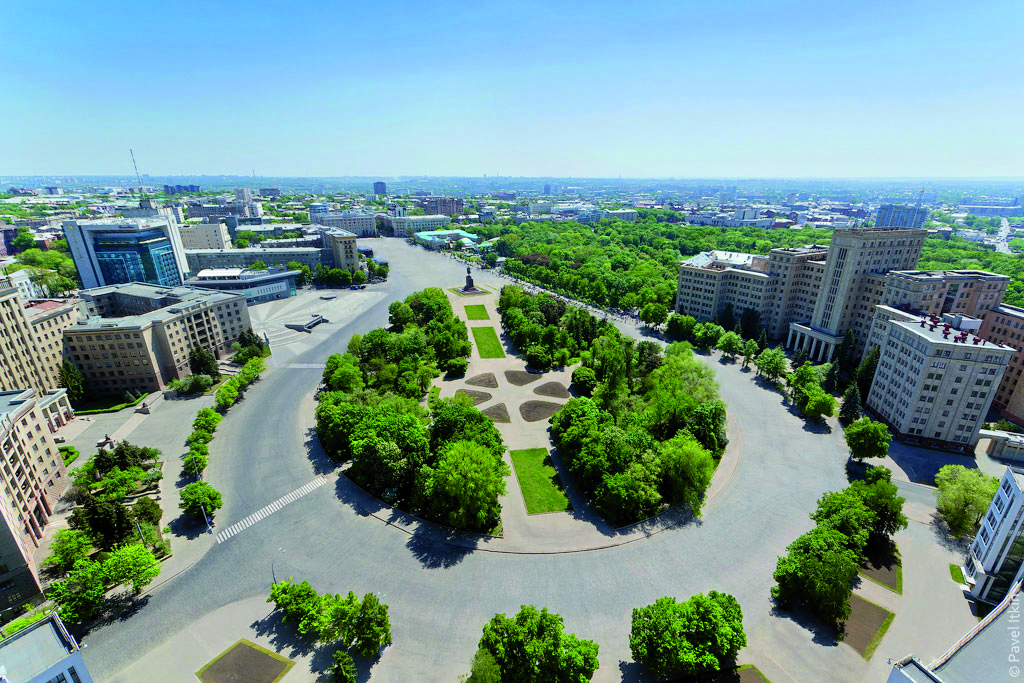 A weekend getaway is the perfect opportunity to recharge your batteries. It’s enough to generally understand A city’s atmosphere and see the main sights. And, most importantly, the city does not have time to become boring. In fact, a quick taster can make you want to come back for more! 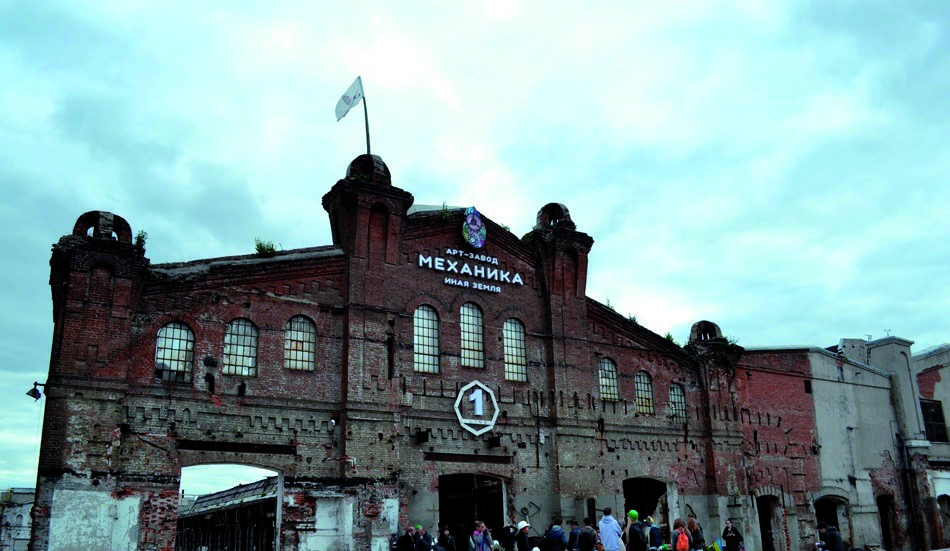 To begin with, a place every tourist and guest to Kharkiv must visit is Freedom Square. This is the largest square in ​​Ukraine and the sixth largest in Europe. From a bird’s eye view, the area resembles a chemical flask, or a Millennium Falcon for Star Wars fans.

The architectural complex located around the square is diverse but two premises dominate – those of the Karazin Kharkiv National University and Derzhprom, which is the first Soviet skyscraper. 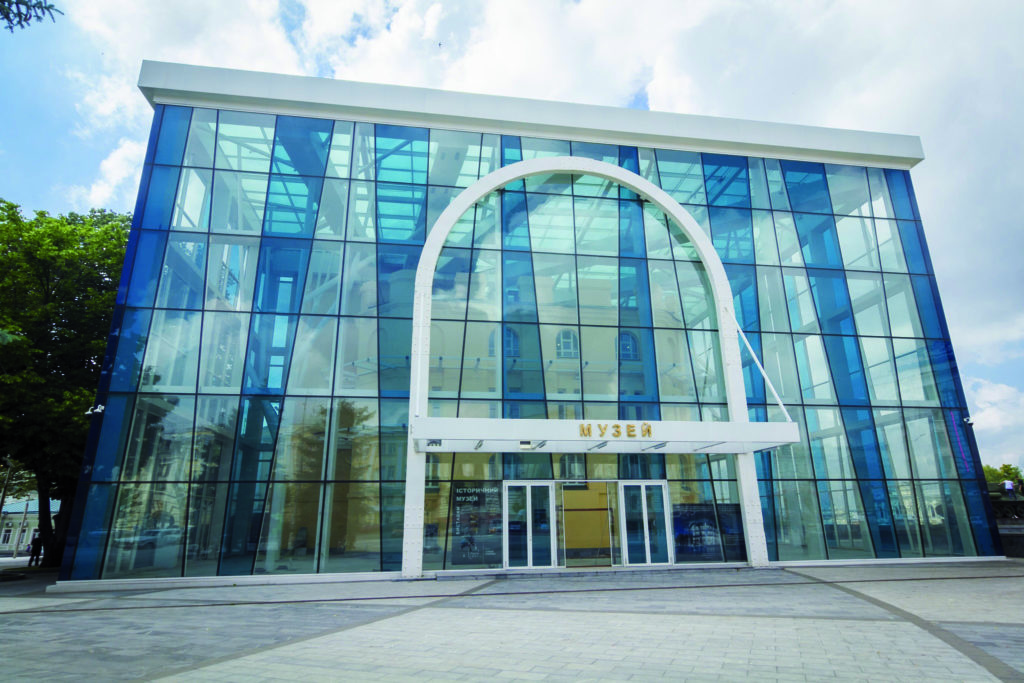 Next is Constitution Square. This is the oldest square in Kharkiv. Here you will find one of the most beautiful monuments in the city, the monument to Ukrainian Independence. Also, here is a favourite sculpture among Kharkiv citizens – the fiddler on the roof. And a large 16-metre thermometer on the wall of one of the buildings is one of the unofficial symbols of the city.

Nearby is the Kharkiv Historical Museum. It’s an old building repurposed and redesigned within a huge glass cube. It is the most significant museum in the city, with more than 200 000 exhibits in its collection.

Scratch Beneath the Surface 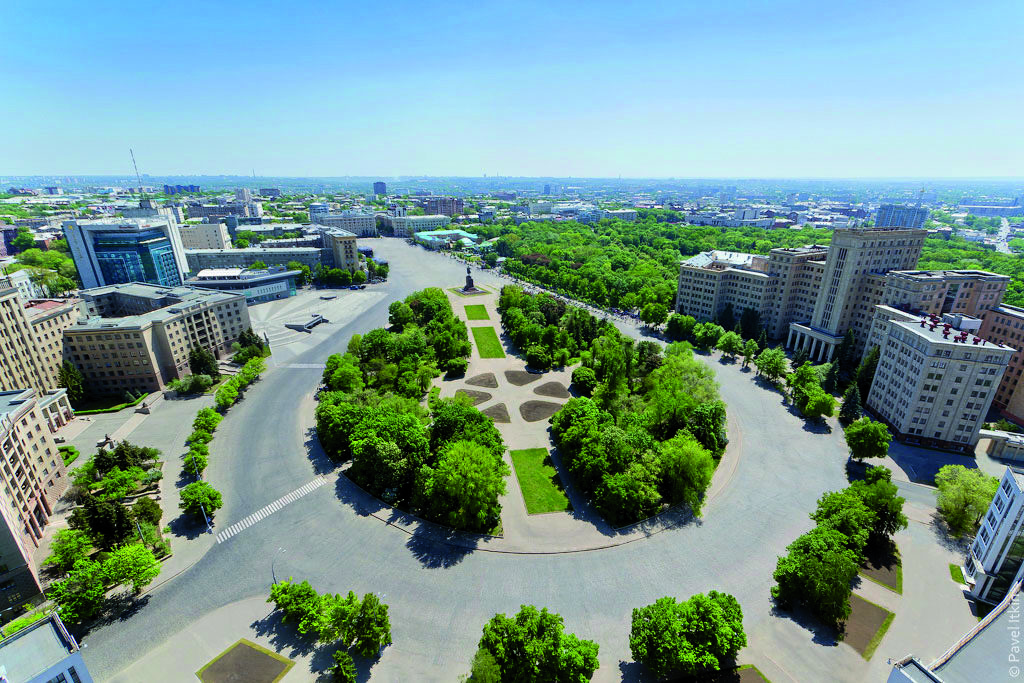 As in Kyiv, the main transport for its citizens is the metro. And it is definitely worth the ride. The Kharkiv metro currently has 30 stations and boasts more lines than Kyiv. Each station is unique and beautiful in its own right. This architectural ensemble was, for 35 years, designed by chief architect Vladimir Spivachuk. As a result of his vision and creativity, every stop in the metro offers something different from the last.

If you like delving deeper into lesser-known places, head to Mitasov house – Oleg Mitasov is one of the city’s urban legends. This artist was schizophrenic, and covered the walls of the city with strange inscriptions. He created a cult, a philosophy, because of its originality and singularity. The walls he painted are still preserved; the most interesting inscriptions Mitasov left are near his house (Kaplunovsky Lane 16). 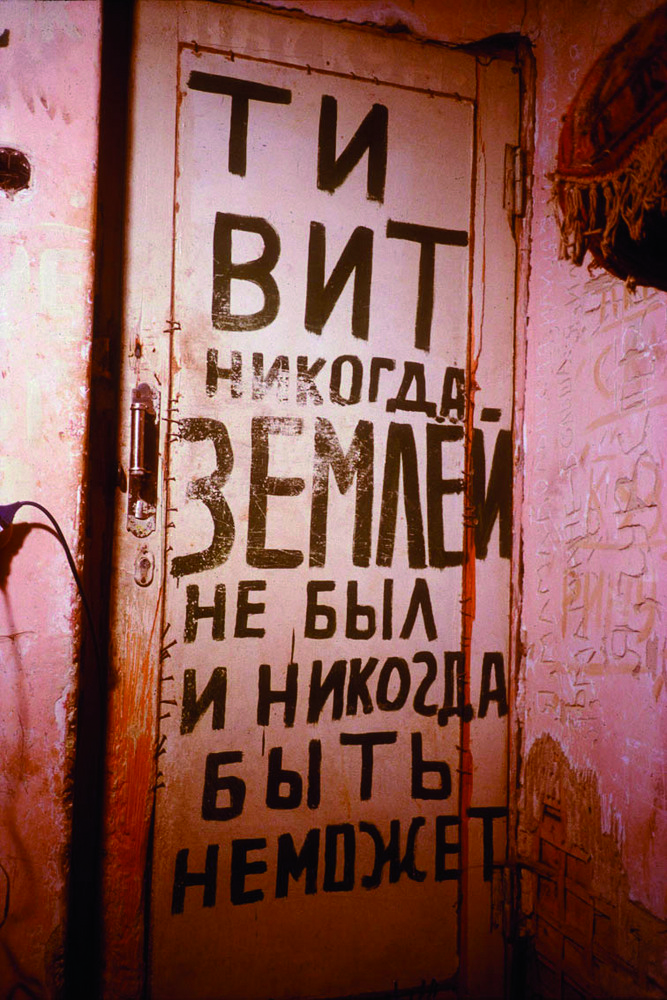 Art Factory Mekanika is located on the territory of the Malyshev factory, next to the current production halls. At this large multi-functional cultural and creative platform (20 000 square metres), there is a park, a concert hall, an exhibition centre, and an incubator for creative industries. Mekanika plays host to parties, festivals, exhibitions, fairs, sports tournaments, and championships.

Come In, the art gallery, is independent and contemporary. Here, exhibitions of works by both recognised artists and young talents are held. It is complemented by regular artist talks, excursions to exhibitions, and presentations of new publications and lectures. Performances of Kharkiv theaters and musical projects are periodically held here.

Finally, in terms of the gastronomic symbols of the city, there is no Kharkiv citizen who doesn’t know the pizza from Buffet. This is one of three giants of Kharkiv fast food along with FreshLine (recently exported to Kyiv), and Kulinichi. However, while the last two chains of establishments are now in other cities, Buffet can be found only here, making it must-visit when beginning your Kharkiv education.