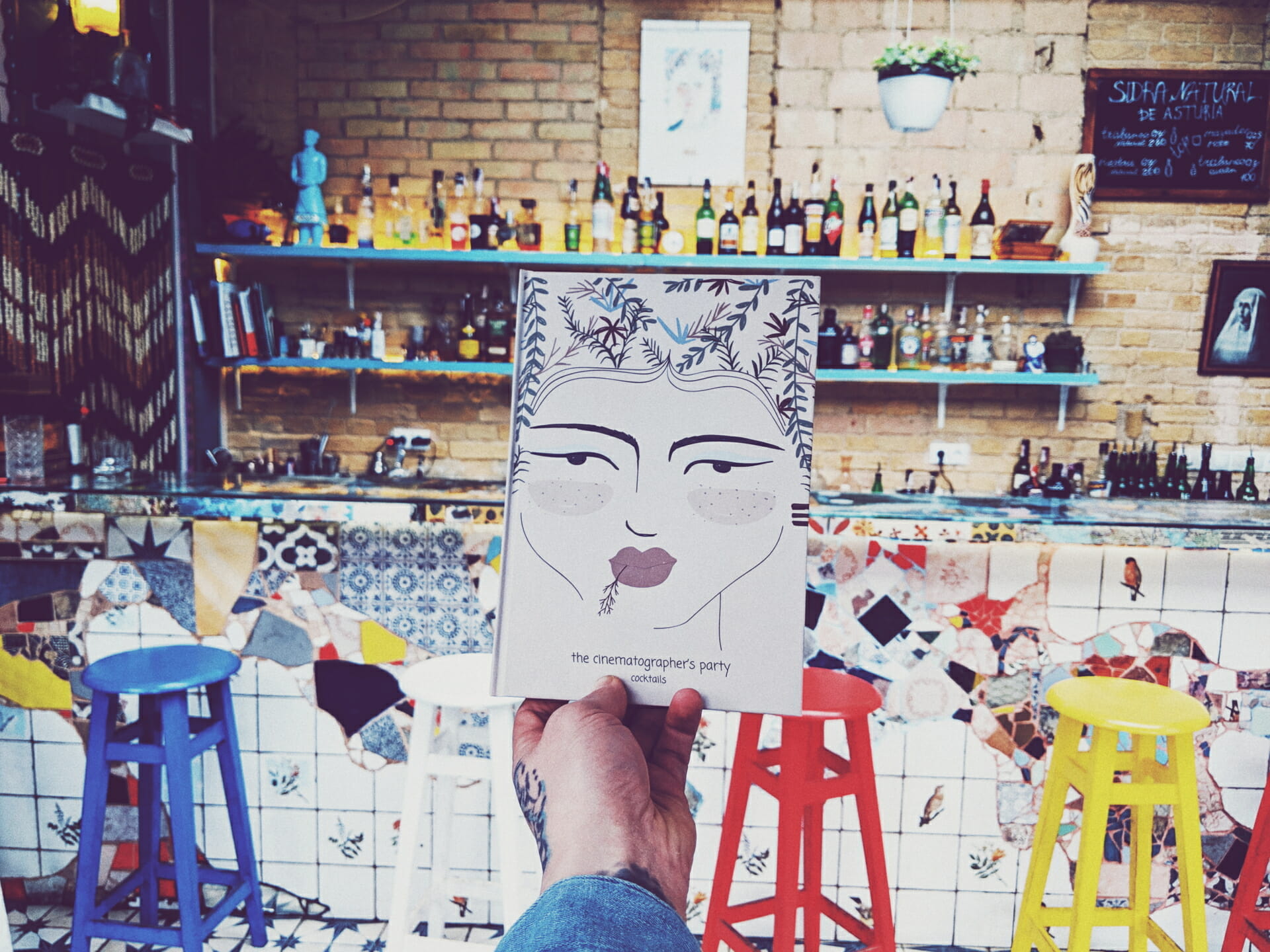 Since its recent opening in January, The Cinematographer’s Party cocktail bar has been known as a gathering point for the city’s creatives. We wanted to find out what makes TCP unique and why you don’t have to be a cinematographer to belong 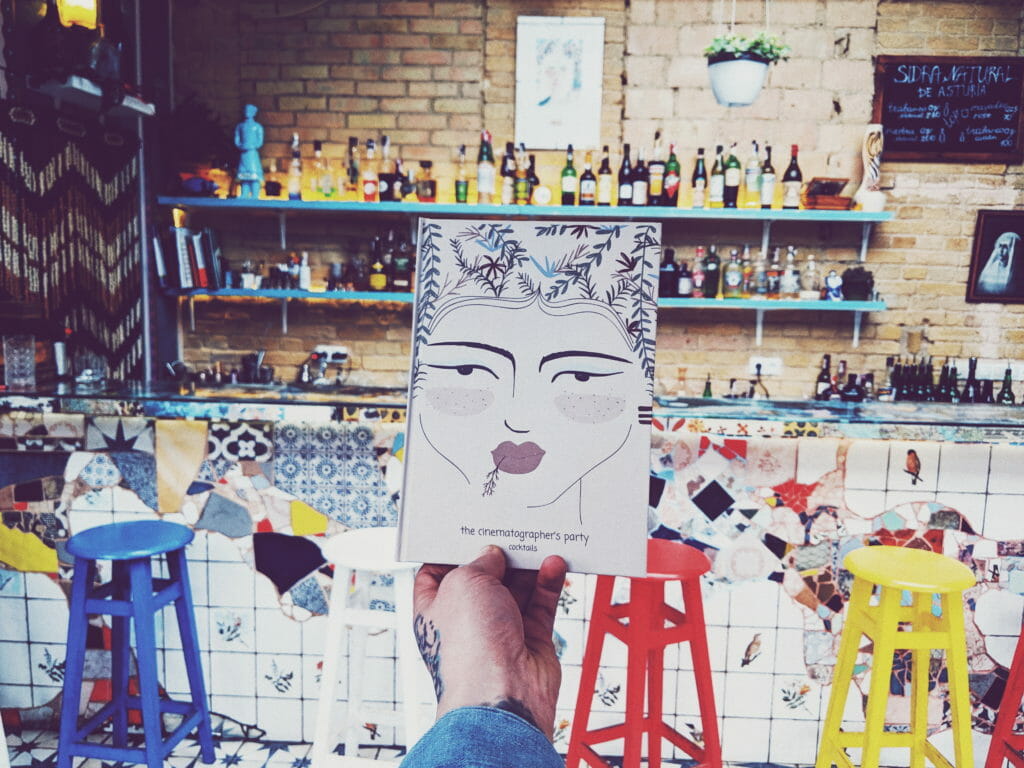 In 1985 American singer Paul Simon travelled to Johannesburg to find inspiration and new African sounds for his next album. A year later, he released Grammy-award-winning album Graceland with the dulcet I Know What I Know.
Many years later, when working in Cape Town, film director Roman and camera operator Jamie decided to open a bar together. As well as sharing a passion for filming and good cocktails, they were also both fans of Paul Simon and especially Graceland. Even though I Know What I Know has nothing to do with cinematography, the friends considered that three words from their favorite song would play a perfect name for their new bar in Kyiv.
In January 2019, a year on from that moment in South Africa, The Cinematographer’s Party appeared on Kyiv’s bar map. 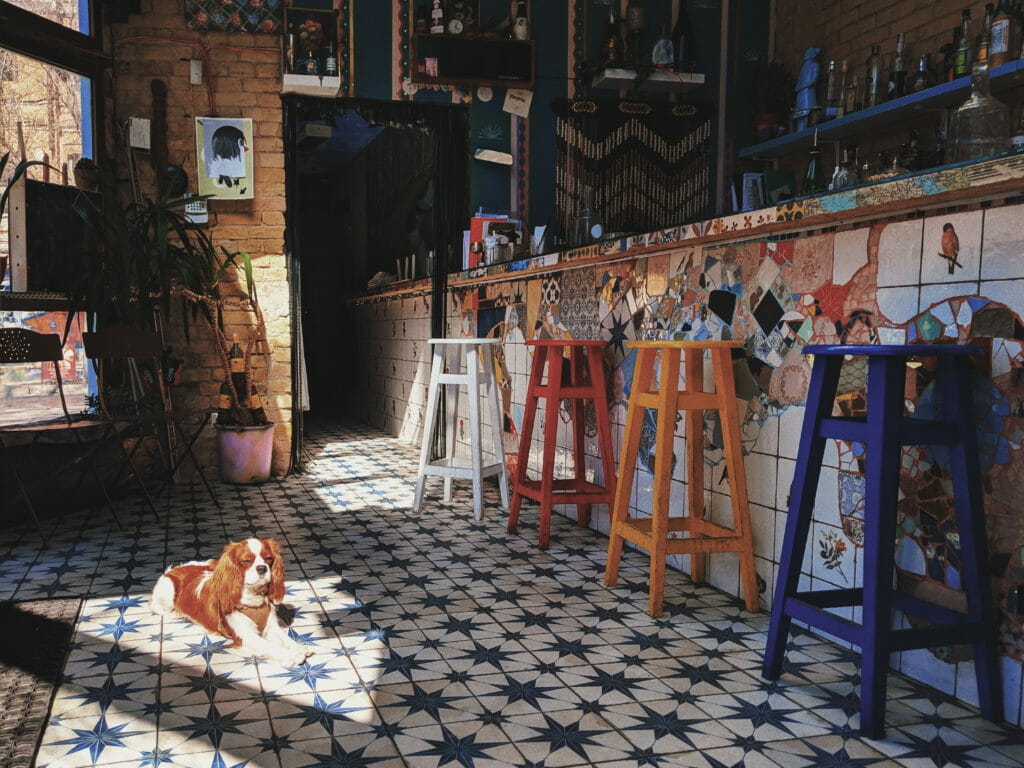 I come to TCP on Wednesday evening right after work. Roman Jirnih warmly welcomes me at the entrance. In his green cap and denim shirt, exuding a relaxed manner, he seems more visitor than bar owner. Back and forth between Moscow and Los Angeles, he is a rare guest in Kyiv, so I’m very lucky to catch him.
The interior of the bar enchants at first glance. Low lighting creates a warm, if not intimate atmosphere. A row of three red velvet chairs from the local cinema Lira invites you to sit back and sip a cocktail. There are vintage telephones, porcelain figurines, plants in every corner, and old photographs – the TCP founder hoarded it all from Petrivka flea market. Even the Yamaha organ from 1971 seems like it was only ever meant to be there.
Jirnih’s creative friends have also contributed many artefacts.

Artist Yura Pilishkin gave a portrait of a beautiful Hispanic woman called Flora, which has become the bar’s mascot and now adorns the wall behind the bar counter (say hi when you next visit). Flora also plays the leading role in a story found on the pages of the new cocktail menu, which was illustrated by Eugeniya Manko. Another friend of Roman, the artist Pavlik Kuznetsov set the tone to the bar with his art incorporated into the decor throughout the space. From every detail in the interior to signature cocktails, the entire place is built on teamwork and friendship. “We aspired to open a bar in the neighbourhood where everyone can relax and drink cocktails without feeling uncomfortable. And you don’t necessarily have to be a cinematographer to have a good time here,” – says Jirnih.

The Palette of Cocktails 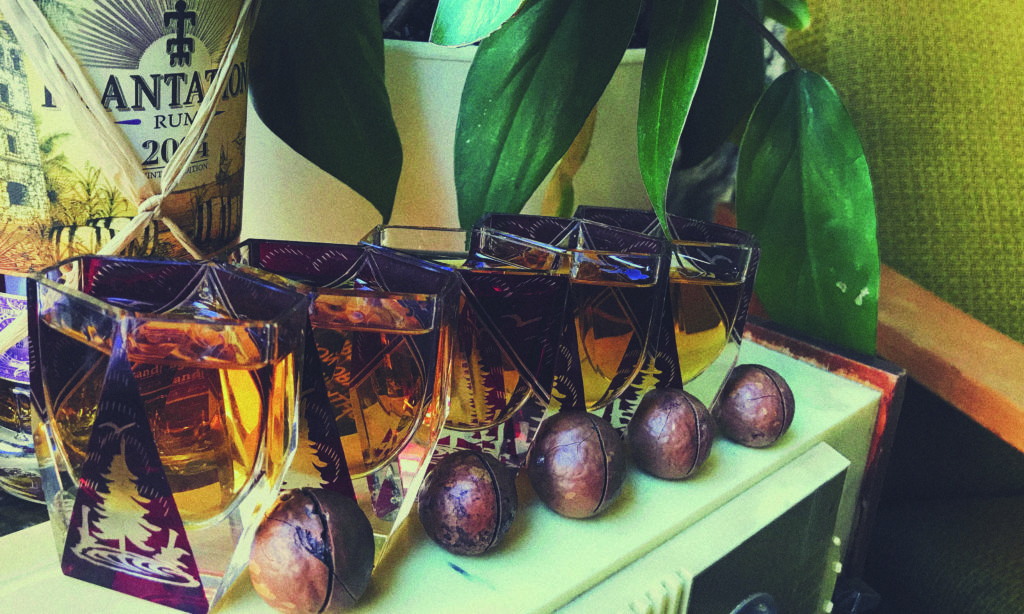 The bar menu boasts 10 cocktails named after 10 different colours. Order White if you are in the mood for something creamy and fizzy; for a soft saffron take Yellow; infused by gin and sorrel wine Green promises to be delicate and refreshing; whilst Pink is fruity with a hint of vinegar.
All the recipes are unique, so you won’t find them anywhere else. Whether it’s a vinegar-pickled cherry or pineapple cordial, the barmen prepare every single ingredient in-house.
Jirnih leaves for a moment and comes back with two glasses in hand, one red, one green. While I’m sipping on Green (refreshing, indeed) Roman delves into more secrets of TCP cocktails, but not before turning his attention to the music and choosing something perfect for the moment. The captivating voice of Miriam Makeba starts singing Pata Pata, “she is my favorite,” – adds Jirnih and takes another sip of Red.

What’s On The Menu? 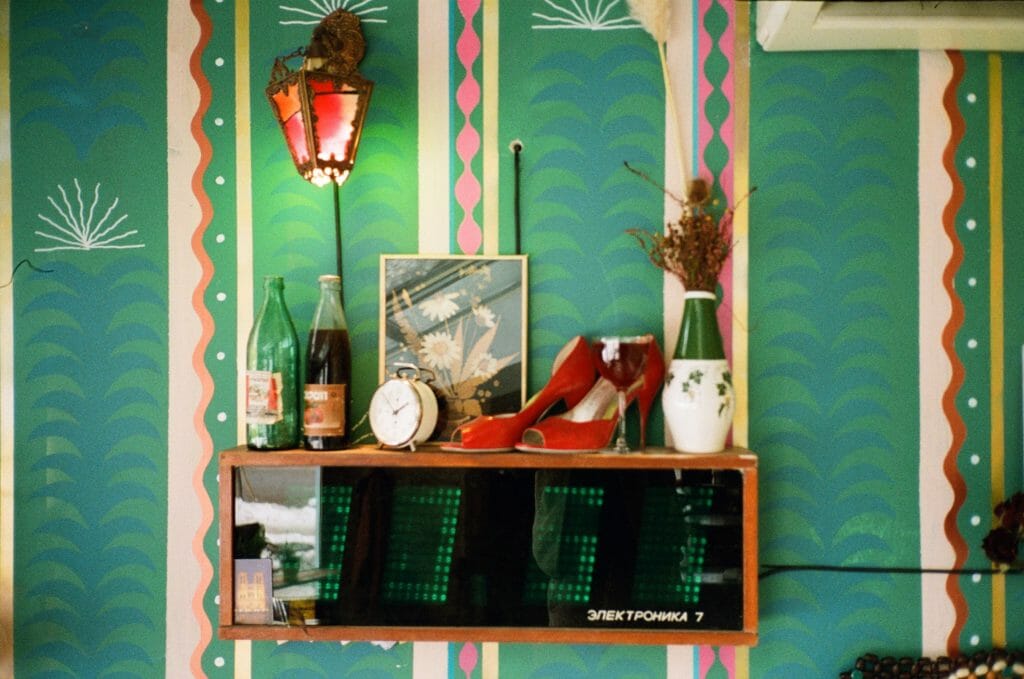 The bar opens at 18.00 daily and the menu has everything from appetisers to enjoy over drinks, to generous dinner dishes. Almost every course boasts a signature ingredient – a homemade sauce, oil or foam you’ve never tried before.
The menu is a result of the work of Odesa-based chef Oleksandra Stukalska. To create unusual flavours at affordable prices, she reimagines the simplest ingredients. What can you expect from boiled cabbage? Not much, unless you taste it at TCP, paired with a creamy soy sauce.
The veal tataki arrives at my table along with a rich scent of truffle. The Hawaiian ahi poke with tuna is about to accompany my feast. Maybe it’s time for another colour from the TCP’s cocktail palette?

The atmosphere, service and unpretentious approach make The Cinematographer’s Party hard to beat. When I leave the bar, the voice of the legendary Miriam Makeba is still in my head. I’m not a cinematographer, but the people, music, and flavours of this place have managed to turn the most ordinary Wednesday into a small party.

Make sure you try: 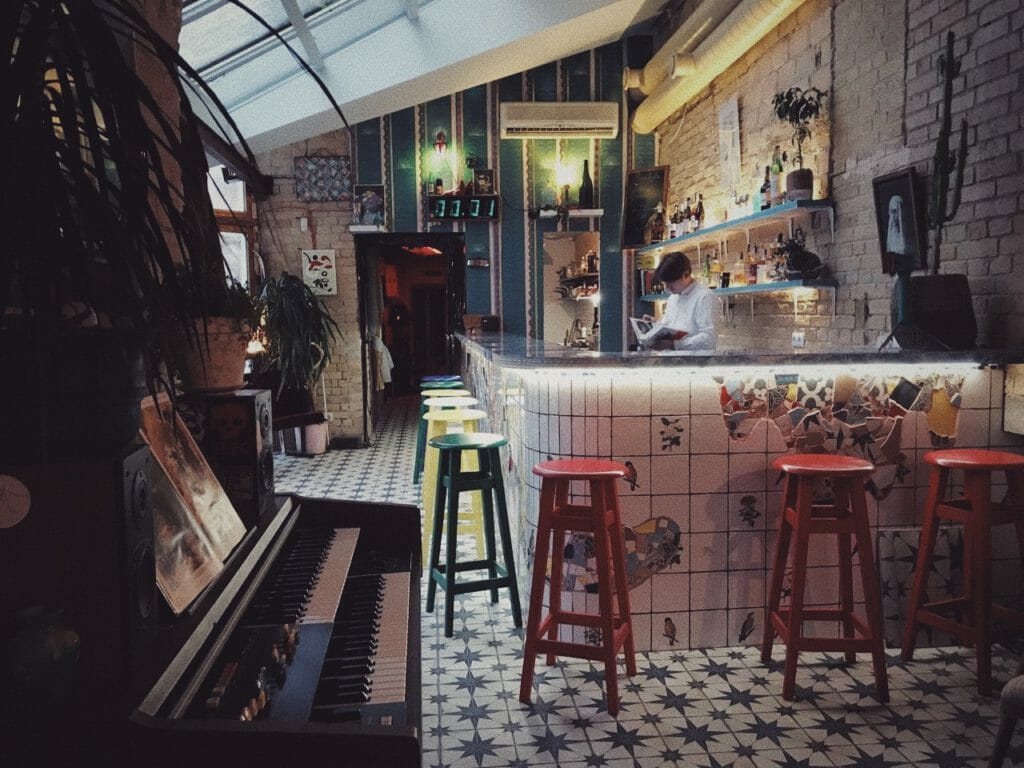