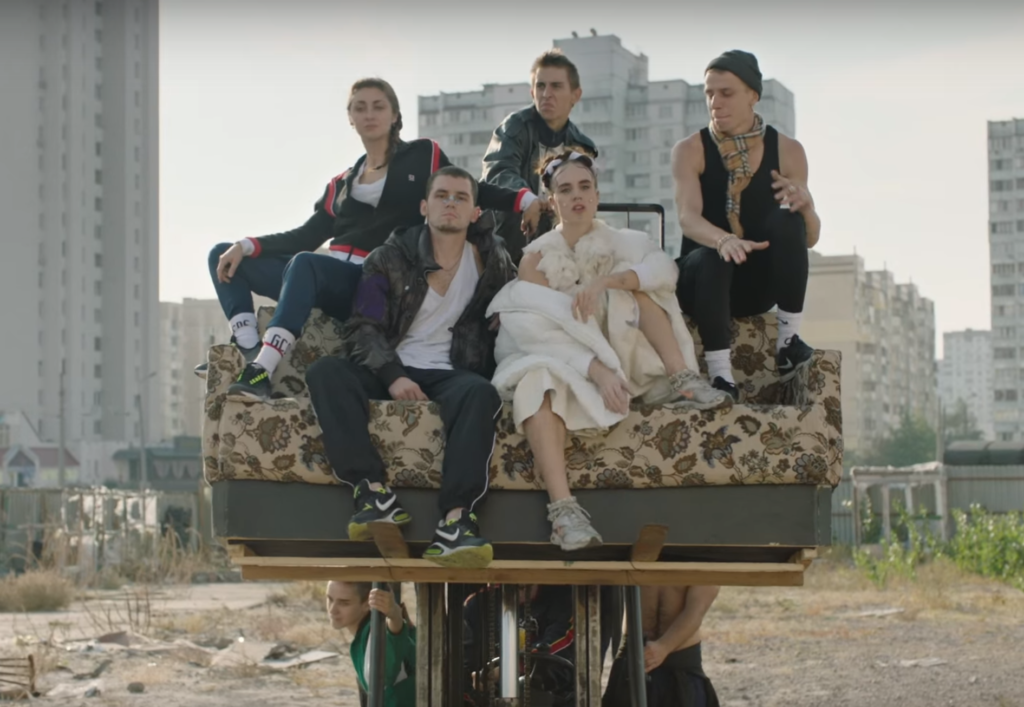 After several weeks of confinement, your city might start to seem like a distant memory. For many of us, life has been reduced to the small radius around our homes. But residents of Ukraine’s capital are in luck: in recent years, Kyiv has become an in-demand location for music video shoots. Many global superstars have flown halfway across the world for the sake of landscapes that we see on an almost daily basis.

Thanks to this trend, Kyivans can continue to explore the city from unexpected angles, even during lockdown. Let us recommend some of the finest made-in-Kyiv music videos that will enable you to return to your favourite streets from the comfort of your sofa.

Manchester synth-pop duo Hurts are already regular visitors to Ukraine: Beautiful Ones is the second of their videos made in Kyiv (the first was for the song Wings, back in 2015). Both were filmed in Troieshchyna.

Beautiful Ones is provocative and hard-hitting, making creative use of reverse chronology to tell a story of hate crime and revenge. It’s only a minute and a half long, and totally captivating.

To accompany this savage, unrelenting track, British indie rockers Foals were looking for the endless repetitions of a dormitory suburb. Where else to look but Troieshchyna? Expect a high dose of human drama, a fierce dog charging through wasteland, as well as majestic shots of the Kyiv Sea.

3. Mark Ronson ft. Miley Cyrus — Nothing Breaks Like a Heart

In this video, the character played by Miley Cyrus sings behind the wheel of her car as she makes her getaway from the police. Though the story is set in the US, the producers somehow settled on Kyiv’s Darnytskyi Bridge as the perfect location for the car chase.  The American road signs and license plates look pretty incongruous against the high-rises and cupolas of the Kyiv skyline.

The superstar’s Ukrainian fans were delighted, but residents of the city’s left bank weren’t too happy about it: the bridge was closed to traffic during filming.

4. Twenty One Pilots — Nico and the Niners

In 2018, American hip-hop-rockers Twenty One Pilots released an acclaimed trilogy of music videos: Jumpsuit, Nico and the Niners, and Levitate. The second of these was shot in both Kharkiv and Kyiv (the Faculty of Cybernetics of Taras Shevchenko University can be spotted in the frame).

The story takes place in a dystopian society ruled by bishops, where the people are deprived of freedom and hope. Rebels come marching in with flaming torches to save the day.

Danish singer Karen Marie Ørsted came to Kyiv to shoot this daring, stylish promo clip for her hit Kamikaze. In the frame you’ll catch glimpses of concrete high-rise buildings, graffiti-covered walls, dusty play areas, and bleak building sites. Where can we find all these in Kyiv? You guessed it — it’s Troieshchyna (again). The star captured the local flavour and even won over the local youth, many of whom featured as extras in this video.

6. Frightened Rabbit — Get Out

In this video, which tells a tale of forbidden love between two girls, the American rockers chose two iconic locations — the Motherland statue and the Vernadsky library. There are also scenes in familiar-looking post-Soviet interiors, at intersections, and in the courtyards of high-rise buildings, which are more difficult to identify. Full of pain and longing, this video captures Kyiv in exquisite light, as well as under snow.