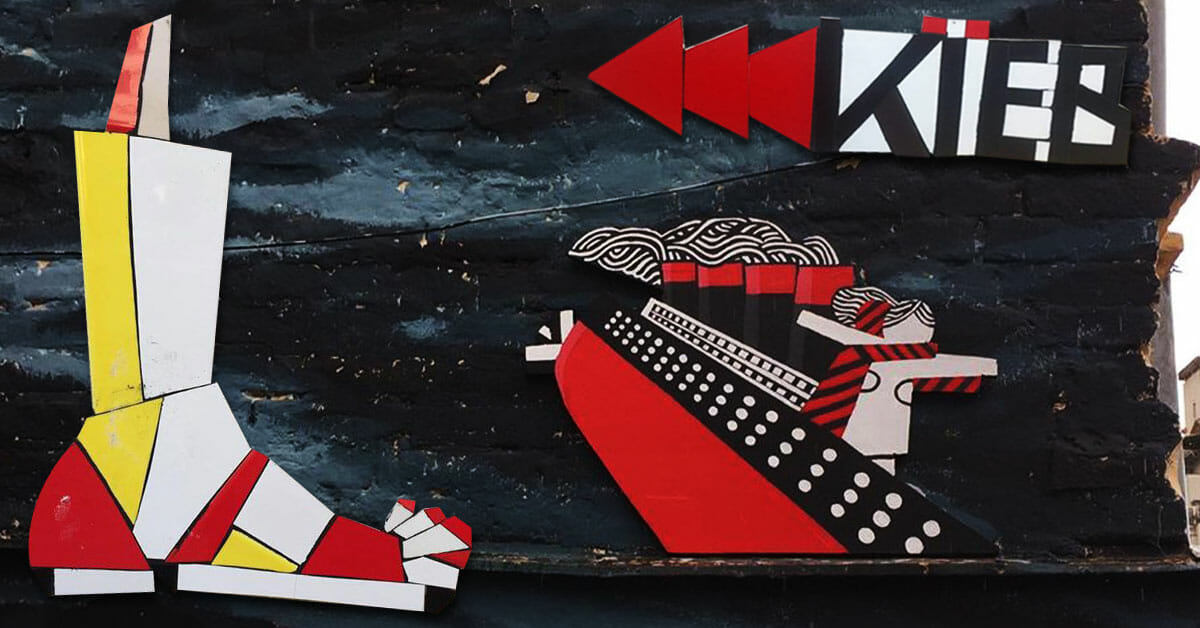 All You Need is Love… and a bit of Delicious Content

In autumn 2018, miniature mosaics began to appear on buildings around Kyiv. The group behind the initiative is Pomme de Boue, a street art collective who would rather not identify as such. The members of Pomme de Boue do not reveal their real names, nor do they call themselves artists. In fact, they would rather not be associated with the concept of “art” at all. Nevertheless, they have installed more than 200 small works around the city, made out of concrete and colourful ceramic shards. 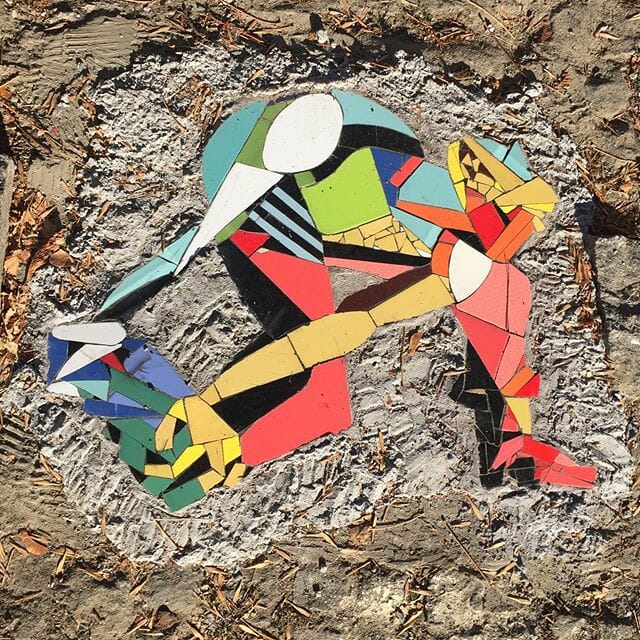 The group sprang into action in the winter of 2018-2019 in response to the grey tones of Podil, which, in their words, was in need of some “bright spots”. For the creators, these mosaics have an antidepressant effect, and have become a new kind of landmark. This is not about reviving the Soviet tradition of monumental mosaics: Pomme de Boue are interested in the city itself, and the fight against gloom.

Although their mosaics are periodically damaged or destroyed, leaving gaps on the walls, the team won’t be sitting back idly – they plan to continue enriching Kyiv’s streets with their work. They believe that even a tiny detail has a profound impact on the urban environment.

Remember not to call this “art”, but try not to call it a “project” either: for Pomme de Boue, this word is just marketing jargon. Instead, they call themselves formalists and link their work to art movements like cubism, futurism, and constructivism. They aim to build asymmetric expressive compositions that avoid right angles. Making a collage from pieces of tiles is an unpredictable process, involving a high degree of improvisation.

Pomme de Boue aren’t interested in private views, exhibitions, or curators. They are equally sceptical about contemporary street art, which they see as a parade of stereotypes, endlessly-repeated cartoon-style drawings and huge unreadable inscriptions.

So if this is neither art, nor a project, then what is it? Pomme de Boue prefer to think of their creations as “visual injections” in the urban space, something akin to a dash of red lipstick, providing a dose of energy and positivity where it is most needed.

You can admire Pomme de Boue’s works on Instagram: @pomme_de_boue