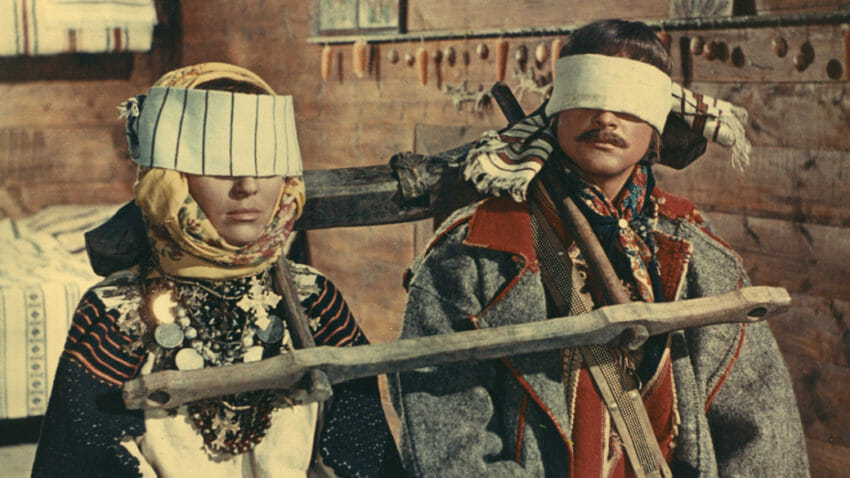 Music To My Ears

No matter what part of Ukraine’s history you want to learn more about, there’s likely a movie that can introduce you to it. Here are a few to get you started.

Based on the book by Ukrainian writer Mykhailo Kotsiubynsky, Shadow of Forgotten Ancestors features Hutsul culture, traditions, and folklore, all while following a complicated love story — Ivan falls in love with Marichka, whose father killed Ivan’s father. But the story doesn’t end there. We don’t want to spoil too much, so you’ll just have to watch this 1964 movie that some call a Ukrainian version of Romeo and Juliet. This movie is in Ukrainian but has English subtitles.

This powerful documentary about the 2014 Euromaidan, or Revolution of Dignity, is a must-see. The film puts you right on the street alongside demonstrators as the peaceful protests turned violent. It was nominated for an Oscar in 2016. This documentary has English subtitles.

This 2017 historical fiction movie follows two young lovers in Ukraine during the Holodomor. Though the movie didn’t get the best reviews, there is no doubt that it brought more attention to this devastating famine that took place 1932 to 1933. The storyline hooks you in, plus seeing the Holodomor depicted in video will have you interested in learning more about it. This movie is in English.

You’ve likely heard about this 2019 release — and for good reason. This five-part series follows the 1986 Chornobyl (the series title uses the Russian spelling) explosion. This miniseries does have some historical errors, and some introduced narratives, but it attempts to introduce the wider public to this catastrophe. Listen to The Chernobyl Podcast to get an inside look at the show’s production, which helps you to understand more about which storylines were changed for the show and why. The miniseries and podcast are in English.