The original Theatre of Opera and Ballet completed construction and opened its inaugural season in 1867, the third Imperial Theatre established in the Russian Empire. In the 19th Century, the Theatre was much acclaimed for its productions, particularly by the composer Piotr Tchaikovsky, who admired the Theatre’s productions of his works. After a matinee of Eugene Onegin, the Theatre accidently burned down. The theatre was reconstructed and reopened in 1901. The architect, Victor Shreter planned the construction using both classic and modern-Viennese style. Leading up to the Russian Revolution and through the Twenties, the Theatre experienced a Renaissance, particularly in artists such as Mykola Lysenko who created works with Ukrainian themes such as Natalka Potalvka, Taras Bulba and Christmas Night. 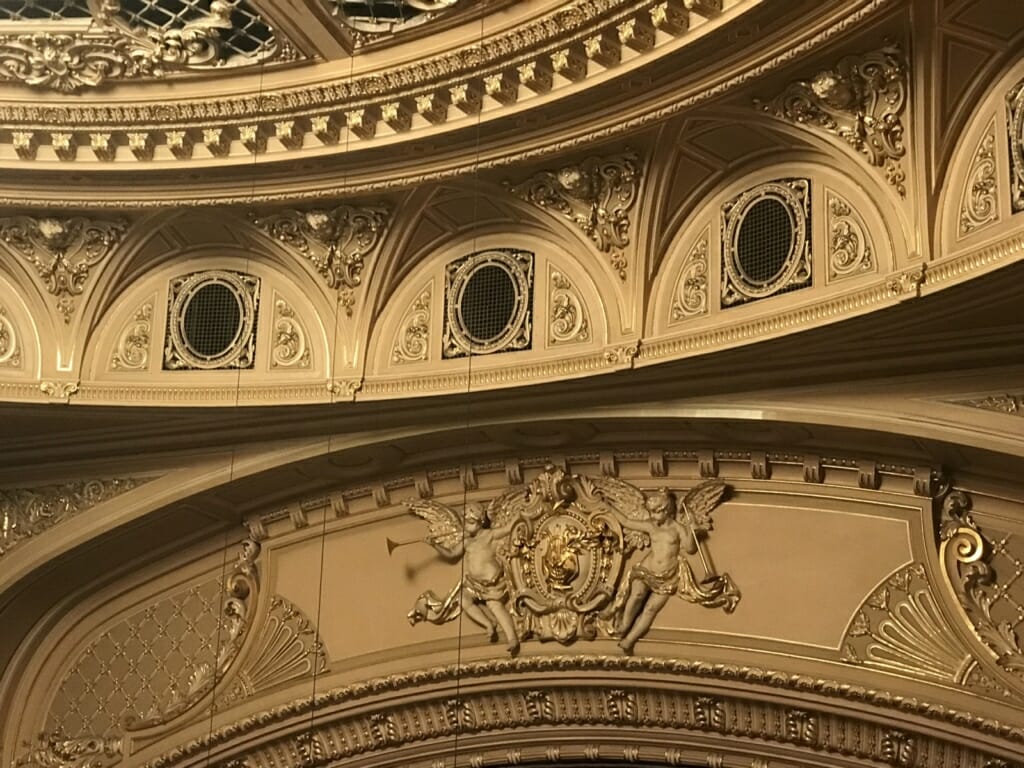 The theatre endured throughout Stalinist purges and Nazi Occupation, simultaneously achieving higher eminence when the capital transitioned to Kyiv in 1934. In the second half of the 20th century to present day, the theatre has enjoyed a new renaissance, enjoying the talents of internationally respected artists, the conductor – Stephen Turchak and dancer Victor Yaremenko.
The Theatre enjoys a large and diverse repertoire of opera and ballet performances. Performances alternate every night except Monday with matinees on Saturday and Sunday.