It was a remarkable display from a newly minted Ukrainian president. Clearly exhausted, Volodymyr Zelenskyy was on hand on Saturday 7 September to welcome back 70 prisoners in total in an exchange with Russia. The former showman was a lesson in dignity, who didn’t make himself the centre of attention.

After five years of conflict stoked by Russia in eastern Ukraine, the two estranged neighbours swapped dozens of prisoners in a long-anticipated exchange that Zelenskyy hailed (maybe optimistically) as “the first step to end the war”.

Welcoming 35 freed Ukrainians in Kyiv, Zelenskyy said he had spoken by phone with Russia’s president and reached an agreement “on the first stage to unblock our dialogue and on the first step to stop the war”. Untested and inexperienced politically, it remains to be seen if he can actually face off with Putin.

However so far so good. Angela Merkel of Germany welcomed the exchange as “hopeful”.

President Donald Trump, who would probably struggle to find Ukraine on a map, said via his favourite medium, Twitter, the exchange was “very good news, perhaps a first giant step to peace”.

However, the problem of Putin and his autocratic grip on Russia remains.

Regardless, those exchanged on Saturday had little to do with the fighting and were more hostages than criminal. They included the Ukrainian filmmaker Oleg Sentsov and the 24 sailors detained late last year from the Azov Sea near Crimea.

The prisoners released by Ukraine, however, include Volodymyr Tsemakh, a Russian soldier suspected of taking part in the shooting down of flight MH17 in July 2014, killing all 298 passengers and crew.

If Zelenskyy can keep displaying this kind of mettle, maybe there is a way out of this for Ukraine. We can only watch, wait, and hope. 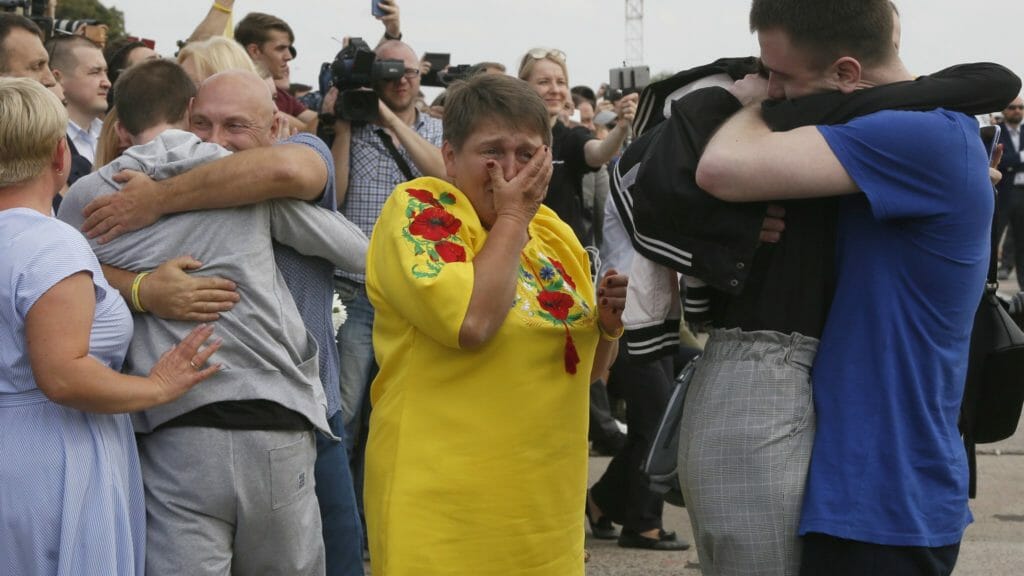 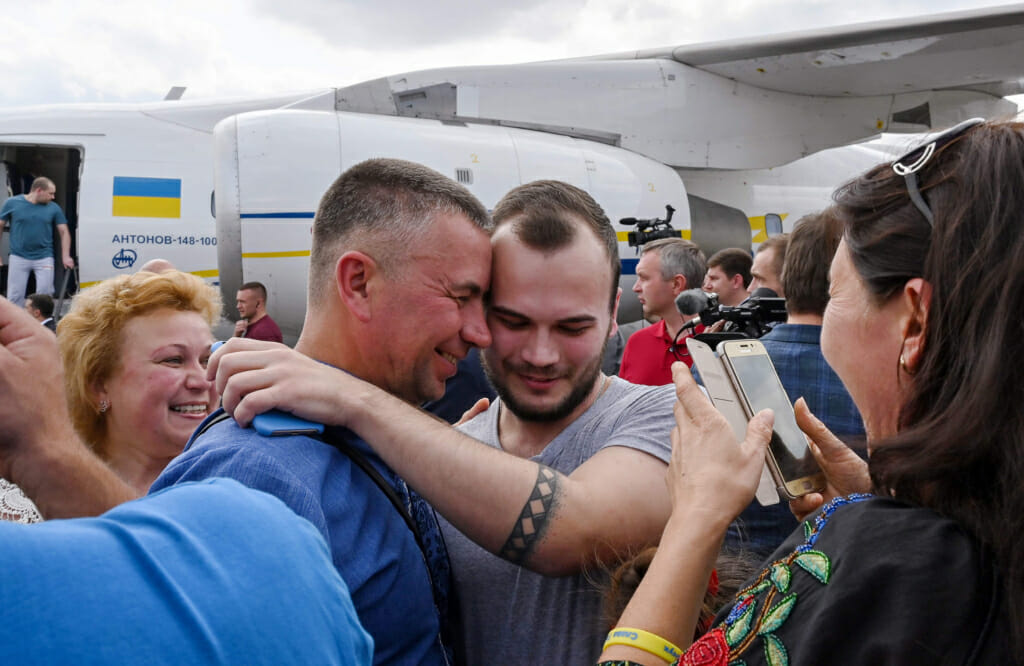