Cinema, News, Recommended, Things to Do

Ever feel wistful for the days when your server would stroll up to your car window, platter in hand, for your dining pleasure? When you would snuggle up to your date while watching the big screen from the comfort of your car before finishing the night up on Lovers’ Lane?

Well, ‘wist’ no more. The drive-in is back, and we’ve got you covered.

“Everything old is new again”

While carhops and drive-in cinemas are surely more likely to conjure up feelings of vintage Hollywood, the Soviet Union was no slouch when it came to cinema. And America wasn’t the only place you could find a decent drive-in. While the film choices were sanitised, to say the least, generations of young Soviet couples enjoyed canoodling in their cars as much as their American cousins. That is, for those who could find wheels. Like many Soviet-era cultural buildings, most cinemas and their drive-in counterparts were left to rot after the fall of the USSR. When investments started to roll back in, American-style multiplexes in malls were the go-to form of cinematic entertainment. Until now. 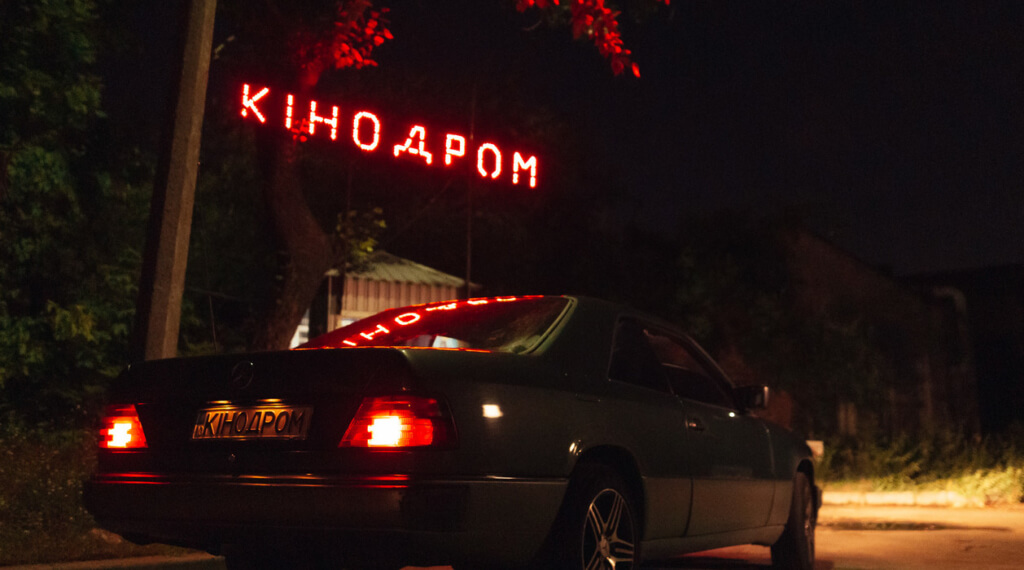 Of the many new concepts that the post-COVID-19 world has ushered in, social distancing seems to be one of the better understood. The message is simple: just stay away from others. Industries have also been moving to adjust: restaurants have adapted to takeout and delivery; schools and businesses have moved their dealings online; cinema lovers, meanwhile, have traded the plush chairs of the cinema for the cosy couches of their homes. But now you have another option. One of the industries making a post-COVID-19 comeback in a big way is the drive-in movie theatre. Viewers can take in a film from the comfort and safety of their own vehicles, without ever having to come into contact with another human soul. Once written off with the advent of the multiplex, drive-in theatres aren’t just for nostalgia any longer – they’re a social distancing godsend. 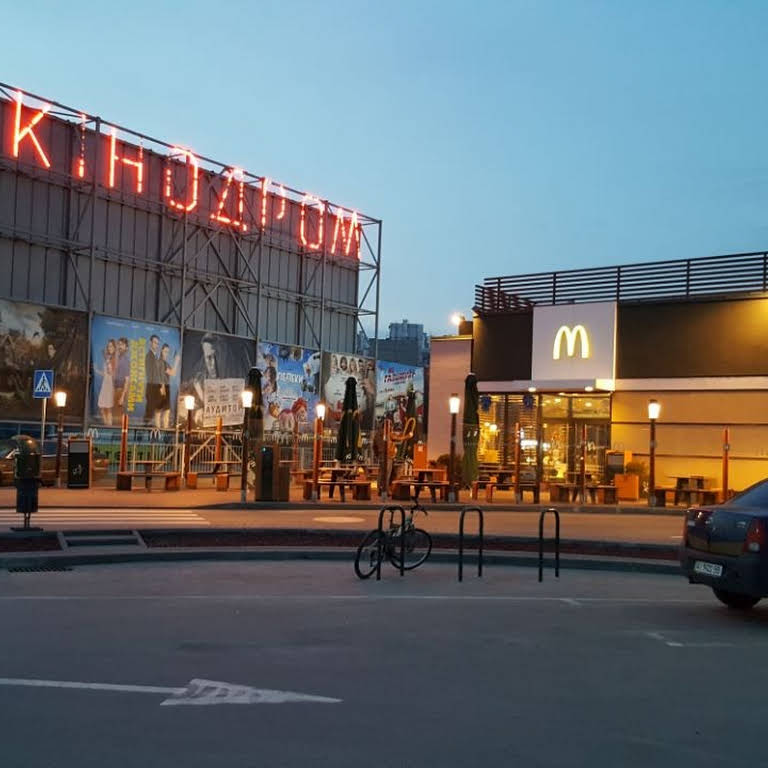 Kyiv movie lovers looking for a little bit of nostalgia – or to get in on the latest filmgoing trend – should head out to the hallowed grounds of the Dovzhenko Film Studios (Dovzhenka 4) near Shuliavska metro station. The drive-in theatre hosts nightly double features starting at around 21.30, including notable films like Parasite (winner of Best Picture at the 2020 Academy Awards) and Guy Ritchie’s newest offering, The Gentlemen. Patrons are prohibited from leaving their vehicles, but you can order popcorn, drinks, and snacks online, which will be delivered straight to your car. Heck, you can even order a hookah – one thing you’d never find in an American drive-in (or Soviet, for that matter). Just purchase your tickets and goodies online at kinodrom.kiev.ua, drive in a few minutes before the feature begins, tune into 93.3 FM, and sit back and relax at Kyiv’s trendiest new post-quarantine entertainment option. Can you dig it, Daddy-O?