Torque Is Not Cheap

It’s been a mere two weeks since Kardashian clan member Kylie Jenner was named the world’s youngest billionaire, something she credits social media for, mostly Instagram. Social media is changing our lives, and our attention spans, and not just in Hollywood

Facebook and Twitter are overloaded and verbose. Instagram and the adage “a picture says a thousand words” is proving to be powerful. All you have to do is go on this social networking service, type in any word, and thousands of images are at your disposal. 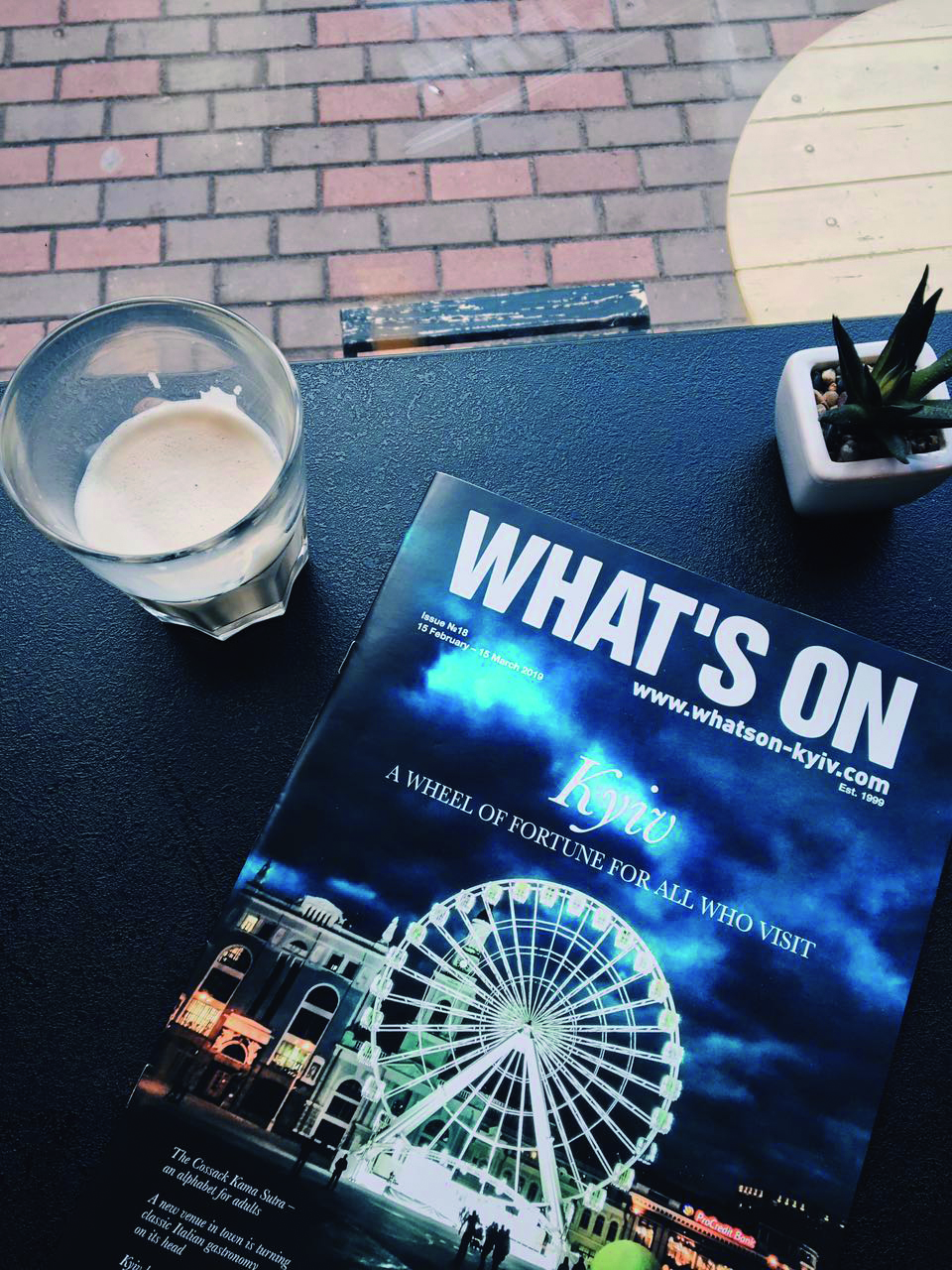 Social media has taken over our lives and in Ukraine it is no different. However, there are a few twists to the tale. Here is one. School, university, work, work, work, pension – is that all life is for? Sitting on a bench and worrying about your pension? The answer is a resounding no. Actually, What’s On unearthed a few fascinating Ukrainians beyond “their youth” who are enjoying life far removed from the old Soviet existence.
Meet Stepanida Tsvit (@hipsta_granny), a 60-year-old woman who will blast your stereotypes away. Her Instagram account was created by her daughter as a kind of social experiment and it has totally changed her life. Heard the term “influencer”? Well she’s one of them.
Tsvit says her Instagram account opened up “a whole new world” – and not only for her. With almost 10 000 followers, the majority are youth who have discovered their grandparents’ generation from a whole new perspective. In addition, it has encouraged other seniors to expand their online lifestyle, a shift both mother and daughter are enjoying, as this social media presence, especially here in Ukraine, allows people to be more open-minded, or so they say.Since opening the account, Tsvit herself has become more daring: playing with makeup, throwing on a pair of skinny jeans, and showing off her purple hairstyle with pride.
Happily married for over 30 years, Tsvit says she gets a lot of attention from foreign men who appreciate her spirit. 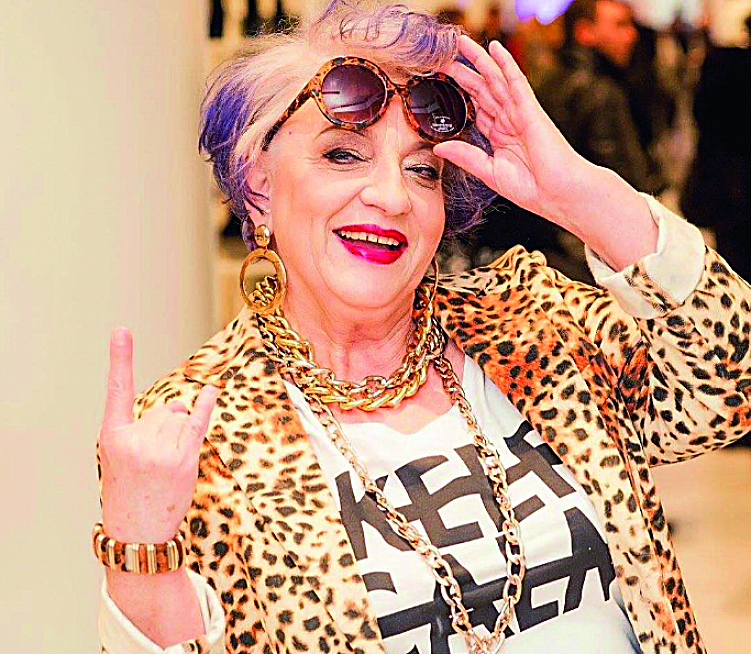 International clothing labels are also very interested in her and she gets constant offers.
In some of her posts, Tsvit covers themes about the attitude of society to retirees who don’t conform. “I was approached in the subway by an older woman,” she says, “who was very complimentary. Of course, there is the other side too, and sometimes I am criticised.”
As she tells it, she’s always been pretty extravagant and stylish. Being 25 in your soul, when you’ve lived 60 years isn’t the only secret. She believes each and every person deserves to be appreciated as they are and she relays it in a way that is completely convincing.
Despite this, some friends have distanced themselves because of her lifestyle. But Tsvit believes that “if someone really loves you, this person will love
you anyway”. 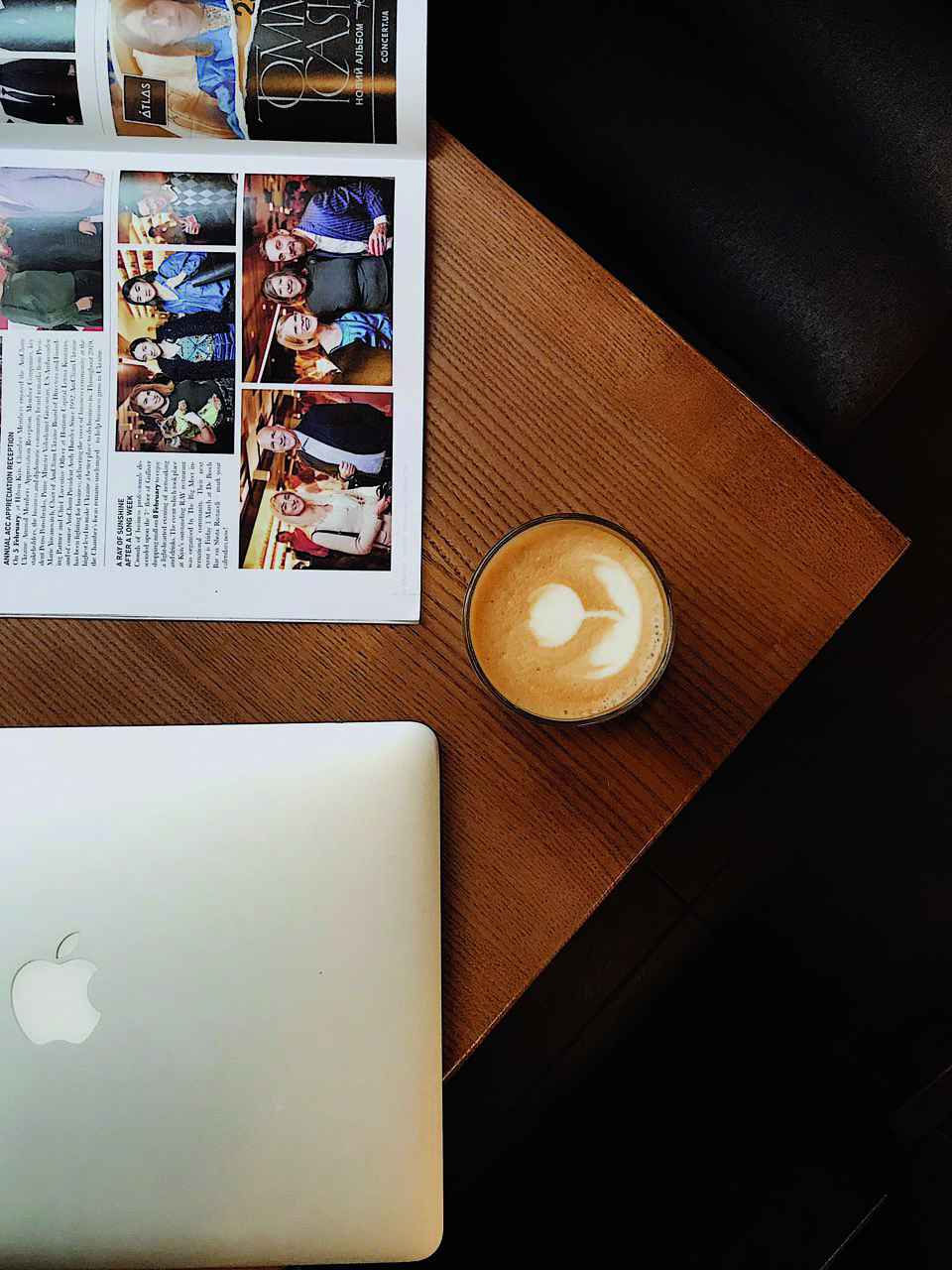 In today’s day and age, Instagram has evolved into something much bigger than just a social network. Selfies and landscapes feature of course, but it’s not just about the content anymore; it’s how it’s featured. The aesthetic value is essential, and as it has become a much sought-after asset, photographers specifically for this medium have made themselves quite the niche. 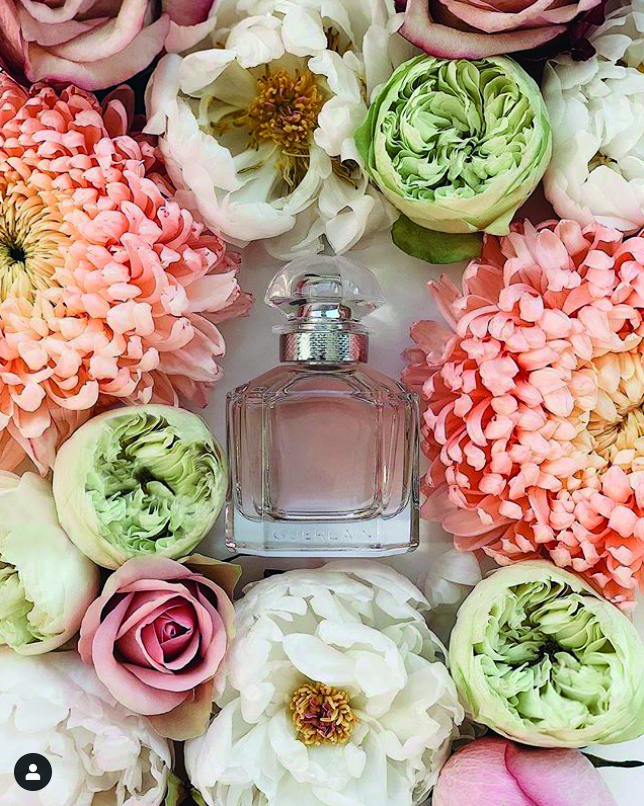 Take Vlad Blackman (@velwe), for example, a street and urban photographer, whose images are nothing short of art. Ann Lobanova (@annymoresea), responsible for the Blur Coffee Shop (@blurcoffeeshop) page, has talent of equal proportion. And then of course there’s Anna Remarchuk (@annaremarchuk), whose floral pics astound people daily. 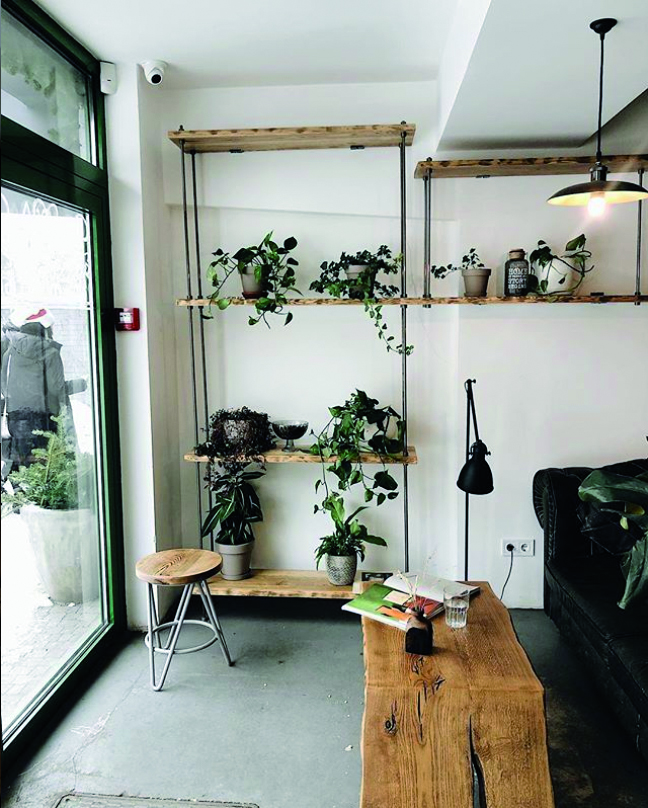 While we still have a few things to learn in this arena, make sure you check out the What’s On Insta page (@whatson_kyiv) to stay in tune with what’s going on in our fair city. We too are looking to inspire and impress.

Just coming off International Women’s Day, Instagram has proven it’s a tool of empowerment women, and here in Kyiv it is no different. One such group is Bodypositive Ukraine, (@body_positive_ukraine) founded by Daryna Hordienko, an ex-participant of the Model XL show on 1+1 and a proud plus-size model. Her biggest achievement thus far is? Connecting women of all shapes, sizes and walks of life with each other through images!

Your activism is connected with your modelling career. Was it your plan to become a model?

I never thought I could be a model. From hundreds of beautiful women, it was a surprise to be chosen in the top 30 of the show Model XL. After I was voted off the show, I continued my life. A few months later, I attended the opening of a new shop by Ukrainian designer Andre Tan where I ran into girls from the show. Tan said he remembered me, which got me thinking: “why would he remember me?” Possible opportunities started reeling in my head.

So you decided to create a group?

Yes, it was now or never. We all come in such different shapes and sizes and it was such a shame to see so many women feeling bad about themselves. The biggest hurdle was getting girls to trust me. Three weeks after the brainstorm I called the first meeting.

How many members did you have in the beginning? 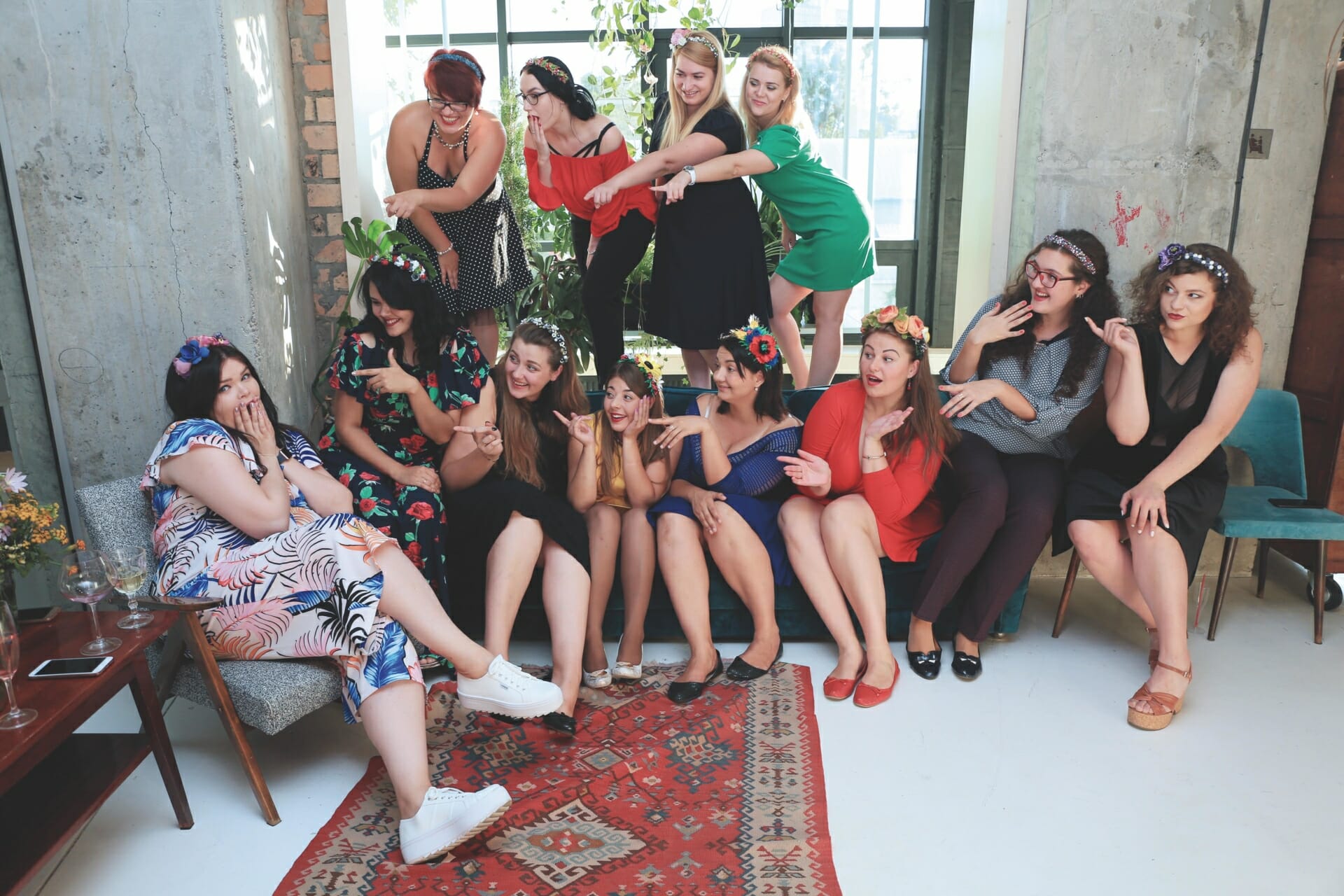 About 200. The girls didn’t know each other, but I decided that no matter how many girls we managed to gather, it would be worth it. And it was, is!

What do you believe to be the most important part of this work?

Lots of girls are scared of having their photos taken. After our meetings they feel more comfortable. I want to show Ukrainians no matter how tall or thin you are – you are worthy of love and support.

Top Instagram Accounts to Check Out for Life in Kyiv

@shityuki (Documentary photographer based in Berlin and Kyiv)

@sokmonumentalart (platform intends to collect information on location, current condition, the authors and the works of art history(33-91)

@welove_kyiv (The best corners of Kyiv)