Kyiv, with its hills, provides some pretty unique terrain for the sport: skaters in the capital had found their favourite natural skate spots even before any of the purpose-built parks appeared. With summer already here, let what’s on be your guide to the best places to get your skate on in Kyiv.

Nobody really knows who invented the skateboard. However, skateboarding as we know it was probably born sometime in the late 1940s or early 1950s, when surfers in California were looking for something to do when the waves were calm. This is probably why the sport was then dubbed ‘sidewalk surfing’. Skateboarding arrived in Ukraine in the early 1990s with the development of street culture, with Kharkiv and Yalta becoming particular skate hubs. Nowadays, the skater community is gaining momentum all over the country, with its own organisation – the Skateboarding Association of Ukraine – and new parks and skate zones springing up all the time.

GAVANЬ Skate Park is the most popular park among the capital’s skaters. It’s also the largest in Ukraine, with an area of 3 000 square metres. The park is divided into three sections: one for cycling/rollerblading, one with mini ramps, and another dedicated to skateboarding. If you want to practice your tricks, you’ll find features like pyramids and railings. GAVANЬ also run urban culture events and festivals in various locations around Kyiv.

Where: under Harbour Bridge (Havanskyi Mist) on the side of the Rybalskyi Peninsula
Opening hours: 24 hours a day

The Most Skate Park has a lot in common with GAVANЬ: it’s also located under a bridge (north bridge) and is almost as spacious, with an area of about 2 500 square metres. This park has features to meet all your basic skating needs: ramps, pyramids, railings, and other elements to get your speed up. Nearby you can also find a bar, a cafe, and a climbing wall. 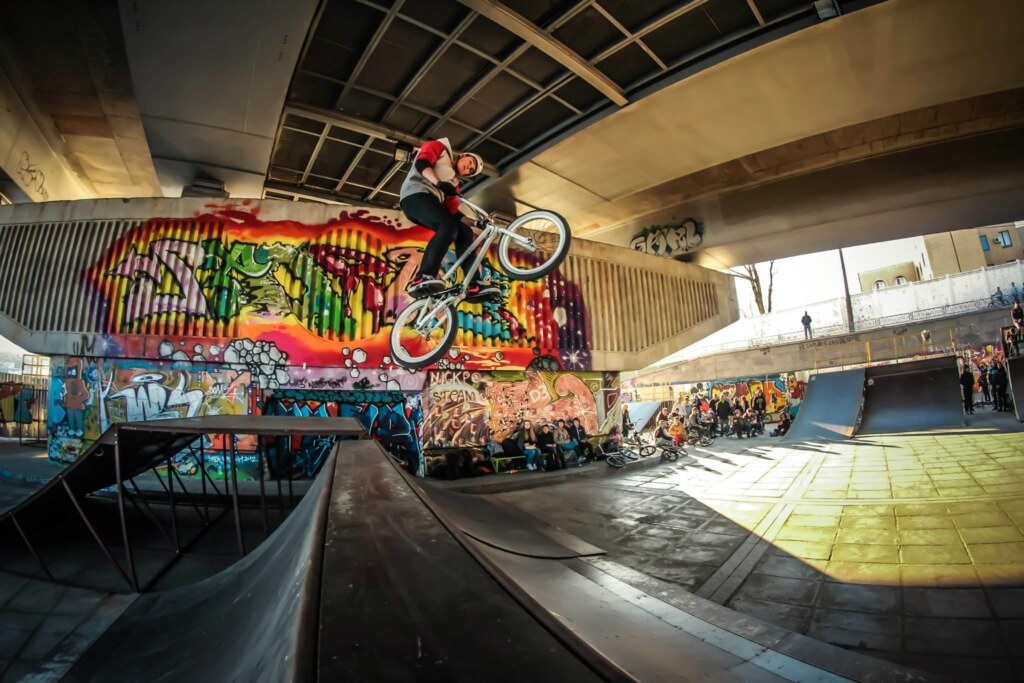 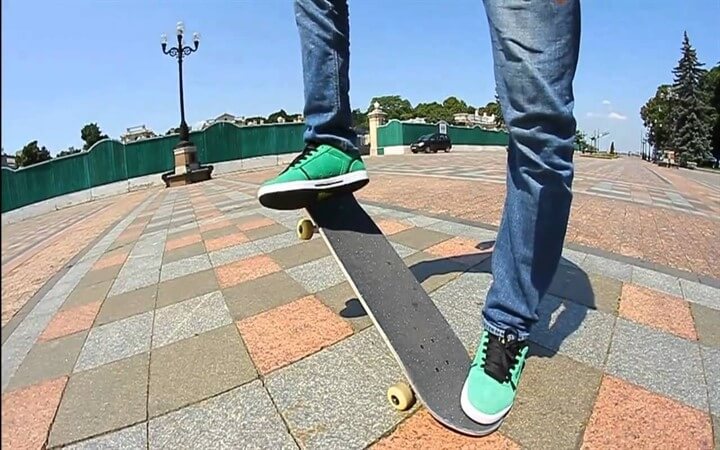 Berloga is an indoor park divided into two zones: one for skating, the other for MTB/BMX. Skaters have a kerbstone, round railings, acceleration features, and an inclination at their disposition. If you prefer to get your kicks on a bike, there are two quarter pipes, a foam pit, a funbox, and a spine ramp.

Born is an indoor skate park (around 50 square metres) with wooden ramps and handrails, which opened in 2014. It also has its own onsite skate shop, and a skate school where you can take individual or group classes.