Cuisine in the Clouds

As long as taxi drivers complain because they don’t understand where to drop you off – is it Pivnichnyi Bridge or Moskovskyi? Velyka Vasylkivska or Chervonoarmiiska? – local initiatives continue to do away with a destructive Soviet heritage that serves no one, which is only a good thing!

Another campaign to this effect, more international in scope, was launched on 2 October 2018. The Ministry of Foreign Affairs of Ukraine together with strategic communications centre StratCom Ukraine joined forces on operation #CorrectUA. Its purpose was to reach out to foreign media in the hopes they would correct the Russian transliterated go-to of Kiev to the Ukrainian variant – Kyiv.

The domino effect was helped along by The Washington Post recently, which officially stated that they would make the switch, triggering many airports and foreign publications to do likewise. The  International Air Transport Association, The Guardian, the ВВС, Associated Press, Bloomberg, eand many other pages are among those who support the change. Throughout the campaign, the Ministry of Foreign Affairs has posted updates on Facebook and Twitter covering those cases where leading foreign media continue to use the incorrect spelling.

While some may bock at the importance of this issue, by law, the outdated Kiev is prohibited. If we look to history only and the legends of the founders of the city – sister Lybid and brothers Horyv, Shchek, and Kyi, the logic is simple. Kyi is not spelled Kie, so Kyiv is surely not Kiev. This latter variant was derived from the Soviet era and is, unfortunately, still in circulation. How often is Ukraine confused with Russia? Constantly. Of course, historical texts are another hurdle, as is changing the spelling of Chicken Kiev, but one step at a time.

And more changes are to come. Follow along to see the latest updates 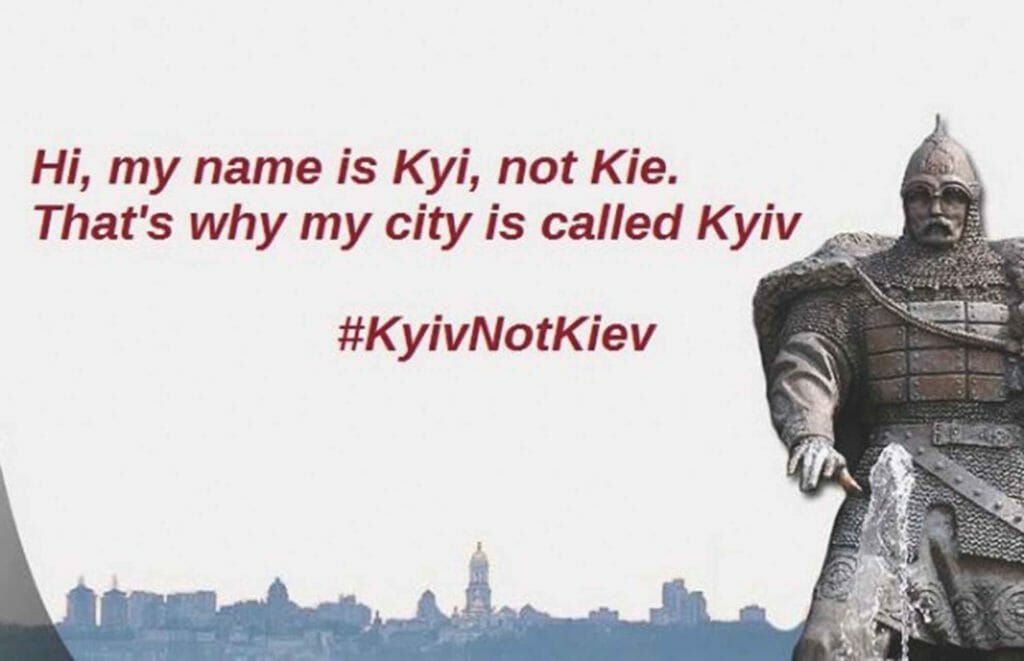