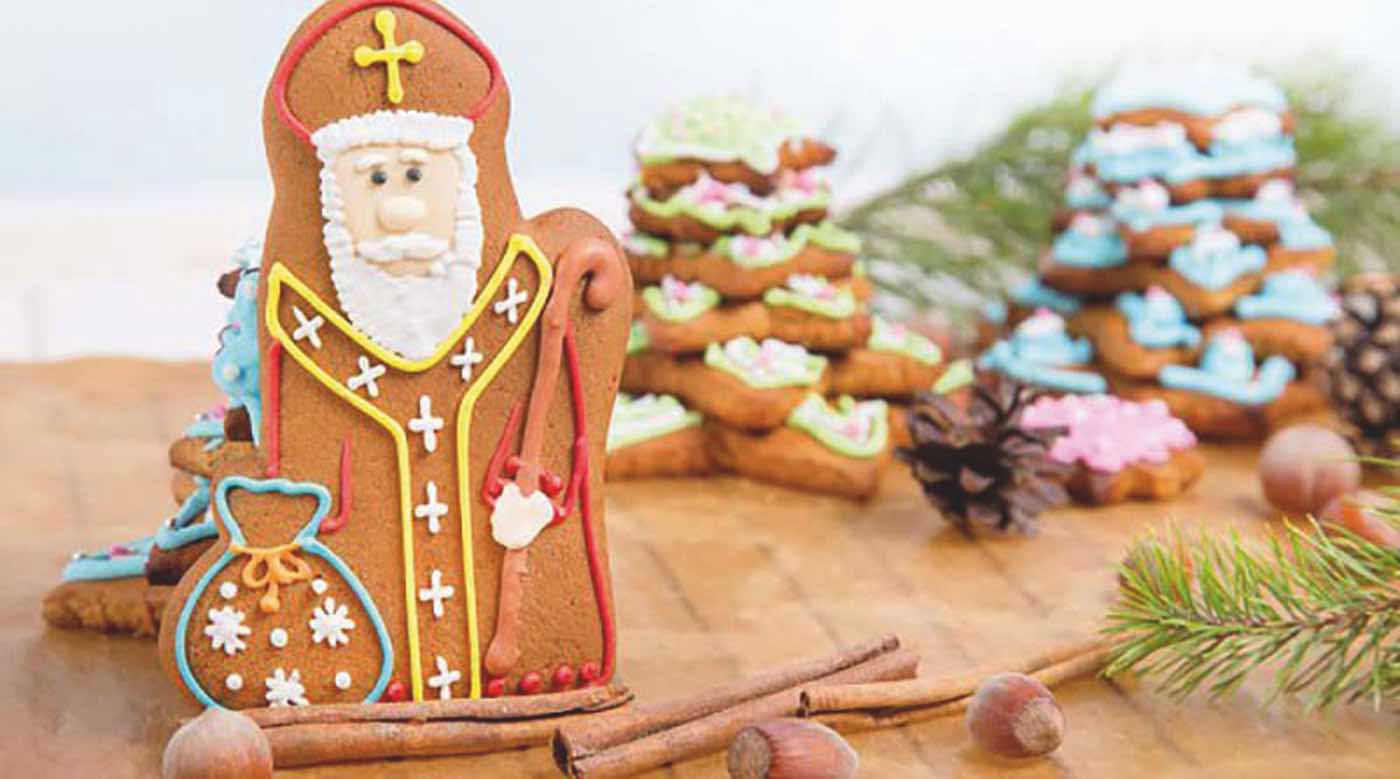 The Spirit of St. Nic

It wasn’t long ago that one father frost, or “did moroz” in ukraine, was this country’s most cherished holiday character. But as Ukraine moves to define its modern culture as separate and distinct from its soviet past, the more traditional St. Nicholas (or Svyatyi Mykolai in ukrainian) has made a comeback. But who exactly is St. Nicholas in Ukraine? And why is he making a comeback now?

WHERE’D HE COME FROM? 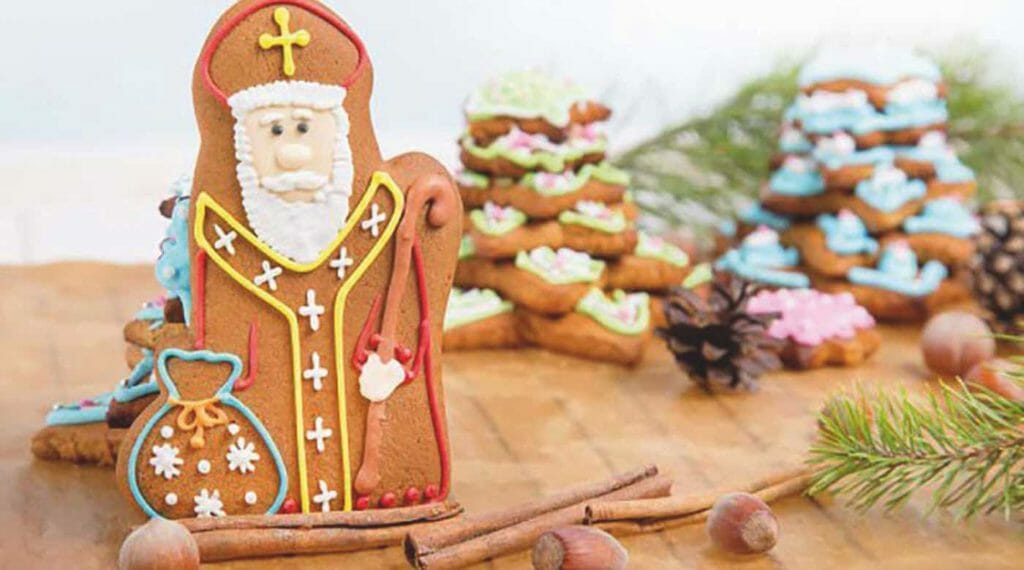 Like elsewhere, St. Nicholas is derived from a popular 3rd century bishop known for secretly giving gifts to children, the sick, and the poor. His legendary deeds included saving women from prostitu-tion, condemnend men from the tip of an executioner’s sword, as well as guiding lost sailors through inclement weather. Europeans in the Middle Ages regularly celebrated the man in December, and he developed a special following in the Neth-erlands, where he would leave children coins in their shoes on St. Nicholas Day. Dutch settlers brought their St. Nicholas (or Siinterklaas in Dutch) traditions with them when they immigrated to the US, which eventually turned into the character we now know as Santa Claus.

REPLACING DID MOROZ
As elsewhere in Europe, St. Nicholas was popular in Ukraine even before the Sovi-ets arrived. But as the communists moved to destroy religion, they actively moved to replace its traditions. This is where Did Moroz comes in. Originally the pagan Slav-ic wizard of winter, the Soviets revived the character for their New Year holiday cele-brations. Alongside his Snow Maiden (or Snihuronka in Ukrainian), the pair became immensely popular and remain that way in Ukraine, Russia, and Belarus today. In this way, Did Moroz has become not just a Russian character, but a secular, Soviet one as well. This could explain the appeal of returning to the more religious, traditional Svyatyi Mykolai traditions.

CELEBRATING SAINT NICHOLAS DAY
So, how do you celebrate? It’s all about the gift-giving! Like in the West, children write letters to St. Nicholas explaining how good they’ve been and what they want. They ei-ther leave these on their windowsills for his helpers to pick up or they mail them to his Be St. Nicholas This Year! Churches collect letters to St. Nicholas from orphanages before St. Nicholas Day. Stop in ahead of time and pick up the gift a child wants – you’ll make their St. Nicholas Day this year one to remember! Manor in Hutsulshchyna National Park. They’ll leave special ‘mykolaychky’ cook-ies under their pillows in the hopes that St. Nicholas brings what they’ve asked for. But if they’ve been bad this year – he’ll leave a stick to beat you with instead! Ukraini-ans take extra care to make sure that St. Nicholas visits every child – especially if they don’t have parents. Nowadays many churches collect gifts that are distributed on 19 December to orphanages and children of soldiers killed in ATO.

WHAT’S GOING ON IN KYIV?

There’s plenty of ways to meet St Nick yourself. You can head on over to the Pech-ersk Lavra (Lavrska 15) where you can visit his official residence in Kyiv. There’s a toy exhibition, a games room, a place to write letters and, of course, you can meet the man himself (60 UAH entrance + 20 UAH to visit St. Nicholas). On request, you can even order weaving lessons, workshops, or a theatrical performance. Sofiivska Ploshcha will have a European theme this year, with a souvenir market, children’s fair, food area, and photo zone.

On St. Nicholas Day, kids can travel with Einar the Elf to Lapland to see Santa’s modern residence in a state-of-the-art, interactive 360O show (190 UAH).

Kontraktova Ploshcha will also feature the man himself, with a traditional Oposhnia ceramics theme, skating rink, slide, and Christmas market.

VDNH (Hlushkova 1) is once again hosting its Winter Country celebrations (free entrance), with an amusement park, food fair featuring the Bavarian Courtyard, Kyiv’s largest ice rink, the ice sculpture castle, and the Christmas Dream Factory, where you can discover elves making Christmas decorations and meet Santa Claus himself! For those of you who are a bit more intrepid, why not head to the official St. Nicholas Manor in Hutsulshchyna National Park? Your kids will have a season to remember after getting gifts from ole’ St Nick himself right in his own home! There’s plenty more to see and do there, including performances, light shows, and contests. No matter what you do this season, Happy St. Nicholas Day!

MANY THEATRES HAVE SPECIAL ST. NICHOLAS DAY SHOWS ON 19 DECEMBER

St. Nicholas Goes Digital! Too busy to be bothered to send mail like it was the Middle Ages? Send St. Nicholas an email at st.nicholas.estate@gmail.com instead!