Let’s do some math. A horror novella penned by a Ukrainian-born writer. Dance drama staged by a choreographer who made Ukraine his home. Engaging music created by a present-day Ukrainian composer. Put together, these components make an authentic Ukrainian product with universal appeal both local and global audiences will be eager to gobble down.

We are talking about Viy – a new provocative experiment concocted by charismatic Radu Poklitaru, renowned Kyiv Modern Ballet’s founder and leader. He and his team never fail to impress with a modern unexpected take on iconic plots. Trendy but trite, you say. Yet, Poklitaru goes above and beyond, giving a new twist to staid traditional meaning, without twisting the narrative thread. That is what I like best about his approach. 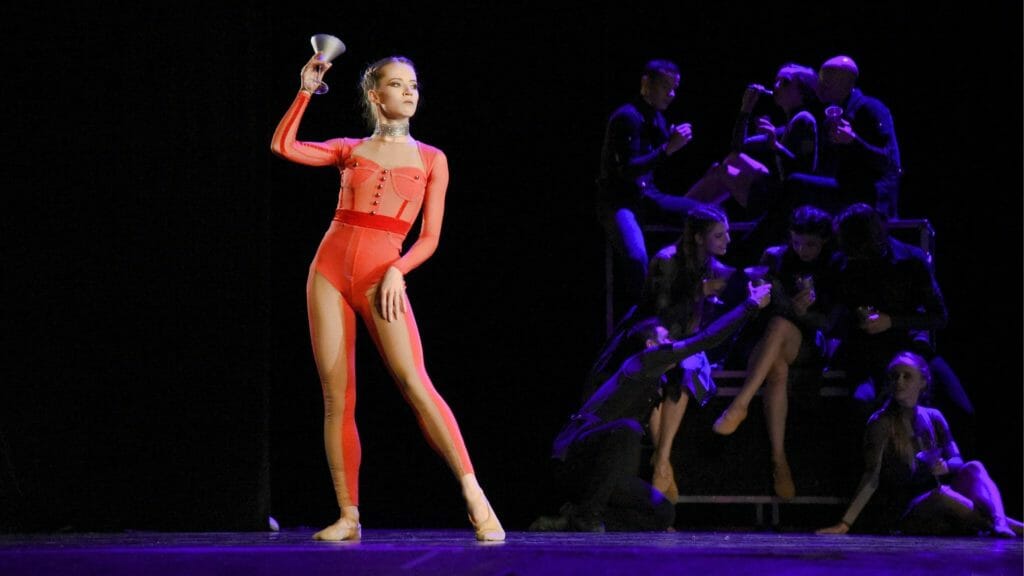 With plenty of classical-theme pieces – Giselle, The Sleeping Beauty, The Nutcracker, Carmen – under his belt, Poklitaru now switches to Mykola Hohol (Nikolai Gogol), one of the most mysterious novelists of the 19th century.  Hohol’s tales are born to be adapted for the stage. They embrace myth, legend, and folklore.

Here is a short recap of Viy: seminary student Khoma Brut has to spend three subsequent nights in an abandoned village church reading prayers over Pannochka, a Cossack’s deceased daughter suspected of witchcraft. Flying coffins, evil spirits, and monsters are the most exciting part of the fable. Poklitaru explains, “Hohol’s tales offer an ideal rich cocktail of passion, phantasies, contrasts, and texture. It is an excellent literary source for choreography.”

For Poklitaru, Hohol is a great mystifier, psychoanalyst, and philosopher, who uses dark demons and mythological archetypes to get a closer look at our inner selves. That is immediately apparent in stark, almost stoic minimalism of the setting. The black stage against the black background prepares a viewer for a deep plunge into the unknown.

The only thing that proudly adorns the stage is a big transparent cube – a full-fledged character of the play in its own right. Combined with stunning graphics and 3D mapping, it can transform into anything: a theology school, a nightclub, a bedchamber, a moonlit landscape, a church, a barn, a street, and a prison. It is the beating heart of the story. It is where everything starts and ends.

Viy’s omnipotent presence is revealed in three guises – a boring seminary teacher, the Cossack (lamenting the loss of his daughter and/or… lover?), and Viy himself. He acts as an observer who keeps aloof from the action. He doesn’t have to bother – people continue doing bad things without his command. Alexander Rodin, the composer, comments, “Viy is the dark side of our personality. This is how Hohol describes him, and this is how I regard him, too.”

Poklitaru chimes in, “Viy exemplifies the worst of the worst in people. Each of us must make our own decision whether to fight it or seek a compromise with it, whether to withstand it or accept it, whether to change ourselves or go on living just the way we are. I don’t provide answers.” 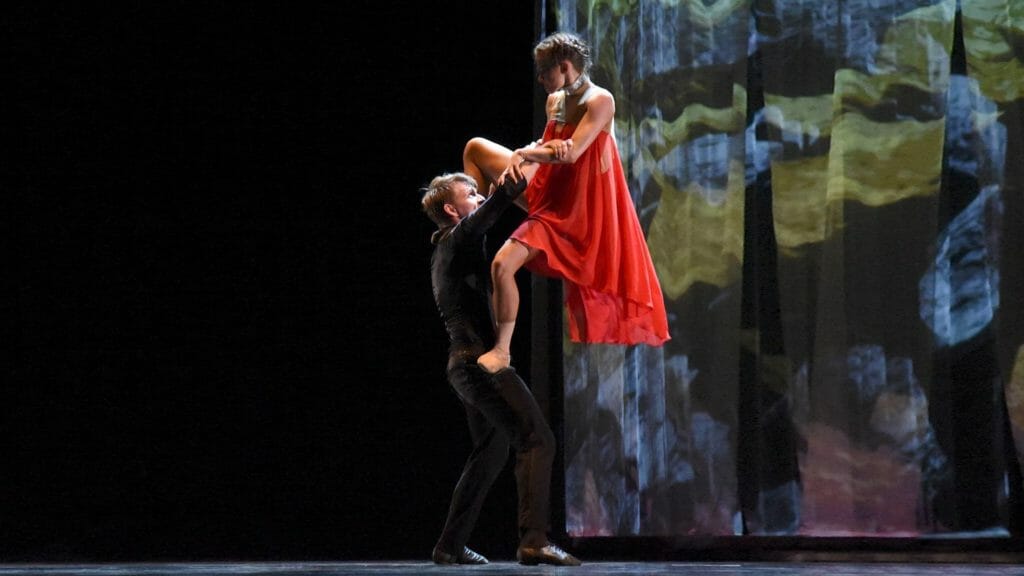 It takes two – Khoma and Pannochka – to tangle and raise more questions as they get mired in a fierce duel where there is no winner. The beautiful, insidious seductress exploits all her magic charms and powers to have a guy in her possession – body and soul. Khoma is lacerated by remorse, agony, fear, temptation, obsession and, above all, a wish to break free. Or die…

Vivid, vibrant, even pictorial music ‘has a say’ here. Rodin thought the Symphony Orchestra would not be enough to express his ideas, and added some ‘bizarre’ percussion instruments. Rodin remarks: “Traditional instruments did not work in this case. I looked for something extraordinary to accurately convey certain feelings and subtle shades of mood. I needed a device to resonate with both piano and a hall floor.”

Thus, he invented a shaman’s wand. A few more ‘gadgets’ enhance the music score – specific metal bell plates, an exotic mouth harp, and enigmatic didgeridoo. The latter is a wind instrument designed by indigenous Australians of northern Australia more than 1 000 years ago. Rodin’s music runs the gamut of human emotion – it weeps, wails, sighs, yells, shamanises, threatens, beseeches, and rattles. However, the final chord sounds somewhat heart-warming. Khoma’s body lies breathless. Yet his soul – clad in white, clean, and shining, ready for a new chapter – climbs up a ladder to give us hope.

Radu jokingly says, “A conceited and ambitious person, I would, of course, have danced the part of Viy. First, the role is not that physically demanding. Second, the play bears his name and revolves around him.”  Actually, it revolves around each one of us.

Though the novella is not widely known beyond Ukraine, the show was warmly accepted in some of the CIS countries. In the capital, Viy will again delight our eyes during the theatre season lasting from September 2020 to July 2021.  https://is.gd/kTMMDQ

In the meantime, you may indulge yourselves in other spectacular treats prepared by Kyiv Modern Ballet and stay updated on their FB page: kmbtheatre

Up The River and In Pivo Veritas