Caring about animal welfare is one thing; fighting for it is quite another

Wild animals deserve freedom and respect, not cages and maltreatment. After all, they have intelligence and innate needs, just like any human being. Let What’s On Kyiv introduce you to the South African heroes who rescue animals in Ukraine and transport them back to their natural habitats

What’s In A Name?

Our names have an indisputable influence on our personality, behaviour patterns, and life choices. What would you expect of a man called Lionel? Surely, nothing but a life associated with lions.

South African Lionel de Lange has been living in Ukraine since 2011. He met a lady from Mykolayiv many years ago and decided to move to Ukraine after just a few visits.  Prior to that, he had enjoyed an adventurous and eventful career: after finishing school, he joined the navy and served his country for nearly six years in the border war in Angola and Mozambique. With entrepreneurial blood running through his veins, he was also a restaurant and nightclub owner and a software developer for the hospitality industry.

In 2014, Ukrainian MPs voted to remove President Viktor Yanukovych from office. As a result, the country went through some turbulent times. When de Lange heard that animals in a local zoo were going hungry, he remembered the example of Lawrence Anthony – a famous environmentalist and animal conservationist who braved the US bombing to rescue starving lions from the Baghdad zoo in 2003. This was what spurred him to set up the Lawrence Anthony Earth Organisation (LAEO).

De Lange didn’t stop at providing food and medicine for the animals at the Mykolayiv zoo; he also helped feed the animals at Yanukovych’s infamous private menagerie at Mezhyhirya when the ousted president fled the country. In 2015, he also built bigger enclosures for the bears and wolves at the Kherson zoo and funded veterinary support for these animals for over two years.

In 2019, LAEO evolved into WOW – Warriors of Wildlife. De Lange’s military background manifests itself in his approach to the charity’s mission. “A warrior is a fighter and we fight to give abused animals the good life they deserve,” he explains.  That is exactly what he and his dedicated team do. 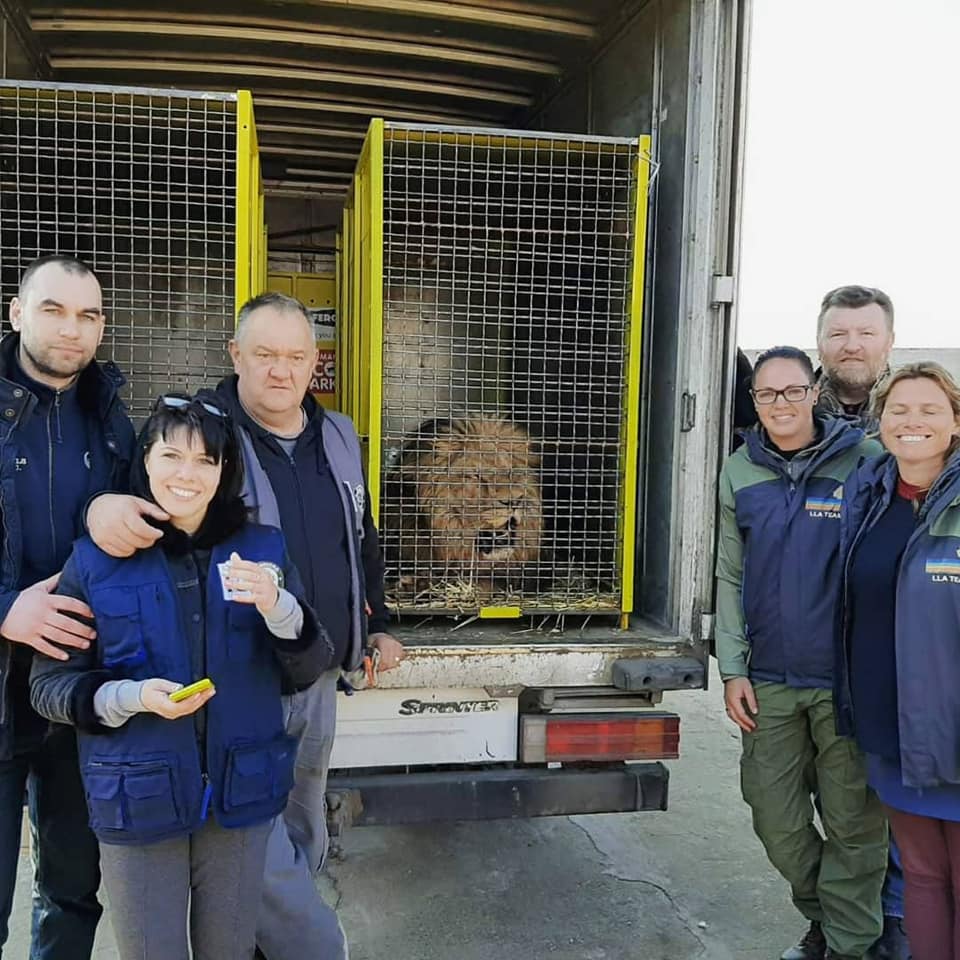 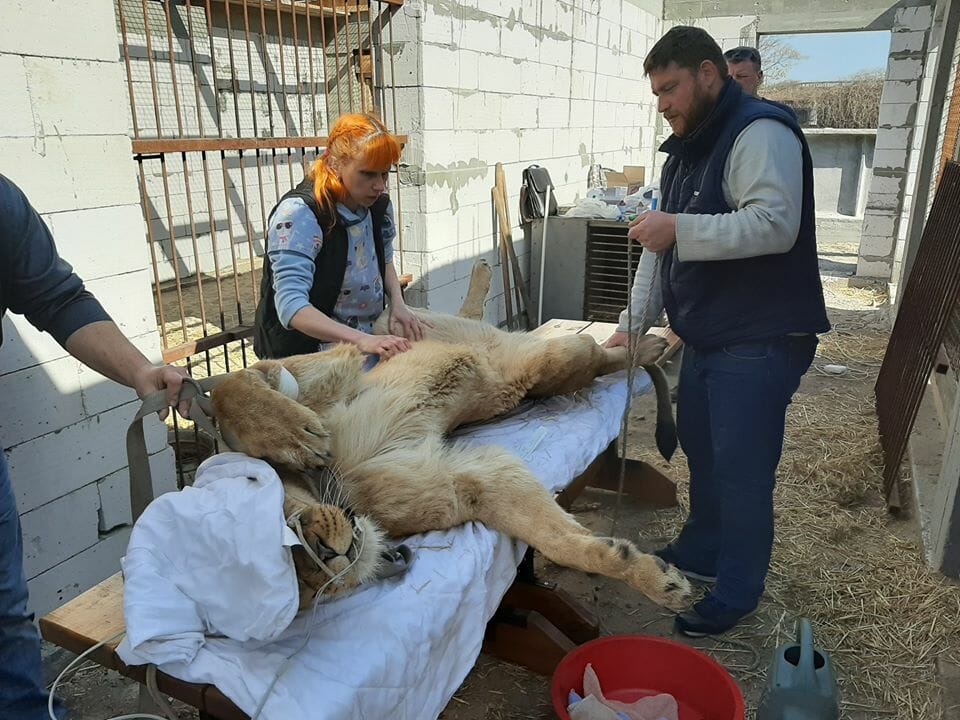 WOW rescues wild species from circuses, private zoos, and entertainment venues in Ukraine and relocates them to sanctuaries around the world. The charity’s income from donations covers all the paperwork, veterinary care, nutrition, and transportation by truck and plane.

Andre Groenewald, the South African ambassador to Ukraine, has been supporting WOW since he was posted to Kyiv in June 2019. The embassy provides the charity with valuable administrative and legal assistance, and helps to find sponsors in South Africa.

13 lions from Ukraine have already been sent to South Africa and another four will embark on their journey as soon as their permits arrive. Two brown bears from a circus were sent to Romania, and another two bears will join the pair soon.

“We have also rescued wolves, a monkey, and found a home for a circus tiger,” says de Lange. “We will help any animal if we are in a position to do so, but we need to build a centre here in Ukraine to house the animals whilst in transit. We are not asking for money but just need a bit of land near an electricity and water supply and we will do the rest.”

Above all, WOW gives a voice to the voiceless – wildlife in captivity.

The best projects are always ignited by passionate beliefs. Yet it takes love to turn them into something bigger. De Lange is very vocal about his love for animals: “My father taught me at a very young age to respect animals. He always told me that no animal, be it wild or domestic, homeless or caged, had asked to be caged or homeless. If we take them in, we should care for them to the best of our ability. I hate all forms of animal abuse, and seeing majestic big cats and bears locked in small cages for human entertainment makes me really angry.”

With no special training, de Lange has found a common language with wildlife. He always treats animals – even the tame ones – as wild spirits, remaining on friendly terms without getting too close. “They will always be unpredictable,” he explains. “We follow strict guidelines when working with them. One of our main objectives is to have little or no human interaction. We are against petting, cuddling or playing with them, unlike what you often see with so-called animal lovers and activists in Ukraine and around the world.” 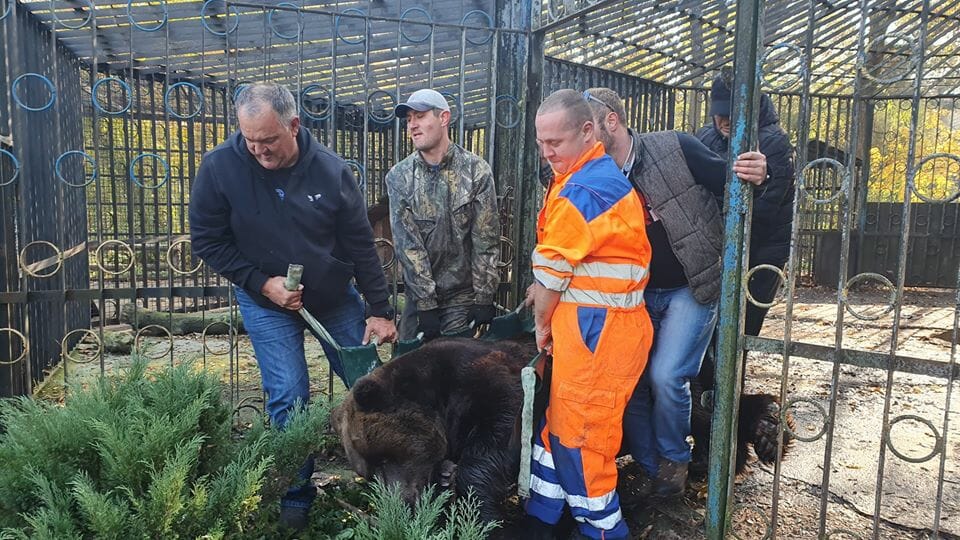 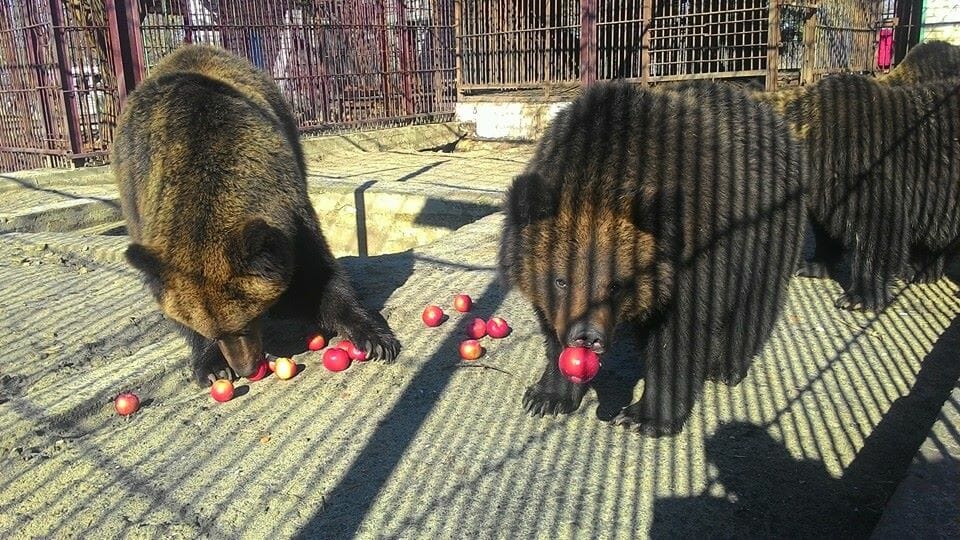 Transporting big cats and bears, besides being beset by red tape, is also a complicated, expensive, and dangerous task. That is why de Lange accompanies the animals at every step of the journey: “We travel with all the animals we relocate. We fly with the lions and we follow the bears’ lorry by car. Most of the time we have a vet travelling with us in the event of a problem.”

Good laws are a strong foundation for a noble cause. WOW’s team defends animal rights and tries to improve the laws that reinforce them. “We give our opinions, write numerous letters, and hope that we will be heard. There are a number of Ukrainians who also work very hard to get this done and they seem to be making good progress,” says de Lange. “The reason there are so many caged animals in Ukraine is because there is no law against breeding and owning wild animals.” However, Ukraine’s Ministry of Culture, Youth and Sports is preparing a draft law banning the use of animals in circuses and entertainment shows from 2021. On the one hand, this is excellent news, but on the other, it will create a completely new problem as animal owners and trainers lose their livelihoods.

“They will need to get rid of animals to get some cash,” comments de Lange. “However, Ukraine has no wild cat sanctuary and the bear sanctuaries are full. Where will all these animals go?” De Lange is not a fan of zoos either, believing that they ought to be closed down.

Groenewald adds, “We come from a country with vast numbers of lions. These animals are in our DNA. It is good to see the laws changing in Ukraine. These animals have a right to a good place to live. Lionel is continuing Lawrence Anthony’s work. We are very proud that a South African is doing such an amazing job”. 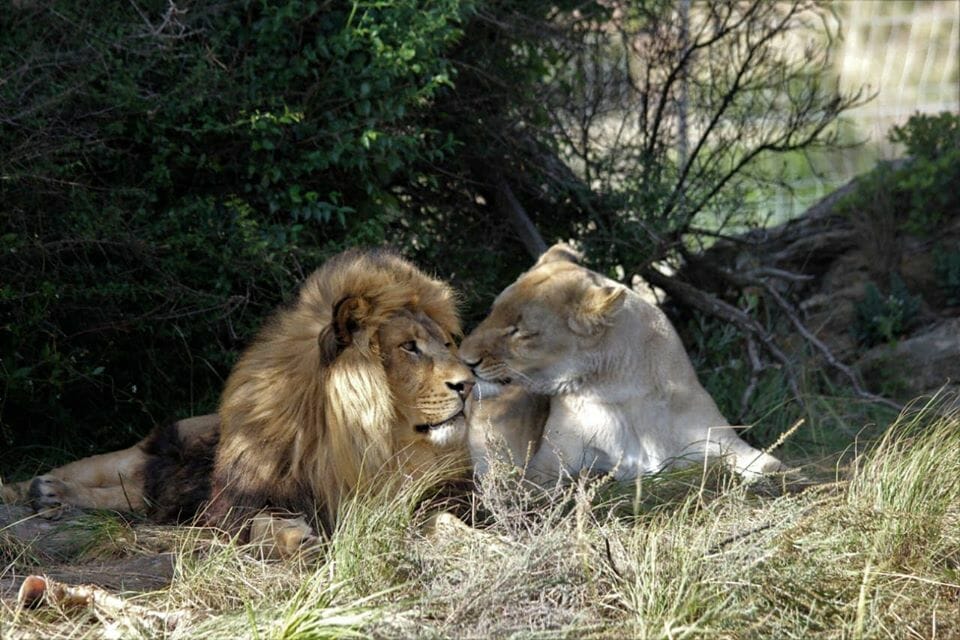 Getting animals relocated to a place of safety is highly rewarding. Each case is emotionally moving and unique, yet there is always a story that stands out. De Lange tells the story of a Buri the bear, rescued from a private zoo in 2018 and relocated to Synevyr Brown Bear Rehabilitation Centre in the Carpathian mountains. Until then, Buri had been locked in a small concrete and steel cage for all of his 14 years. When he was ready to be let out into the quarantine area at Synevyr, it was snowing. Having spent his whole life under a roof, Buri had never felt snow, rain, or even sun directly on his body. As he stepped out into the snow, he stopped, not understanding the feeling on his paws and confused by the flakes falling on him. It was a heartbreaking sight. However, it did not take long before Buri was rolling around in the snow, playing with logs, and eating apples. “It was really special,” says de Lange.

If animals eventually lose their ‘commercial value’, the world will truly change for the better. Respect and dignity are the least that we can give back to the world’s wildlife.

If your views align with those of WOW, check out these links to see how you can contribute:
wowukraine.org

Dressing Up and Doing Good