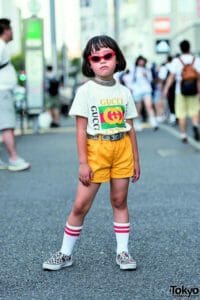 Over the past few years, the so-called ‘Generation Z’ has become an influential community, setting trends, creating various new cultures, and breaking down stereotypes. Considered only kids just yesterday, today they are the biggest consumers on the planet. But who is this Gen Z and how does one speak their language?
Among videos recently add on the Gucci Youtube channel, a story about 18-year old Elise By Olsen from Oslo is highlighted. Elise founded the culture magazine Recens Paper, back when she a just 13, becoming the world’s youngest editor-in-chief. With no higher education, she currently works as a fashion journalist and lectures around the world. What makes her story even more fascinating is that Elice quit Recens Paper when she turned 18, considering herself too old for the position, as she could no longer “feel” the audience for whom she was writing. 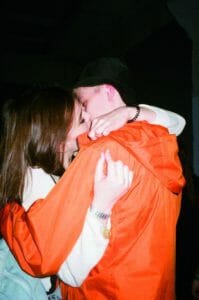 “I am happy when I get followers on Instagram,” says 7-year old Coco from Tokyo. With 525k followers on her profile and 100k likes for each new photo featuring a different outfit daily, Coco has an influence on street style fashion more than most world fashion companies, inevitably boosting sales for those brands she flaunts in her pics (check her out at: @coco_pinkprincess. She is so adorable we here at WO can’t help but troll her feed too!).
While Elise and Coco have grown up in completely different cultures, they both belong to the group of Generation Z, also known as Post-Millenials. There is no general opinion on the age ranges of this social group, but experts agree that its oldest representatives are currently around age 22.
In start contrast to Generation X and even Generation Y, who had to adapt to the new reality of social media, Gen Z also known as the iGen or digital generation have literally grown up with smartphones in their hands. Social media and Internet are an essential part of life, influencing their self-esteem, goals, habits, and certainly the way they look. What’s more, social media is a place where the youngest generation prefers to find friends and communicate. Led by the desire to stand out from the crowd, today’s youth pay much more attention to fostering their authentiсity, which is one of the reasons Gen Z put so much effort into building their own personal brand, both on the Internet and in real life. They сhoose to be individuals rather than the faceless cog of a bigger mechanism. 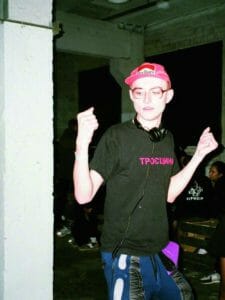 For businesses and brands whose audience include Z representatives, an active social media platform is an absolute must. According to the research, the digital generation are so intent on visual content, catchy videos and photos win their attention more than any other method of communication.
Z-ets clearly understand they have the power to change the world: the majority of those under 22 do not have the same prejudices or fears as those from earlier generations. They are courageous enough to rebel and create – which they do with ease. The Gen Z realise that being a successful and sought-after specialist doesn’t equate to spending years in an office. However, they are ready to work to the max if they are really obsessed with what they do. Eager to produce something creative and new make Gen Zers an entrancing social phenomenon: listen to them, allow them to express themselves, and don’t limit their potential. You will be surprised at how much these young bold innovators can contribute to the world we live in.

Where to hang with Gen Z in Kyiv this month