Originally from Edmonton, Chase Rylance dreamed of joining a professional Ukrainian folk dance group. Veryovka and Virsky are considered the two most prestigious ensembles in Ukraine. Complete with a full choir and orchestra, Veryovka showcases the talent of professional artists who perform Ukrainian folk dances in their most theatrical and perfect form. The group serves as an ambassador of Ukrainian culture and tours internationally. The sheer physicality of the dancers is astonishing, and the group always aims to achieve excellence; they are indeed amongst the best in the world.

Chase arrived in Ukraine on 28 August 2019. He had already visited the country twice before to see family and to tour with his group Volya. This time, Chase came as part of the Cobblestone Freeway’s Third Our Year in Ukraine Tour — a program designed to take four participants around Ukraine to study with various ensembles. The group made their first stop in Kyiv, where they trained and performed with Kalyna, Horlytsya, and Virsky Studio ensembles. Treated to some sightseeing and Ukrainian lessons, the participants enjoyed the best that Kyiv has to offer. After actively engaging with Horlytsya, Chase was approached by Ms Aleksandra Hurskaya, the ballet mistress and principal dancer of Veryovka. She had learned of Chase’s desire to audition for a professional folk dance ensemble and helped him arrange an audition for Veryovka. 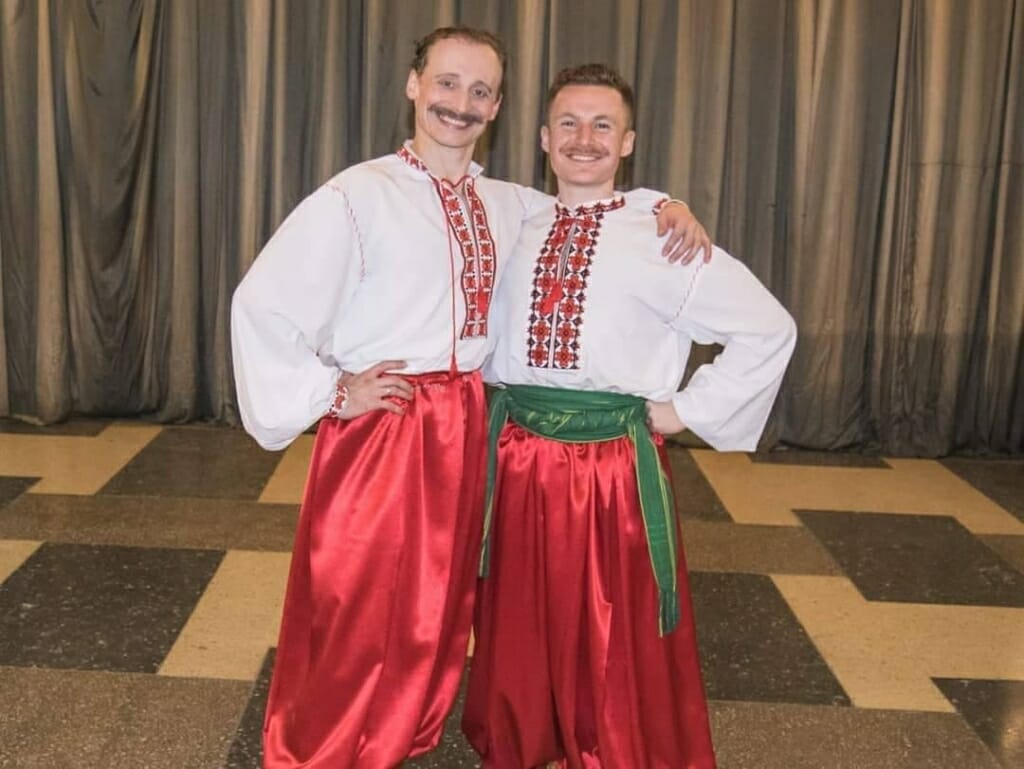 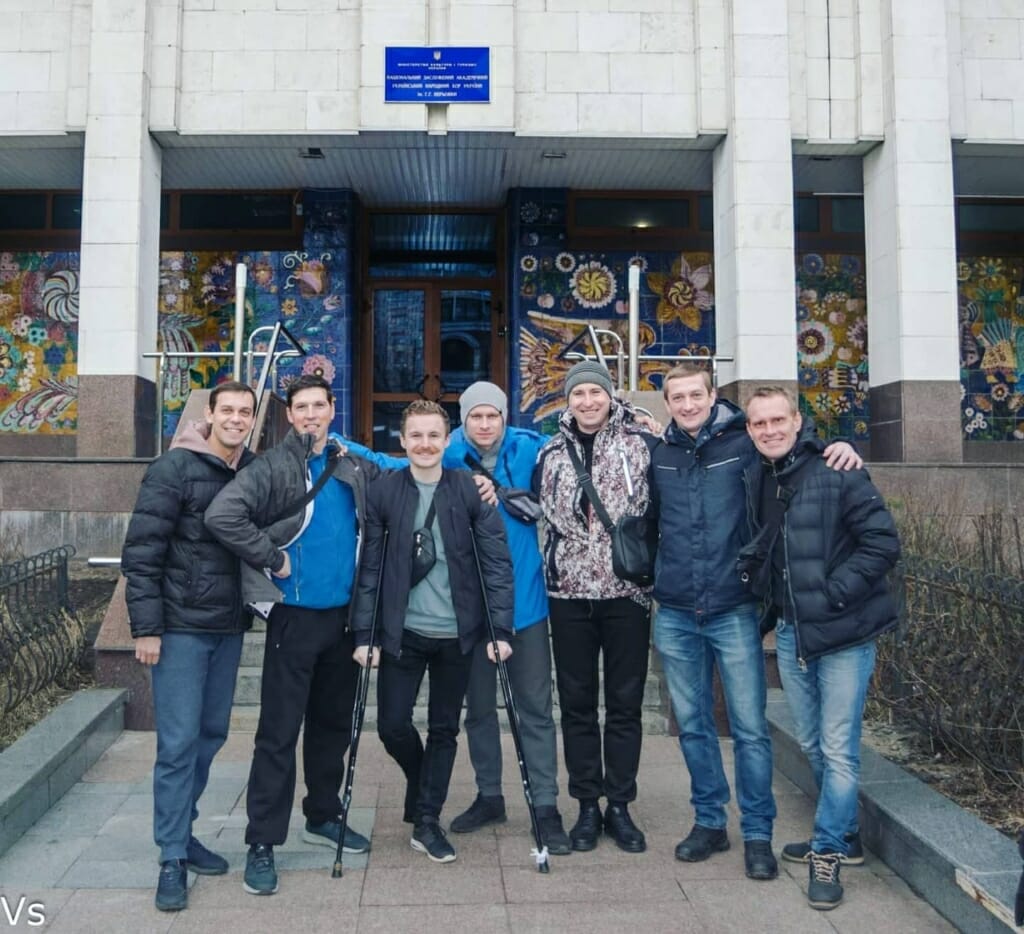 “I was invited to join Veryovka’s morning ballet class to warm up with the group and was asked to demonstrate my skills after the session was over. To my surprise, the entire ensemble and its formal members tuned in to watch my audition. My first solo surprised many of the dancers as I performed a set of 20 spinning splits. I executed six different performances after this, which all evoked very positive reactions from the dancers in the audience. After a successful audition, they offered me the job and swiftly prepared the contract.”

Chase describes, “This was a huge moment for me, as I was the first foreign dancer ever to be offered a contract with Veryovka”. Every day, Chase followed Veryovka‘s schedule, attending a ballet class at 11.00, followed by three hours of rehearsal. Chase experienced a real sense of camaraderie with the ensemble despite the language barrier. Even to this day, being back in Canada, Chase still hears from members of the group that check-in with him regularly. During his experience, Chase really admired the Dance Director’s professionalism and accessibility. His favourite dance to perform was Arkan; Chase identified with the compelling atmosphere of this piece during the numerous rehearsals and at its first performance. Unfortunately, Chase suffered an injury in February, which meant he had to move back home. But, after surgery, he is now rehabilitating. Chase expressed, “I want to thank all my friends that helped me along the way”. Dancing professionally in Ukraine is a dream many have; Chase proved that this dream could come true. 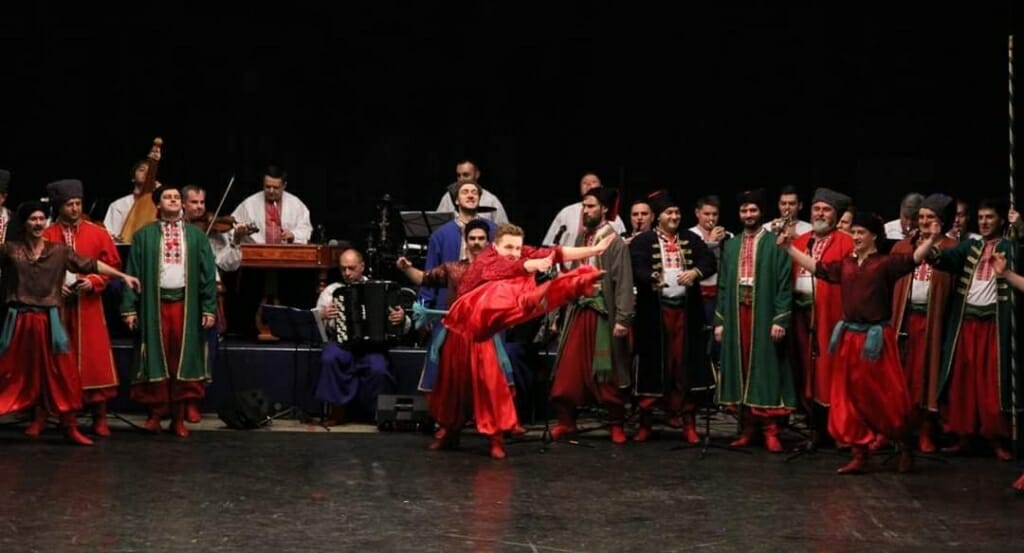 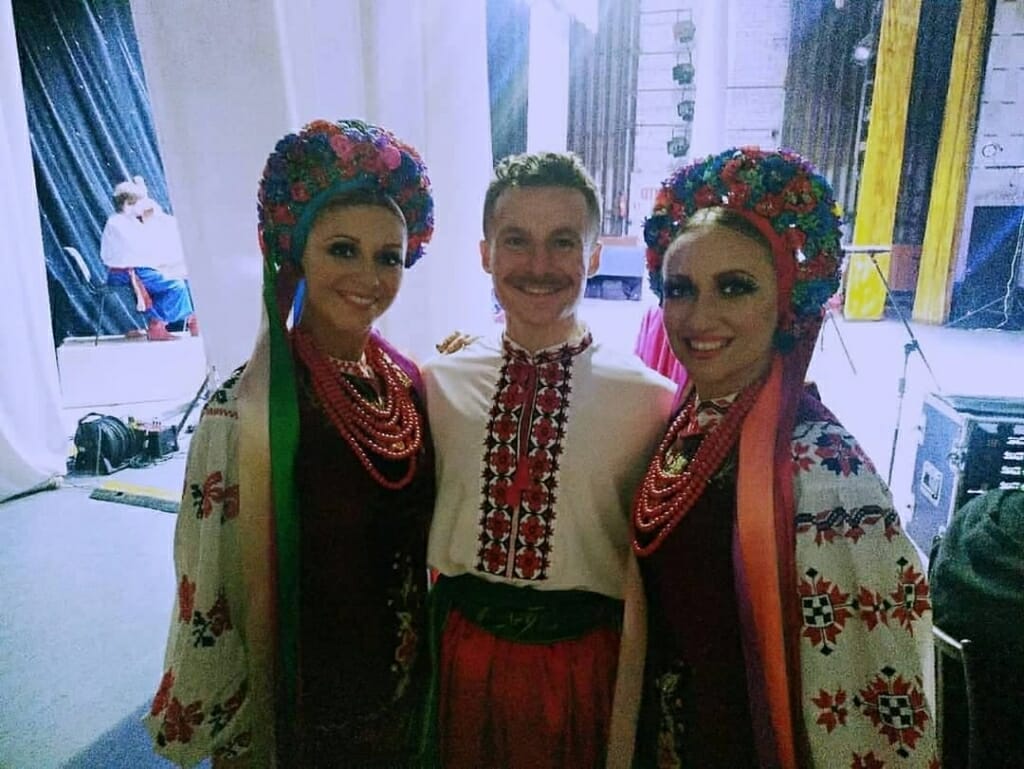