The Minotaur is on sick leave, so you won’t need to bring a ball of wool…

There is something fascinating about walking through a maze. As you take wrong turns and stumble into dead ends, you may just get to thinking about life itself. Sometimes you reach your destination by cunning and logic, sometimes by trial and error.

Though most mazes are manmade, they tend to be made of natural materials – grass, wood, earth, or vegetation. The effect can be uncanny: although the maze might blend in perfectly with the landscape, its design looks a little too alien to have been created solely by nature.

What’s On Kyiv has woven its way through Ukraine’s labyrinths to share three of the best with you. 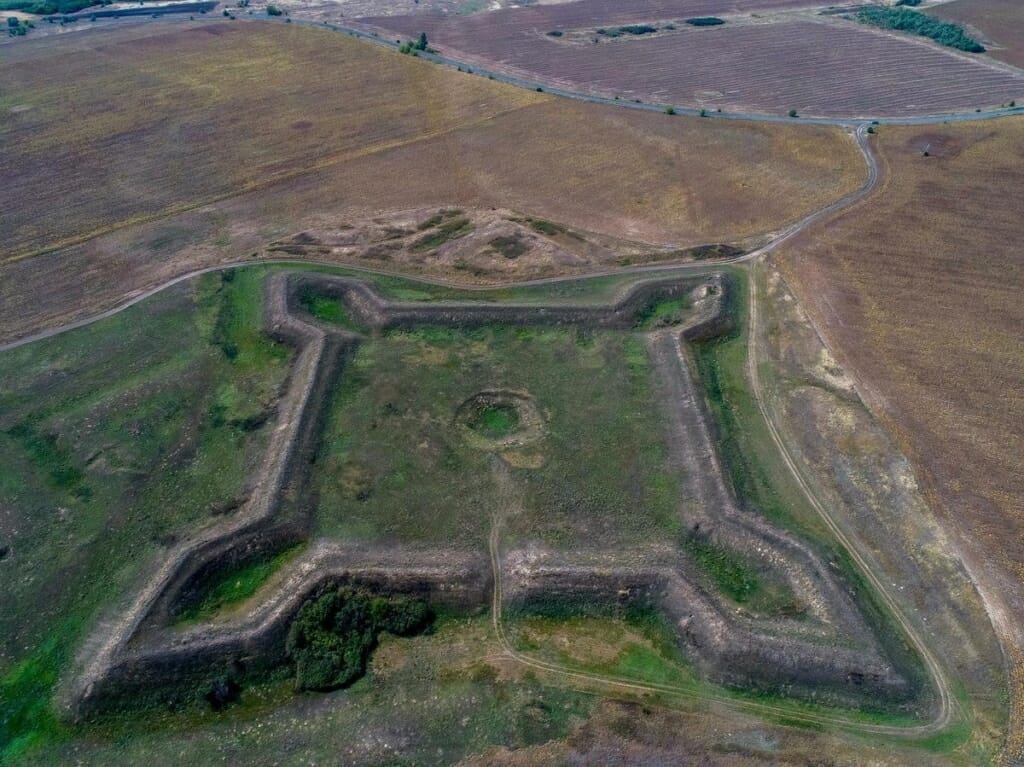 One of eight fortresses that defended Ukraine’s southern borders from Tatar incursions, Oleksiivska – located 90 km south of Kharkiv – dates back to 1731. The word ‘fortress’ conjures up images of enormous stone buildings, but in fact, the soldiers here did a fantastic job of constructing five-metre-high walls from earth. In the past, these were also surrounded by a moat and several artillery bastions. Although it isn’t exactly a labyrinth you can get lost in, Oleksiivska fortress is well worth a visit just to contemplate this impressive historic structure.

Any number of tour operators will take you out to explore. Though, should you wish to head out on your own, try this link first: www.ukrainianline.info/fortresses/alekseevskaya 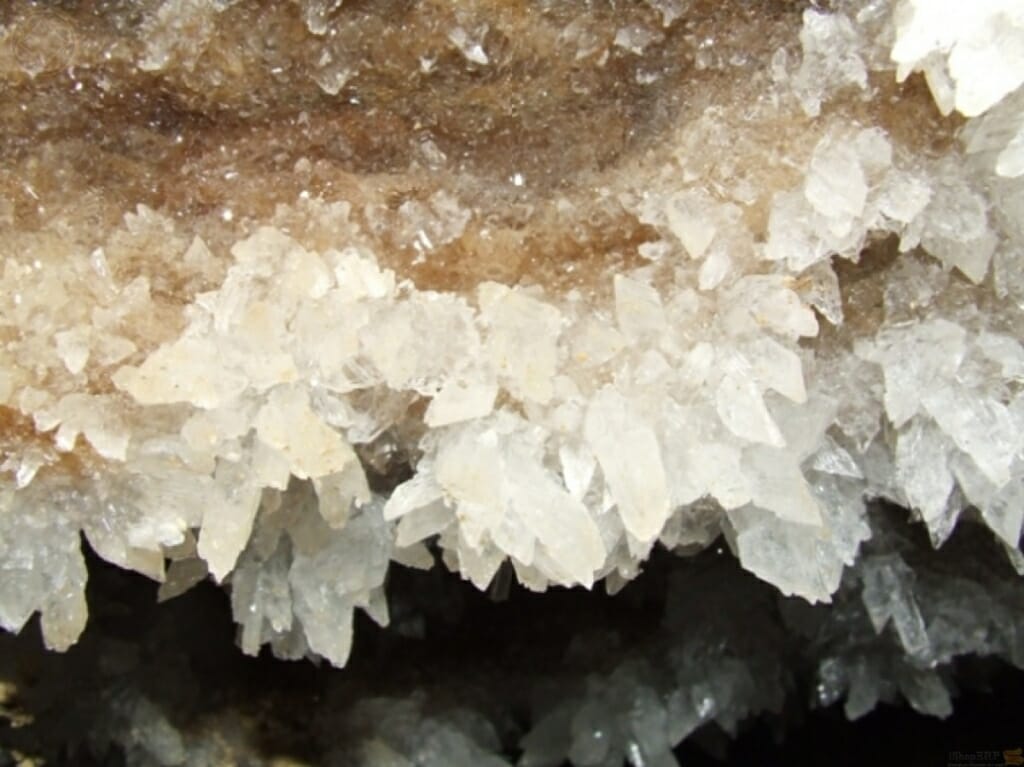 If green corridors aren’t your thing, why not try exploring a cave? When you think about it, every cave is a kind of a maze: beautiful, dangerous, and best attempted with a guide. The Crystal Cave, near the village of Kryvche (Ternopil region) is a labyrinth of corridors that lead to unique halls and chambers (the cave’s name comes from the white gypsum covering its walls). You might even spot a bull, a lizard or an elephant, as the space is filled with phantasmagorical natural rock formations. A guided tour takes up to 1½ hours. Don’t forget to wear comfortable shoes! 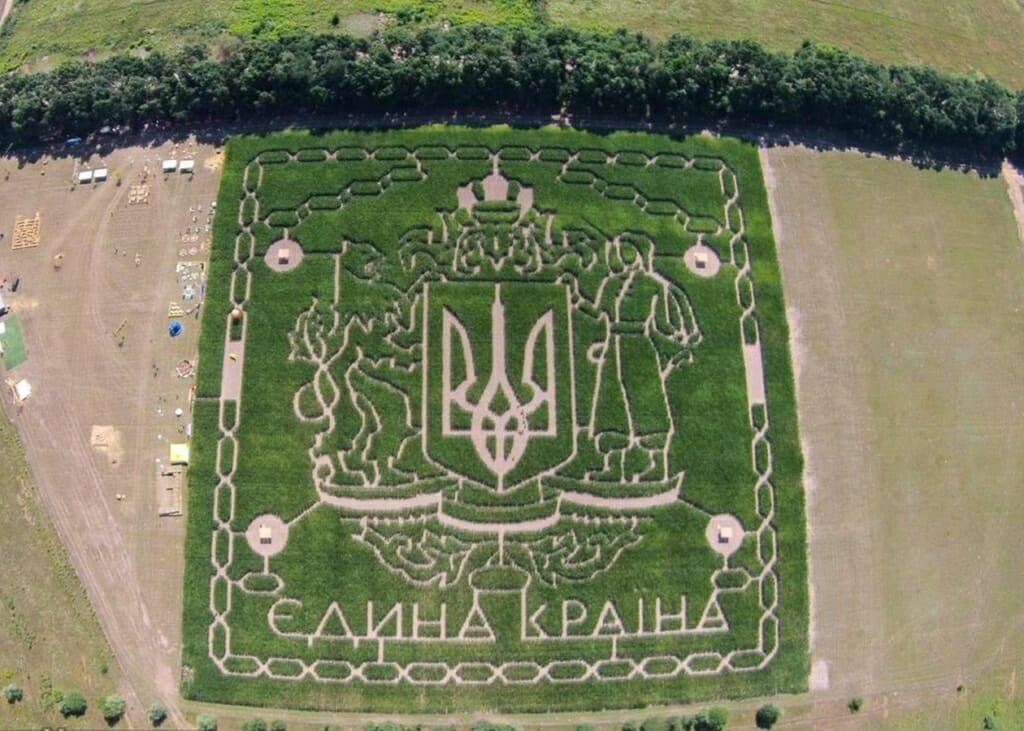 The mazes at Kukulabiya (a name combining the Ukrainian words for maize and maze, kukurudza and labirynt) are the most meticulous and impressive works of art. The area covered by the park – 45 000 m² – is so vast that you can see it from the plane as you take off or land at Zhuliany airport. Its most noteworthy attraction is a map of Ukraine, featuring all the regions, plus the slogan ‘Explore Ukraine’. Don’t plan on walking all of its passageways: their combined length is approximately 3 420 km. Alas, you will have to wait before setting foot here as Kukulabiya is temporarily closed to the public.

This small selection is just the tip of the iceberg, but it’s enough to show you that Ukraine is brimming with mazes to fuel your imagination. Who needs Greek myths when you’ve got all this?

Not nearly a-amazed enough?
* The first full-size corn maze was created in Annville, Pennsylvania in 1993. Corn mazes have become popular tourist attractions in the US, as well as a way for farms to generate extra revenue; their inventive designs range from geometric patterns to movie characters. In the UK, they are known as ‘maize mazes’.

* Legend has it that a young Ukrainian girl once found refuge in the Crystal Cave to avoid being captured by invaders and forced into slavery. Natalka was saved by the lord of the cave, who subsequently couldn’t bear the idea of her leaving. Natalka, in her despair, tried to kill him – but only managed to cut off his arm. The angry lord then ordered a sorceress to turn Natalka into a stone lizard, who can be found in the cave to this day.