Equality and non-discrimination are fundamental principles in the protection and sustenance of human rights. The provisions of which prohibit discrimination on any ground by public authorities are enshrined in the European Convention on Human Rights (Article 14) and Protocol No. 12 to the Convention.

In many Council of Europe member states, homophobia is considered a violation of the fundamental rights of lesbians, gays, bisexuals and transgender people (LGBT). In many European countries, authorities are obliged to protect citizens from all types of discrimination. Unfortunately, the situation in Ukraine isn’t quite there yet.

Ukraine has a long way to go on this issue, and sadly, there is still a strong presence of prejudice toward the LGBTQIA+ community. However, in a recent response to this, many famous Ukrainian musicians have united forces to create a project in support of LGBTQIA+ people: Rizni Rivni (translation: different levels). This is the first time that leading Ukrainian musicians have teamed up to promote tolerance and acceptance for this particular issue, with the primary goal of proving that: all are different and all are equal. This message is delivered in lyrics of the song, the centrepiece of the project: “We are used to being divided… but we are indivisible, important and intact, like waves to a surfer”.

This project encourages people to accept and respect everyone as an equal person, regardless of their sexual preference and orientation. What’s great about it is that anyone can contribute and show their support for the LGBTQIA+ community, simply by visiting the website, www.riznirivni.com.ua and clicking ‘raise your hand’. The site also allows visitors to sing along with the stars via a virtual recording studio online, during which the listener is given 10 seconds to record their words of support and acceptance. Following this, they receive a personalised version of Різні.Рівні with their voice featured at the end of the song, which they can share on social media. With a clever tactic and catchy song, the artists are striving to show that there is more support in Ukraine for LGBTQIA+ people than there might seem. 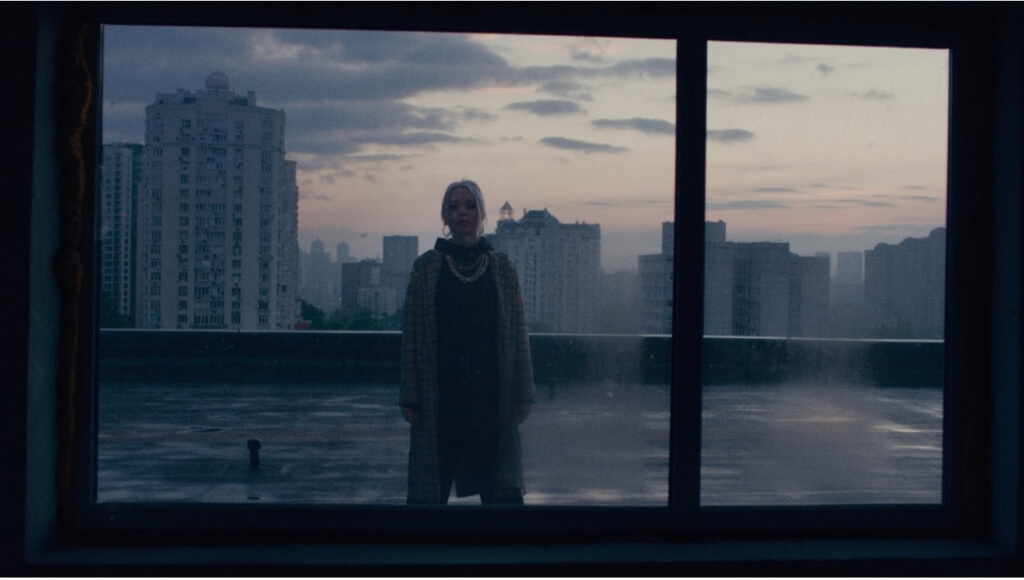 The official symbol of the project is a raised hand made up of multiple hands of different colours. The different shades of colours resonate with the LGBTQI+ flag but are a little more toned back and calmer. The font used to spell the title of the song is also interesting; the words “Різні” and “Рівні” appear almost identical with a strong similarity in the designs of the Cyrillic letters “з” and “в” — connecting with the themes of sameness and oneness.