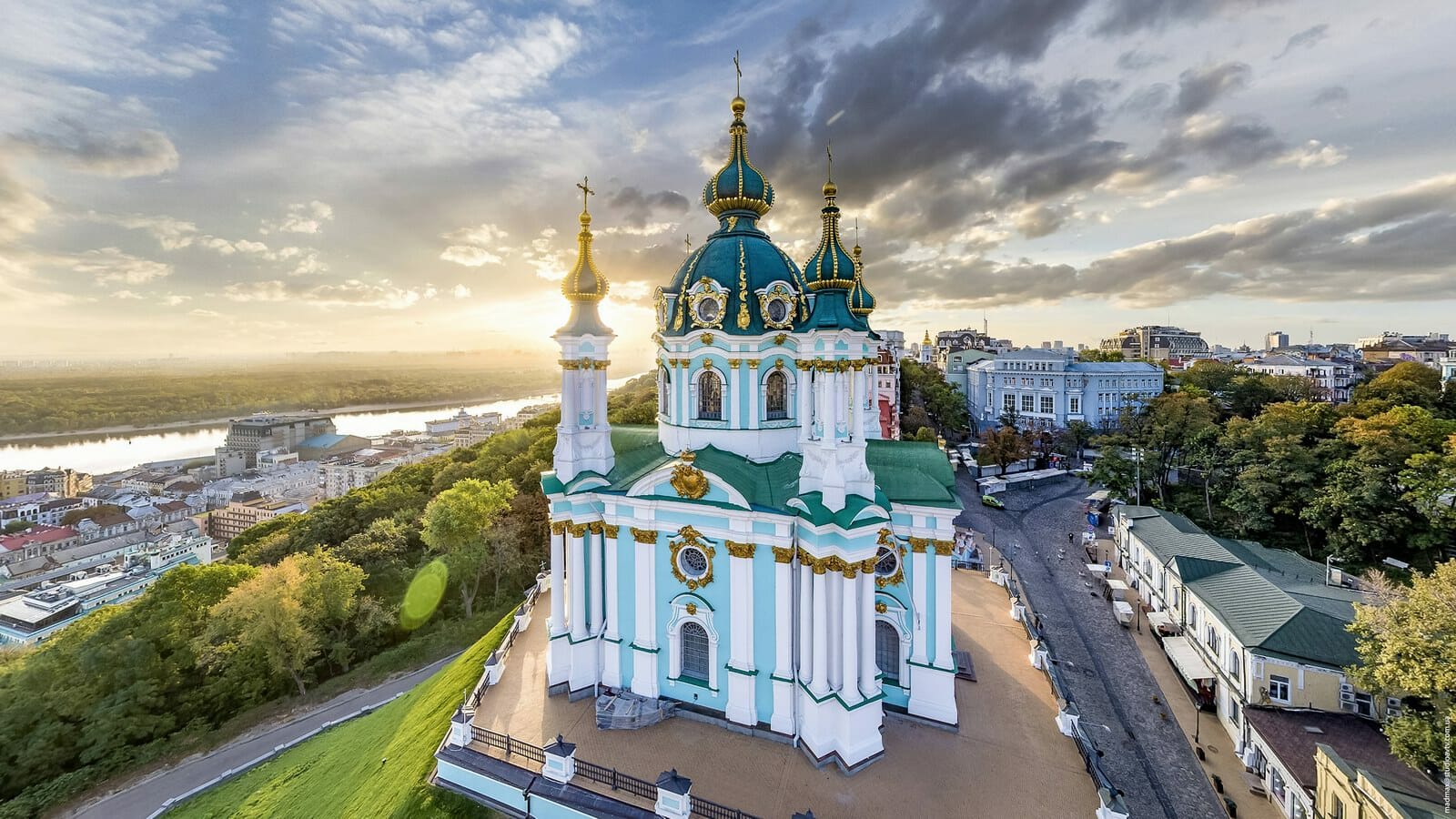 It stands to reason with a millennium-and-a-half of history behind it, the city of Kyiv has a fair few skeletons rattling in its closet. Over the centuries, many of them have grown into the stuff of myth and legend, punctuating the tumultuous history of the Ukrainian capital with elements of intrigue, whiffs of scandal and smidgeons of spookiness. What’s On takes a look at some of them.

Myth and legend and fact seldom go hand-in-hand, yet humans have an inherit need to story-tell, and with time those tales tend to become taller – Kyiv is no exception. Here, we delve a little deeper into some of the more mysterious stories of this city – from a love-story, to witchcraft, and a battle between man and beast, they are all part of Kyiv’s folklore.

We start our journey from atop Andriivskyi Uzviz at St Andrew’s Church. According to legend, it was built for a secret wedding between Elizabeth of Russia, Empress and Autocrat of All the Russias, also known as Elizaveta Petrovna, and Earl Oleksiy Razumovskiy, a Ukrainian Kozak who rose to become lover and, eventually, the morganatic spouse of the Empress. However, historians can’t find any proof the ceremony ever took place in St Andrew’s. While this mystery remains unsolved, the facts state that lightning struck the church at least three times until a lightning conductor was installed at the end of the 19th century.

Further down Andriivskyi Uzviz we find the supposedly “haunted” Castle of Richard the Lionheart. Completed in 1904, soon after it was finished owner Dmytro Orlov was shot and his wife sold the house. However none of the subsequent residents could bear to live there as they were constantly hearing strange noises behind the walls. No matter how spooky the story sounds, the noises had a very rational explanation and were caused by ordinary eggshells left in the ventilation system by the builders who were never paid for their work. The Soviets later took over the building, ridding it of the sounds when it was converted into a communal residential house. Regardless, the stories linger.

The spooky stories go well with another more salacious tale. While, this one is not a myth, many don’t believe that in the 19th century, Andriivskyi Uzviz was a red-light district to rival anything in Amsterdam. However, many of those coming here to satisfy sexual needs fell victim to witchcraft.

From Prostitutes To Witches

Centuries ago, there was a belief that witches and prostitutes were quite closely connected, and considering the history of Andriivskyi Uzviv, the street became infamous as a cradle of witchcraft. People also say witches gathered on Bald Mountain, the hill that overlooks the Vozdvizhenskyi District, for their mystical rites. Zamkova Hora, a hill that stands at the bottom of Andriivskyi, used to be an ancient cemetery and is believed to hold the grave of Oleh Veshchiy, a Kyiv Rus King from the late 9th century.

Continuing with witchery, one myth tells of two women – Ititsa and Bosorka, who were notable for partying all over the city; especially in the taverns of Andriivskyi Uzviz. Dressed as noble ladies, high-class prostitutes or fortune-tellers, they caused trouble in every tavern by taking a grey cat out of the sack they always carried with them. The pair would sit the cat on their table and when anyone protested, mice would start coming out of their pockets. Many complaints were made to police and finally the witches were kicked out of the city. But the grey cat was left behind, and ever since, the more superstitious will notice that in nearly every Kyiv building there lives a grey cat.

In the times of Kyiv Rus, a water reservoir with drinking water was situated right where the Fountain of Samson, or Felitsiyal, stands now. The water was sourced from a stream that ran down Andriivskyi Uzviz. People once thought of the fountain to be a symbol of the city’s prosperity, but while having a practical application, the fountain also serves a symbolic purpose.

One of Kyiv’s legends states St Andrew came to these lands when they were submerged by sea; he allegedly stuck his staff in the seafloor from which hills were raised. Many believe the sea is now subterranean and lies under the hill St Andrew Church stands on, where, at the sound of church bells, the waters would reawaken and the flood city: one reason why St Andrew’s Church has no bells.

The wooden statue of Samson battling a lion replaced the statue of an angel in 1809, however it provoked another myth. The son of the biblical King David is said to have come to Kyiv even before St Andrew. He stepped ashore and a lion jumped out of the forest. During the fight, Samson stood on the lion and both of them turned to stone. Now, the original statue of Samson and lion is situated in the National Art Museum of Ukraine, while we see just the copy.

Believe it or not…