Innovation isn’t a particularly popular concept in the world of civil engineering. While most designers love to experiment, it is difficult to do so with civil structures. The stakes are too high, and there’s only one chance to get it right. In case of error, the results can be devastating. So, to minimise the risk, civil engineers usually resort to building upon existing practices.

That said, Kyiv is home to a surprisingly large number of constructions built using technologies that were revolutionary at the time. One of the most famous examples is the Paton Bridge. First opened to traffic on 5 November 1953, the bridge is named after renowned engineer Yevgeniy Paton. It was the last project Paton ever worked on; sadly, he died just months before the grand opening.

Paton Bridge’s claim to fame is in the construction method: it is the world’s first all-welded bridge. Its dimensions are impressive too: at a staggering 1543 metres long, it connects the left bank of the capital to the right, from Prospekt Sobornosti to Bulvar Druzhby Narodiv.

The building of Kyiv’s first post-war bridge was far from a breeze. The previous bridge in that place had been blown up by retreating Nazi forces; to make way for the new one, the remains of the old had to be demolished. To achieve this, explosives needed to be thrown into the water, but couldn’t be allowed to get wet. One of the workers dreamed up the perfect solution: as it turns out, condoms make ideal watertight casing for explosive materials. (Remember, this was in the days before plastic bags.) It’s not for nothing that Kyiv is known as a centre of innovation. 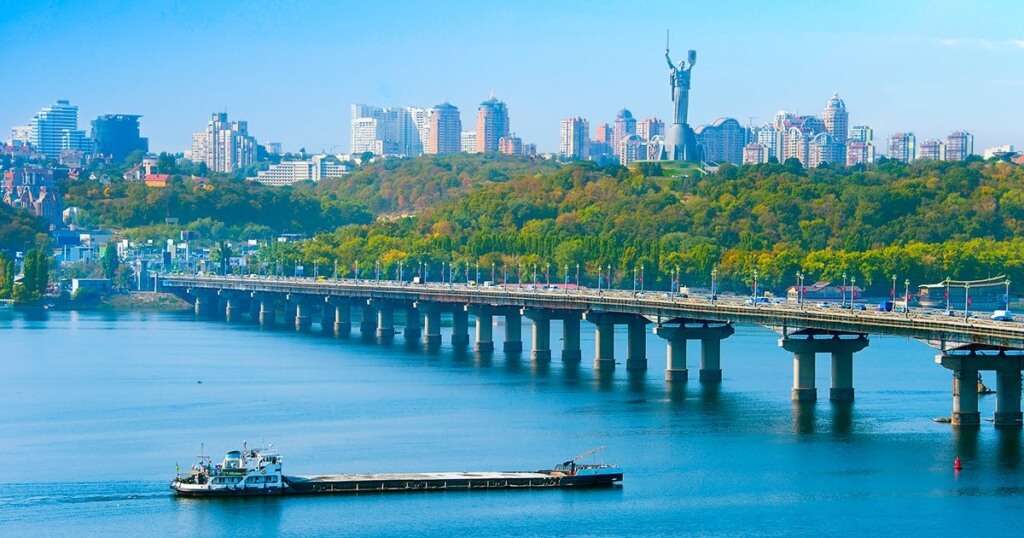 Paton Bridge is a beam construction; during the installation of the beams, an amazing 10 668 metres of welds were made. The 21-metre-wide carriageway – wider than most at that time – allowed trams to use the bridge alongside cars, until the tram lines were removed in 2004. It’s now a trolleybus route, but there has been talk of reinstating the trusty trams, which might cope better with the demand.

The three-metre-wide pavements on either side of the carriageway make Paton Bridge an ideal location for a stroll across the Dnipro. Although nowadays almost nobody crosses on foot (save for the odd fishing enthusiast), the bridge is said to have been a very popular spot for a romantic walk back in the day.

So next time you’re stuck in one of Paton Bridge’s notorious traffic jams, you might take a moment to marvel at its history. Plus, the views in the evening are still as romantic as they were in 1953. Who knows, maybe you’ll take your date there after the lockdown ends?