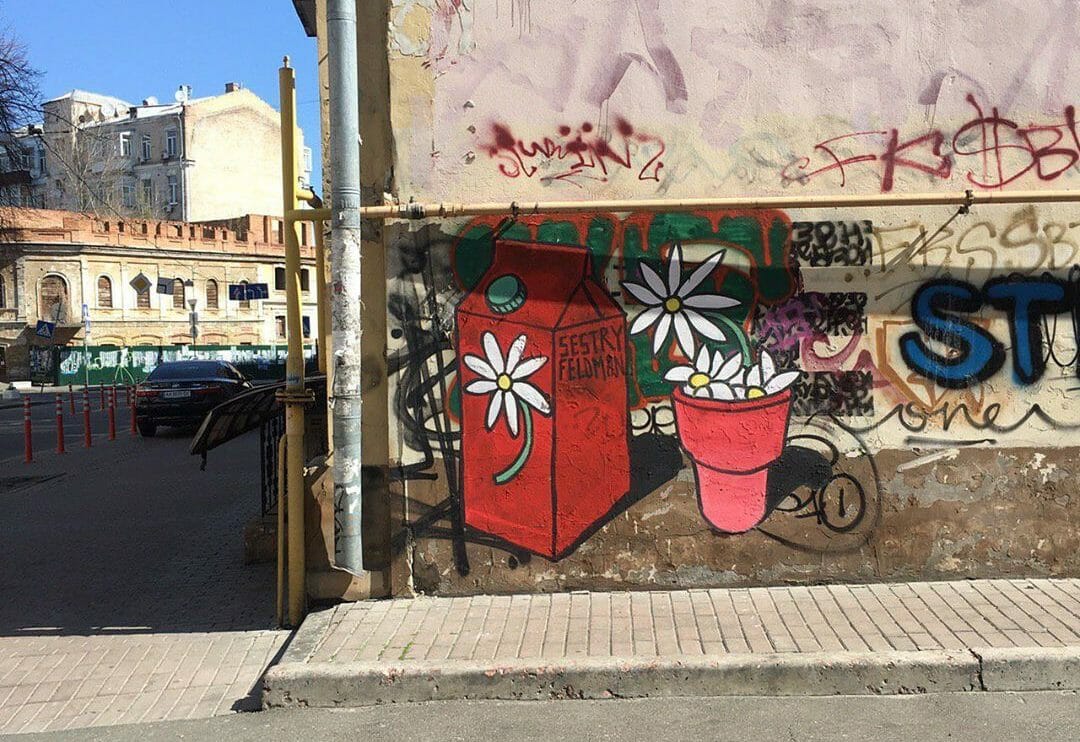 Michelle and Nicole Feldman are street artists. Expressing themselves in graffiti, or street art, on the walls of Kyiv, the ‘Sestry Feldman’ signature style is easily recognisable in the bright colours and cartoon-like feel of their work. In addition to city walls, the girls have been commissioned to paint for Closer art club, Brave! Factory Festival, musician Ivan Dorn, and more. 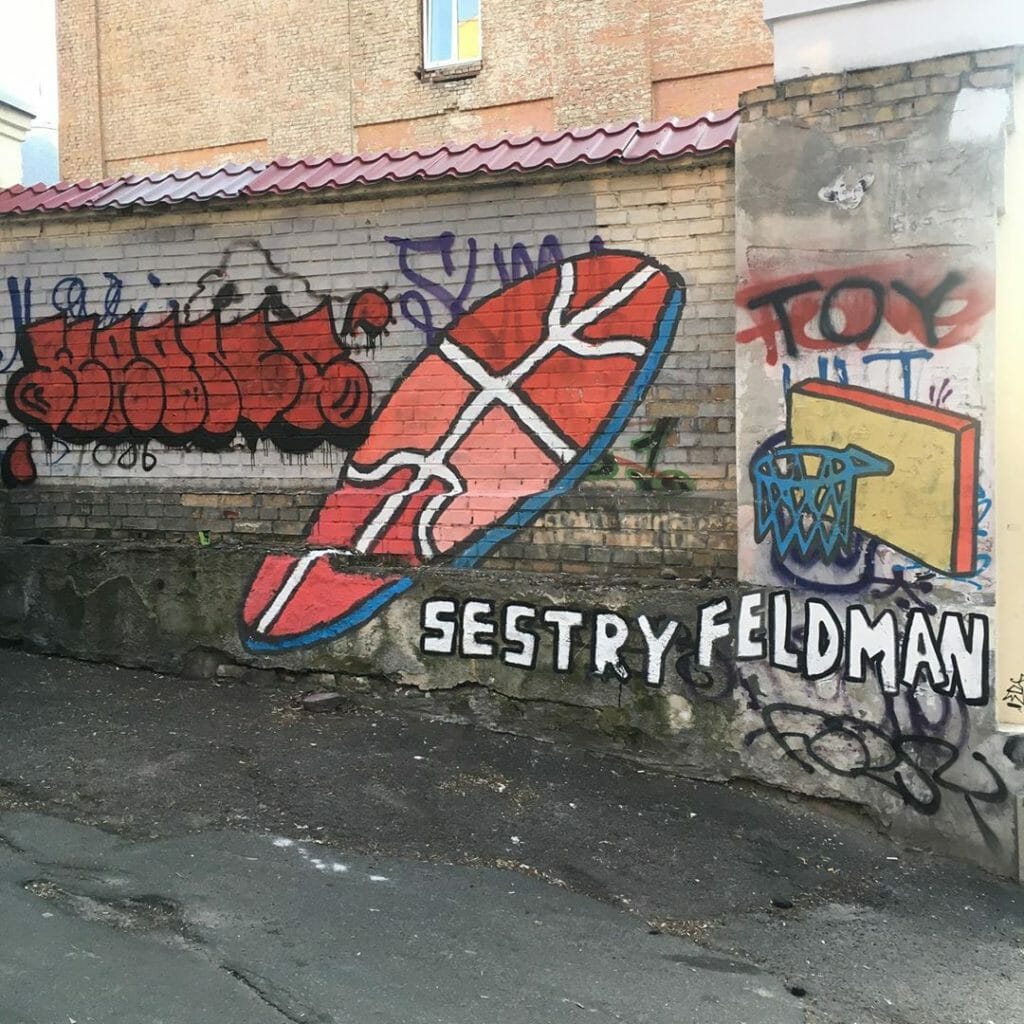 The girls say that street art is an active action that includes real dynamics. “You have a large unlimited canvas where you can play with space; unlike when you draw or paint at home, where each of us lives surrounded by objects: a chair of a certain shape, or the wall is painted some colour. Outdoors, you work with spectators.”

The thing is, the girls opine, you don’t just live in your apartment – you also live and work and move in the city. “If you walk along the street and see an ugly wall that might annoy you, you can think and then act: why not change it?” The suggestion is that if something has been created without your permission, then you have the same opportunity. “We like illegal art,” they say. “This is one of the reasons we do what we do – for the process itself.”

Of course, city residents react differently to their work. Some think the girls are bored, and that what they are doing is more akin to vandalism. Others see the value in it. The people Sestry Feldman meet when they are working is also one of the reasons they like doing what they do. “We have met some really cool people,” they reveal. “People will stop and talk and want to watch how the art, and, in essence, their city develops.

The two reveal one such instance which involved the local police. “We were painting a wall on a plant in Podil, when the cops drove up. They searched us, and even checked our phones. In the end they couldn’t find anything menacing and instead looked more closely at our work. ‘Is that acrylic?’ one asked. We had a short chat about the as-yet unfinished project, and then they drove off, giving us 10 minutes to wrap it up.”

The themes in their work appear undulating: Tarot cards, aliens, the jungle… In recent months, the two have been carried away by the Japanese culture, and before that they liked painting different aspects of the earth, expressing their vision surrounding the problems of globalisation, ecology, and the activities of corporations.

“We are inspired by the films of Alejandro Jodorowsky – Holy Mountain, The Dance of Reality, and Santa Sangre. This is where our idea of the Tarot came into play. Then we were introduced to Japanese motifs thanks to the manga film Ghost in the Shell of 1996. Not to mention our punk influence, thanks to the Wachowski brothers (now sisters).”

They see Heironymus Bosch as being especially instrumental to previous generations. Creating fantastic illustrations of religious concepts, this was during a time when people didn’t too much against the religious world. “Today, people better understand and some may even appreciate how heretical his works were. But that’s the thing: if you want to create something new, all you have to do is go back and look through the old literature. It will catch you, and you can’t help but create.”