The country is in a frenzy. In a word – elections

You’ve probably noticed that it’s election season in Ukraine. Maybe your Facebook feed is inundated with clever attack ads. Maybe you’ve been hounded by a vested volunteer handing you a newspaper you can’t read. You can’t have missed the billboards – there are so many up that even Samsung can’t hawk its new phone. Yes, it’s election time in Ukraine. So, here’s what you need to know. 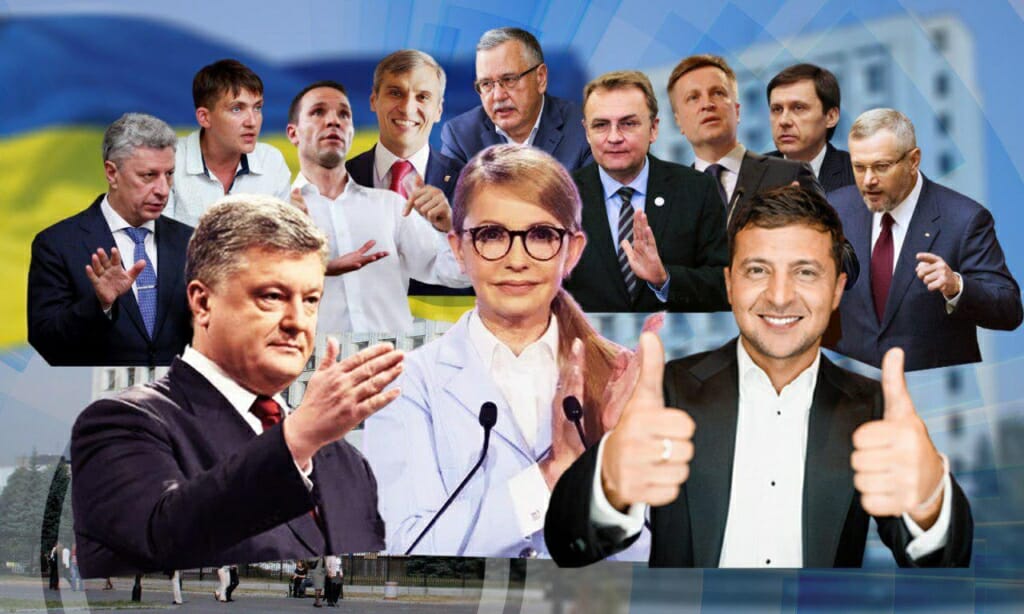 First: 44 people registered to run. Forty-four! For context, that’s twice the number of Republican candidates for President in the US in 2016. Do you remember those debates?
Of course, not all 44 can win. Some aren’t even trying. Take Yuriy Tymoshenko. Yes, you read that right. YURIY Tymoshenko. No, he doesn’t have a braid around his head like his more famous namesake – Yulia. But what he does have is the exact same first initial and surname. Coincidence?  You think?
Like the 2016 Republican primary, only a handful of candidates have legitimate ambitions on the top job in Ukrainian politics. So, if you’re looking to sound smart at your next party, here’s a little background to impress your crew.

How to remember him: A cross between Willy Wonka and Rich Uncle Pennybags. In fatigues. As President.
Party: Petro Poroshenko Bloc Solidarity
Ideology: Centre, Pro-Europe
Claim to Fame: With over 800 million USD in annual revenue, his Roshen confectionary company is one of the world’s largest. The name comes from, creatively, poROSHENko.

How to remember him: He plays President on TV like Kevin Spacey, minus the intellect and scandals (so far).
Party: Servant of the People
Ideology: Populist
Claim to Fame: The name of his party comes from the name of his popular TV show, where he plays a schoolteacher who becomes President.

Candidate: Yuliya Tymoshenko
How to remember her: The one with the braid. The one

with the straight hair and glasses.
Party: Batkivshchyna (Fatherland)
Ideology: Centre-Right, Pro-Europe
Claim to Fame: It’s believed that Tymoshenko first donned her iconic traditional braid crown to shed her image as an energy oligarch. It’s also believed that she shed it (and donned glasses) to disassociate herself from the ‘old guard’ the Ukrainian electorate despises.

How to remember him: The guy that tied all of Ukraine’s nationalist forces together behind him. Except the National Corps. But seriously…those guys cray-cray.
Party: Svoboda (Freedom)
Ideology: Nationalist, Far Right
Claim to Fame: Nominated after party leader Oleh Tyahnybok declined to run, drew support of Ukraine’s other nationalist parties, including the Right Sector, the Organisation of Ukrainian Nationalists, and C14.

Candidate: Oleksandr Shevchenko
How to remember him: Former director at Ukraine’s most popular ski resort, Bukovel.
Party: Ukrainian Association of Patriots (UKROP)
Ideology: Right wing, Nationalist
Claim to Fame: Hoping to convince the Olympics to come to Bukovel and his home state of Ivano-Frankvisk.

How to remember him: Yanukovych-light. “I’m an economist” – Vilkul, to everybody.
Party: Opposition Bloc – Party for Development & Peace
Ideology: Pro-Russian (Rinat Akhmetov)
Claim to Fame: Vilkul leads the other Opposition Bloc faction, this one backed by Ukraine’s richest man – Rinat Akhmetov.

As of 11 March, Rating Sociological Group was able to ascertain these ratings in a survey from 1-7 March. It may come as a surprise – but is no laughing matter – that showman Volodymyr Zelenskiy leads the pols with 24.7% of respondents ready to vote for him. Second in the polls is Batkivshchyna leader Yulia Tymoshenko with 18.2% of the vote, while our current fearless leader trails in third with just 16.8% of the electorate.

Don’t Count Us Out

Candidate: Anatoliy Hrytsenko
How to remember him: You don’t. Nobody seems to have any serious issues with him and yet nobody seems to want him to be President either.
Party: Civil PositionIdeology: Centrist, Pro-European
Claim to Fame: Former Minister of Defense. Like 15 years ago.

Candidate: Oleh Lyashko
How to remember him: Think of the angry mob from The Simpsons. Lyashko is the guy with the pitchfork.
Party: Radical Party
Ideology: Radical, Populist, Agrarian
Claim to Fame: He is known for his political stunts, like bringing a cow to parliament and claiming his pitchfork, the symbol of the party, as an ‘asset’ in his e-declaration. 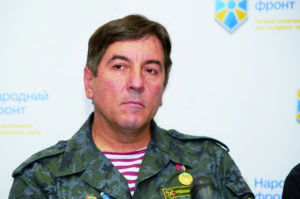 How to remember him: You can call him Dolly, although at least Dolly was the first clone of her type.
Party: Independent
Ideology: Deluded
Claim to Fame: Having the same initials as Yulia Tymoshenko – and believing that’s enough to run for President.

A Day in the Life of …an Election Observe

That’s DOCTOR Ulana Suprun to You