In 1852, St. Volodymyr’s Cathedral was commissioned by St. Metropolitan Philaret of Moscow in commemoration of the 900th anniversary of the Baptism of the Kyivan Rus, which was performed during the reign of Prince Volodymyr I, also known as St. Volodymyr, the Great. 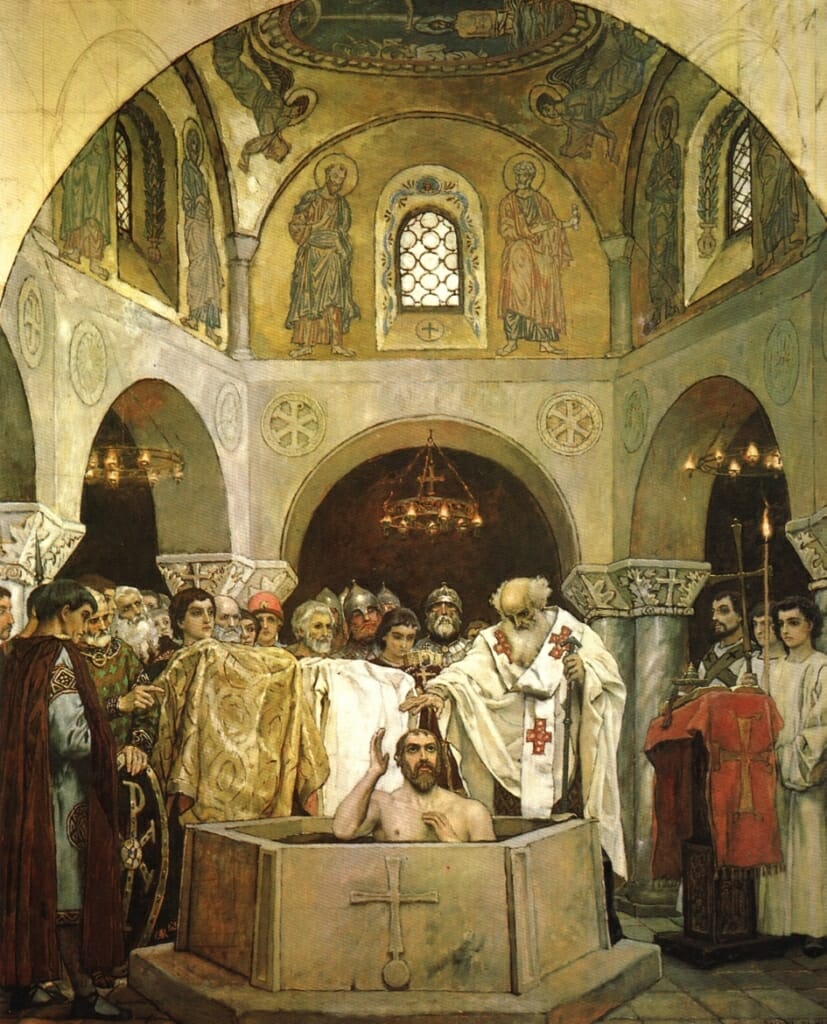 Officially designed by Alexander Vikentievich Beretti in neo-Byzantine style, the iconography is influenced by Western design, leaning more on the principles of realism when it comes to shadowing and perspective. Indeed, the iconography was designed and executed as a collaboration between Slavic and Italian artists, with the mosaic work finished by Venetian masters. Overall, the interior of the Cathedral leaves the viewer with a mystical and the mysterious impression. The building’s structural design was completed in 1882 while the iconography was completed in 1896.

After the Russian Revolution, the Cathedral was seized by the Soviet forces and converted into an anti-religious museum. However, after World War II, it was remarkably allowed to reopen with an active status, one of the few places in the USSR where at least tourists could go and worship.